by Brett Thomas on March 23, 2012 in Editorials & Interviews

A lot of effort goes into choosing the right parts for your newest computer, but Senior Editor Brett Thomas thinks the focus can sometimes be a bit off. In this article, he outlines where the best bang for the buck can be spent on your high-performance rig… and believe it or not, it might not be where you think!

So here we are again, at the cusp of another great graphics card release from NVIDIA. We can see the tests showing the newest card trouncing everything that came before by tremendous amounts…and at $500, it will also stomp on your wallet. With GPUs routinely selling for $300-500 and CPUs that can come close to $1,000 USD, how is someone supposed to build a decent system to game on anymore?

Buying the best and brightest card, CPU and motherboard might be the way to go for increasing your Fraps and 3DMark results to mind-boggling levels, but most of us have a budget to keep in mind. Given that, we often have to get the most out of our parts for as long as we can, and I think we overlook some of the best ways to do that while we stare at the shiny spectacles of new cards on launch day.

This little article isn’t designed to tell you not to buy that bleeding-edge card if your heart is set on it. After all, someone has to pay the early-adopter cost and we ALL want to have a top system once in a while. Instead, consider it a little treatise designed to help you look towards what will last you from build to build, and what you might not want to skimp on.

In enthusiast computing, we’re often amazed at the pace in which technology moves. Things get outdated in matters of months, and support for legacy – particularly in recent times – has been falling by the wayside. However, not everything gets replaced as quickly as your socks get changed.

Chassis: When you buy yourself a chassis, you aren’t buying something to only hold the computer you’re just building. Most people use a chassis for many builds and hardware change-outs over the years. Personally, I used the same Antec P180 for years, before finally switching over to a beautiful Corsair 650D mid-tower for my gaming rig. When I had the Antec, I needed the silence – and now that I value the airflow and access more again, I wouldn’t trade the Corsair for anything. 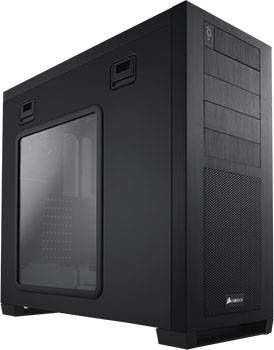 A well-built and feature-rich chassis will last for years.

A chassis doesn’t have a lot of technology that changes on it – it needs to be roomy enough to hold your gear, and it needs to have the ventilation necessary to support good airflow. Outside of that, a chassis should be valued on its ease of operation and aesthetics – a good chassis gives you access to your components, can handle a few bumps and bruises, and matches your style. Purchase based on your needs, but don’t go to the bargain-basement – that same chassis that looked like a steal at $75 in the local store is likely to rattle like crazy when closed and cut your fingers when open. Splurge a little bit to buy yourself something that will stand the test of time and give you room to grow, and looks good doing it.

Power Supply: I don’t know how many times I’ve had to mention the that the power supply is just as important as any other component in your system. In fact, it is the one component that can actually ruin everything else in your system in one fateful go. With that kind of power (pardon the pun), is it wise to skimp here?!

PSUs have a lot of mystique around them and even more smoke-and-mirrors advertising, so here’s some basic facts: A PSU gets more efficient as it comes closer to its maximum load, so there’s no sense in buying a 1KW PSU to power… well, damn near anything. 500W-750W is a sweet-spot for most true gaming rigs. If you follow the advice listed later, then 500W should be about all you need for the foreseeable future.

An “80+” PSU is guaranteed to be at least 80% efficient at all loads, though the best brands look at that as under-performing. As a final point, efficiency matters – that being the percentage between the efficiency at a given wattage and 100% – it’s all lost in heat. So if your system needs 350W at full load and your PSU is 82% efficient at that wattage, you’re pulling 426W from the wall – and that extra 76W is lost as heat. That’s power you’re paying for.

So what happens with a cheap PSU? First, the efficiency graph is pretty lousy. Sure, it might say “up to 89% efficient,” but that’s at 495W of 500W capacity. Very importantly, there is an inverse relationship between the wattage of output and the stability of the voltage in cheaper electronics, as well. That means that the closer you push a PSU to its maximum, the less reliable voltage your parts are getting. Too little power can cause crashes, too much can fry chips. Neither is particularly appealing, particularly since a cheap PSU isn’t that much less expensive than a good one. Why chance frying a $300 graphics card over a $30 PSU?

Though there are several “good” PSU brands, I need to give a special nod to two in particular for phenomenal efficiency and reliability: Seasonic and Corsair. The Seasonic models tend to be a better “all around” PSU and the Corsair has very reliable power even at high loads, so choose based on your needs. Either way, they won’t be cheap – but they will last you years. In fact, my Seasonic 420w is going on nine years, five of which have been nearly constant operation.

CPU Coolers: The CPU cooler, or heatsink – particularly nicer after-market ones that we all know and use – will probably stick around nearly as long as your chassis. Motherboards don’t change pin-outs too often, and most heatsinks include multiple brackets to avoid that issue. A good model may cost a chunk of change (usually $50+) but it will come with brackets for both AMD and Intel, and likely be of use for years to come. 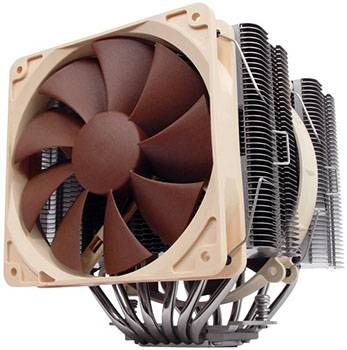 Like a chassis, a quality CPU cooler can last through many generations.

A good heatsink is more than just something that keeps your chip running cooler – it also helps maximise airflow in your case. This, in turn, is beneficial to every other part in there! Assuming it can really keep the heat off, it also will allow you overclocking headroom that you wouldn’t normally have, helping you extend the usability of your CPU. Oh, and if your GPU doesn’t have a decent one, look into replacing that one, too!

I should also mention that it could be wise to consider buying a heatsink from a vendor that regularly offers cheap bracket upgrades in the event of a new socket. Paying $10 for a new bracket after your upgrade is preferable to buying an entirely new heatsink!