by Brett Thomas on March 23, 2012 in Editorials & Interviews

A lot of effort goes into choosing the right parts for your newest computer, but Senior Editor Brett Thomas thinks the focus can sometimes be a bit off. In this article, he outlines where the best bang for the buck can be spent on your high-performance rig… and believe it or not, it might not be where you think!

Page 2 – SSDs, Displays, What Not to Buy & Final Thoughts

SSDs: Solid-state isn’t just for the super-speed machines anymore. The costs on small drives (60GB and below) have fallen so much that it’s silly not to use one for your operating system, given the performance improvements over a conventional drive. If possible, buy a couple 60GB – one for Windows, and one for your Steam catalog. 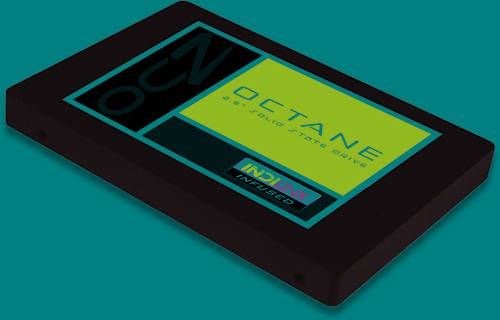 Moving to an SSD is one of the best possible upgrades you could make.

SSDs are, again, something with multiple benefits. Aside from being speed demons, they’re incredibly low-power. This low power also means no real heat effects in your case, making for a cooler, quieter computer. Every little bit helps!

Display: You should really never skimp on your display. The fastest refresh is not the best! This “millisecond myth” has been propagated again and again, and cheap-as-chips displays nowadays prominently display that ms rating and a dynamic contrast ratio that’s often imaginary. 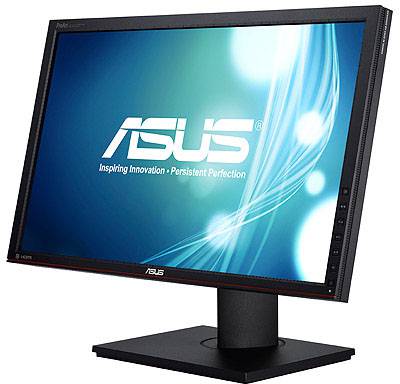 You’ll be looking at this thing nearly everyday. Enough said.

In fact, let’s talk about dynamic contrast – on many cheaper models, it’s rated by turning the brightness down to nothing on the backlight, then up to full! This is not how we view monitors, and it’s unrealistic at best. It covers the monitor’s total possible gamut, but there is simply no way to display even a decent fraction of that ratio at once, eliminating the entire purpose of measuring contrast. There’s no real a way to tell whether this is how it is measured for the one you are looking at or not, so make sure to read reviews and focus on the ones that sound intelligent about colors.

Odds are good that even a decent monitor is going to last you for years, and it’s the sole viewport to every other dollar you’ve spent on the machine! You might as well enjoy feasting on the visual fruits of your labor in the best way you can.

What NOT to buy…

Ok, so the title of this section is a little misleading, given that I stated in the intro that my point isn’t to dissuade you from the best and shiniest. But let’s put some things into consideration, shall we?

Top-end Graphics Cards: The top graphics cards easily cost over $400, with new releases starting around $500. But do you need to play your current games at 240 FPS? Even 3D gaming monitors are capped at 120Hz refresh, and a non-3D monitor is 60Hz (that’s 120 and 60 FPS) – meaning that if your framerate never drops below that, your monitor is dropping the frames long before anything else. If you don’t have a need or desire to go 3D at present, even this generation’s mid-range card ($150-225) will play today’s games at high resolution with all the bells and whistles dialed up to 11 and keep up with that.

New graphics technologies evolve at a fairly quick rate, as well – DX10 was barely in infancy before DX11 was being pushed out the door, and the cards with new features were less than a year apart. Microsoft has promised a continual march forward in this technology now that it has unshackled itself from the DX9 model, and so improvements are likely to continue at a rapid rate. All of this makes it a bit silly to spend $500 on a new card when $225 or less will do all you ever needed it to do – you could spend the same amount on a new card in 2 years to do it all over again and still have saved money.

SLI/Crossfire: If your old card is not playing games the way you want it to, odds are that either you went for the ultra-cheapo model or we’re another generation forward. Either way, buying one of this generation’s mid-range will serve you better and last you a lot longer than buying a second old or cheap card. Buying two of this season’s mid-range to start off with SLI is also essentially a waste since one will likely play today’s games fine for you and two still won’t have tomorrow’s technology.

Super-clocked CPUs: This one could have some argument against it – but more speed is more heat, and more heat is faster failure and more expensive cooling. I’d rather have another thread than an extra 10% in MHz, if for nothing other than the fact that I often run a few pieces of software and still want to game. Most games don’t max out the CPU anyhow, as most of the strain is put on the GPU.

The only true argument against this is probably serious photo editing – despite programs like Photoshop and Lightroom having support for multiple threads, they don’t do a great job of utilizing this yet. As this improves over time (as things do), the benefits of more cores will greatly outpace more speed. I hold this belief so strongly that when I had my pick of processors for my newest system, I chose AMD’s six-core processor over a faster Intel processor with four cores and HyperThreading, as HT is not a true core!

You will notice that I haven’t mentioned the motherboard or RAM in my discussion – and that’s because these are items where it truly depends on other needs. Motherboards are a pain to change and people usually don’t until there’s a reason, so that’s an argument for spending decent money. Also, better mobos will have better power regulation, which keeps the whole board and everything connected to it lasting a lot longer. On the flipside, technologies on the motherboard move at the same pace as graphics cards, it seems – bus speeds, PCI-Express versions, and numerous other things all seem to take steps ahead at different times and you never know which one will compel you to actually need a new one.

RAM, as well, is an “as you need it” decision. For my own needs, I went with as much as my motherboard could handle – a shiny 16GB – because I run a lot of virtualization and debugging tasks along with (and sometimes alongside) games. Normally, my suggestion is to add it as you need it, but RAM functions best when it’s all matched up and can be cheaper per GB in large kits. So, this becomes an “as your budget can handle” choice – if you think you’re going to need 16GB in a reasonable time, maybe pick it up so that it’s not an expense down the line.

Wrapping it up with a bow

I hope that you find this article to be some intriguing food for thought when it’s time to scope out your next system or even what to replace on your current one. There are always a lot of variables to be weighed – what’s out on the market, what your needs are and what your budget is. It’s easy to get caught up in the glitz and glamour of the latest and greatest GPU or CPU… and then outside of choosing a decent motherboard, the rest of the parts get the budget of “whatever is left.”

In reality, it’s the unsung heroes – the chassis, the PSU, the heatsink – that carry a lot of the load from build to build. Whether you buy a new processor, add some RAM, or update yourself to a shiny new GPU, you’re likely going to put them into that same chassis and hook it up to the same power supply. It’s worth it to invest in these “old faithfuls” – they’ll be there time and again.