In a follow-up to last year’s Modern Warfare 2, Treyarch aims to impress with its most ambitious project yet, Call of Duty: Black Ops. The game features a solid storyline, fantastic gameplay, many unique elements, and a ton of content… even a bonus game or two! Did Treyarch deliver on all the hype that led up to Black Ops’ launch?

Fans of the Call of Duty franchise are in a unique position, one that allows them to experience a brand-new game every single year. This is helped by the fact that the series has two developers, Infinity Ward and Treyarch, and while the more hardcore fans can easily distinguish when a game is developed by either, the core gameplay is usually the same… oh so satisfying.

As the cycle goes, 2010 was Treyarch’s year to deliver, and the result is Black Ops. Unlike all of the other CoD titles Treyarch has released, Black Ops isn’t based line-for-line on different real-world occurrences, but rather features one fictional continuing story. Because of this, the game is somewhat akin to the Modern Warfare series that Infinity Ward handles, and for the most part that is appreciated. Who doesn’t love a good story?

Black Ops takes place during the Cold War, between the years 1961 – 1968. Typical of most Call of Duty games, you assume the role of more than one character – in this case, two. You will be switching between them throughout the game, which will help you get a grasp on the big picture. 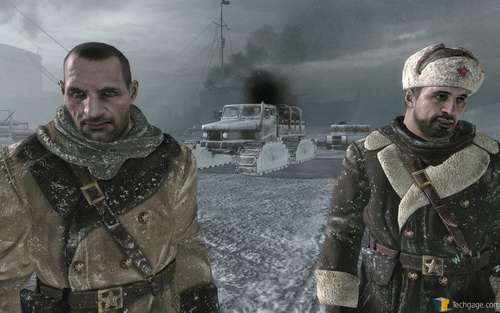 All the missions throughout the game occur as flashbacks, with the lead character, Alex Mason, being interrogated in between each. Mason is continually drilled for the meaning of “numbers” relating to a numbers station that if better understood could prevent a war, but having just spent two years in the Vorkuta prison camp, he’s been almost completely brainwashed and can’t begin to understand the situation at hand.

The game features a rather complex storyline, and many times throughout the game I found myself a little confused as to the facts. In the end, though, the story is easily one of the best parts of the game, and after completing it, I immediately felt the need to go through again so that I could fill in all of the blanks I missed.

An overall goal in the game is to seek out and destroy Nova 6, a Soviet-created chemical weapon that as you might expect, is ultra-destructive and literally skin-melting. The effects of this poisonous gas becomes clear as the game progresses, and there are multiple occasions where you will see it in action first-hand.

Early on in your mission, you will meet Viktor Reznov, a former Red Army soldier who will explain to you many of the things you experienced while being held in Vorkuta, and he’s in some ways your guide, reminding you of who was responsible for the torture you endured. With Reznov often at your side, you will be in search of those who made your life a living hell and attempt revenge – all while still seeking out this Nova 6 chemical weapon. 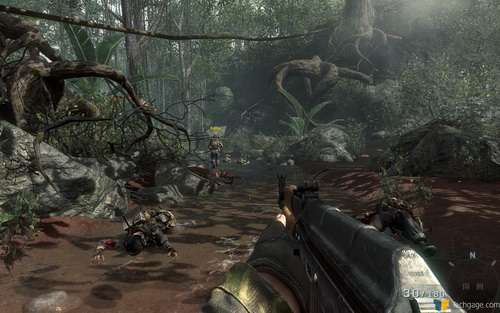 As is typical of Call of Duty games, Black Ops does well to keep things interesting from start to finish, and you’ll never find yourself in the same locale for too long. I consider this to be a major advantage over the recently-released Medal of Honor, which features near-identical landscapes the entire way through. There’s nothing like variety, and Black Ops certainly gives us that.

There is no specific location where most of the game is set, although a lot of time is spent in Russia and Vietnam. In addition, you’ll also travel through Cuba, Laos and the Ural Mountains. You’ll see lush jungles, ice-capped mountains, desert, roof tops in rainy Asia, the Pentagon, frozen ships, and of course, many war-town towns and industrial buildings.

With so many titles on the market like Black Ops, it’s hard for developers to keep things fresh and unique, and while a lot of what’s seen throughout the game is standard fare, there are still opportunities to be wowed. The game’s trailers that led up to the launch showcased a lot of these. You’ll be flying your own helicopter across a gorgeous river in the jungle, motorcycle your way out of the Vorkuta gulag, and even swim into a deep ocean to get inside an underwater complex. 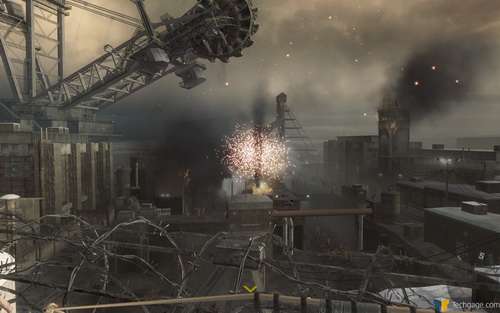 Even so, there are many gamers who continue to believe that such military shooters are becoming stale, and if you are one of those, Black Ops might not be for you. As long as games like these are done right, I can eat them like candy, but it’s understandable that not everyone is like that. The same goes for those who loved Modern Warfare 2. If you are a fan of modern war, then you might not enjoy Black Ops quite as much. Personally, I preferred Black Ops even more than Modern Warfare 2, but my CoD-loving brother disagrees, and prefers last year’s title much more.

One thing I found the single-player missions lacked in was any sort of real stealth. There are occasions where you must creep up behind someone and shove a knife into their neck (this game is violent), but aside from that, no missions truly depend on it. One of the best missions in MW2 took place in the snow and was almost entirely stealth, and was great fun. I wish I saw more of that here.