Well, for those of you who have been waiting, itâ€™s here. Itâ€™s finally frickinâ€™ here. Cell Factor hits the streets today and in a surprising move by Immersion Games, Timeline Interactive and Artificial Studios; the game can be downloaded in its entirety completely free and more often than not, free is good. Usually.

For those of you who might be new to Techgage, we have given Ageia a considerable amount of coverage since their announcement of the PhysX platform at the 2006 GDC in San Jose. Since then, they have been on somewhat of an emotional rollercoaster with PhysX taking heat for the lack of games in its stable but at the same time, being garnered with praise for the incredible potential that the technology holds. At the GDC, in their suite, various members of the press were given sneak peeks at not only the cards themselves, but of the games that are enhanced by using their technology.

In what can only be described as an incredible tech demo, we saw Cell Factor in action, being driven by monster Alienware PCs equipped with Ageiaâ€™s PhysX PPU (physics processing unit.) In that meeting, the vast amount of objects on the screen being interacted with was amazing. Either by high tech weaponry or by “Bishopâ€™s” psi powers, these objects were blown up, shifted around and impressively, used as blunt weapons. This meant that on multi-tiered levels, a pair of combatants could be throwing down on the top level and as they fight, they knock a stack of pipes down onto the lower level. If you happen to be on that lower level, look out. Using that same scenario, if you happen to be playing as one of the characters with psi powers, you can catch that object and either hurl it back in the direction it came from or even more resourcefully, at the closest opponent to you.

At the end of GDC, there was a significant buzz surrounding not only Ageia, but around Cell Factor as well. Not only did it look amazing, but with the Ageia PPU, it added a whole new dimension to game play and did so for the better. As time went on though, the game looked more and more like a tech demo and less like a game that would eventually see the light of day. As the excitement surrounding Cell Factor waned, so did the enthusiastic reception that Ageia initially enjoyed. 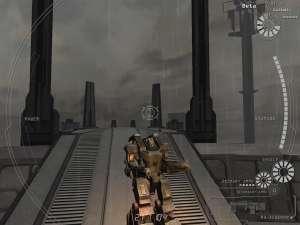 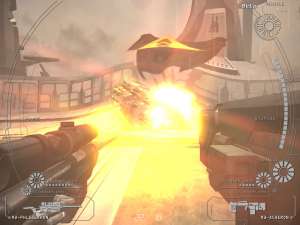 With only a select few games available that actually used the PhysX card, it was becoming increasingly difficult for sites like ours to recommend the purchase of the card. We were fed GRAW, which really wasnâ€™t all that impressive with PhysX enabled and up until today when Cell Factor is released, the only enjoyable game which is truly enhanced by the PhysX card, was a small game available on Valveâ€™s Steam called RoboBlitz. Now we have Cell Factor and in this editorâ€™s opinion, not a moment too soon.

The back-story isnâ€™t exactly a new one. Not unlike most other sci-fi storylines, the world has been taken over by a mega company called LIMBO. Rather than ramble on and on, letâ€™s get it straight from the horseâ€™s mouth.

“After a series of cataclysmic events, the planet is now dominated by a superpower, known as the L.I.M.B.O Corporation, dedicated only to the advancement of technology â€“ no matter what the human cost. This technology forms the basis of a cybernetic-enhanced humanoid army â€“ the Technocracy, whose telekinetic powers are used to maintain order across the planet. A scattered human resistance fights for one last shred of freedom, tapping into psionic abilities in an attempt to conquer what appears to be an invincible enemy. The gamer can play as characters from both sides of this war. 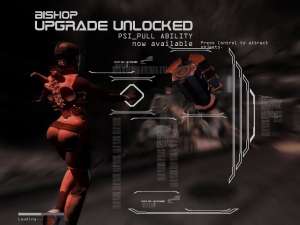 There you have it. In a nut shell, the world has gone ten ways to hell and itâ€™s now up to you, the player, to save the day, defeat L.I.M.B.O. and while youâ€™re at it, get the girl. I think thatâ€™s how it goes. This sounds like a rather compelling storyline and the bad guys actually have a cool name, but how deep can we stick it in the man with only 5 levels and when all of those 5 levels are basically multiplayer with bots instead of human opponents?