The final aspect of Cell Factor is the types of multiplayer games that can be played. Supporting up to 8 LAN players, as well as 10 AI bots, there are four different types of games that can be setup. These game modes are Assault, Capture the Flag, Deathmatch and Team Deathmatch. In assault, the mission is to plant a psi bomb in your enemyâ€™s base. One the bomb explodes, it emits a psi force that creates a psionic vortex and pulls everything around it into the unknown.

Capture the flag is a fan favorite and is the same as most other games. The only difference in Cell Factor is that the flag much me moved using psi power. This leaves the Guardian out in the cold but he can ram it if needs be. He is best used as protection unless itâ€™s necessary to take the offensive. Deathmatch is a no holds barred slug fest with the best player remaining at the end. Team deathmatch is just like normal deathmatch but with teamsâ€¦ who would have figured that?

Game play was smooth thank in part to both the hardware used as well as the PhysX card from Ageia. In our test machine, we used an Asus PhysX P1 card but should you own or are interested in owning a BFG card, it will operate the exact same. Frame rates did drop where was a lot going down on the screen but running FRAPS, we averaged a very a playable 36 FPS overall. It did dip into the high teens but didnâ€™t stay there for long and if anyone would like to play the extreme PhysX levels without a PhysX card, good luck.

Another thing that could possible help Cell Factor along is that editing tools will be available for free with the game and will allow modders to tweak the existing levels and even create their own. Perhaps a Counter Strike effect can occur hereâ€¦ who knows?

As you read this, more and more people are going to jump into line to download their free copy of Cell Factor and while itâ€™s a large file, it will be worth the wait for those of us downloading. Judging the game completely independent of our feeling of Ageia, if thatâ€™s possible since they have gone hand in hand for so long, it leaves us both impressed and disappointed. The additional levels are killer and the game in its entirety brings more to the table than every other game to date. Itâ€™s too bad that itâ€™s so short. 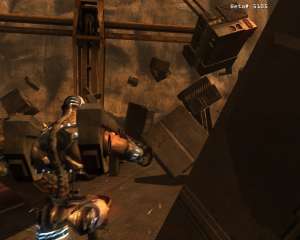 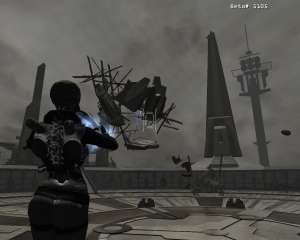 As it stands it still feels like an extremely polished tech demo but it does succeed in showing off just how well a game can play with Ageiaâ€™s PhysX PPU. Playing though the game, itâ€™s nice to finally see something, anything come to life for Ageia. Does this mean that Cell Factor will sell Ageia thousands upon thousands of PPUs? As much as I hope it does, I doubt it will. This is not a game that would make a person run out and shell out $150 for an adding card that can only at this time, run this one game. I know there are others out there but Cell Factor is the only game that would make me even consider purchasing a PhysX card at this time. What I hope it does do is show developers just how powerful this card is and turn them on to using it in their future games.

As a standalone game, Cell Factor gets an 88 out of 100. Itâ€™s one of the more enjoyable games available and the fact that itâ€™s free is amazing. With the PhysX card, I would even say that it kicks ass. There is something to be said for playing as Bishop and decimating your opponents with anything and everything that isnâ€™t nailed down. I mean, how do you fight a wall of debris? Itâ€™s incredible and considering that the game is free, I highly recommend everyone download this regardless of if you have a PhysX card or not. It definitely worth the wait and I hope that if it does well, because as it stands now, it feels like a very complete multiplayer game with little to no single player value at all. LAN parties could be a great way to spread the word as the game is free and can easily be shared among the attendees, Ageia card installed or not.

Good game Immersion Games, Timeline Interactive and Artificial Studios but itâ€™s only a start. I would like to see a stronger single player title in the future but you have a small hit on your hands with this one. Good going. For those interested, here are a few gameplay videos I put together. 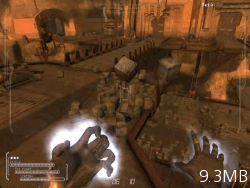 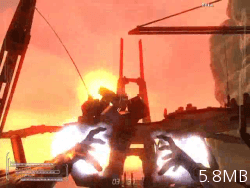 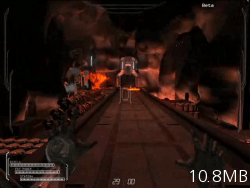 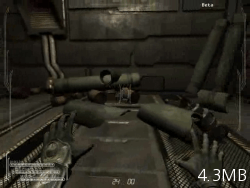 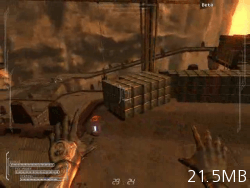