Even though CES is long over, we still have a good deal of stuff to report on. In our part 1, we took a look at many products that caught our interest on day 0 and 1. Part 2 will concentrate on whatever really caught our interest during the remaining days.

Undoubtedly one of the most drool-worthy products I saw at the show isn’t actually a product for sale, but rather one anyone with a huge wad of cash can build today. Intel had an 8-Core machine running using two Quad-Core Xeon processors and had the demos to prove it’s usefulness. Even though this was more of a tech demo, there is nothing stopping anyone from running out and purchasing whatever is required to build such a machine today. Our friends at Phoronix took a look at a similar machine a few months ago, but ran Linux of course. So it was good to see a machine in person running Windows and benchmarks I was familiar with. 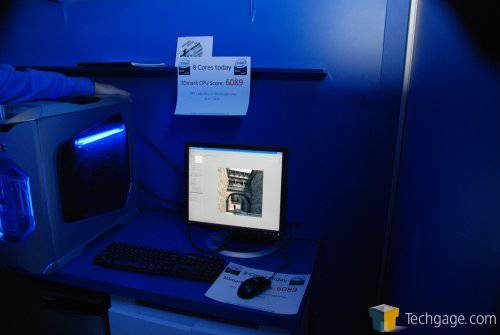 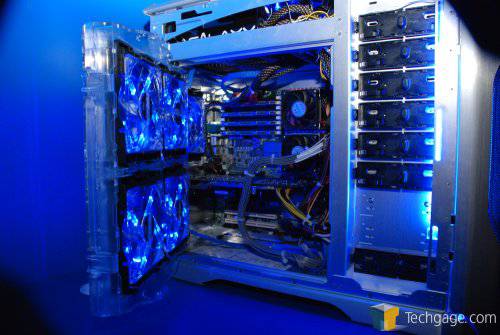 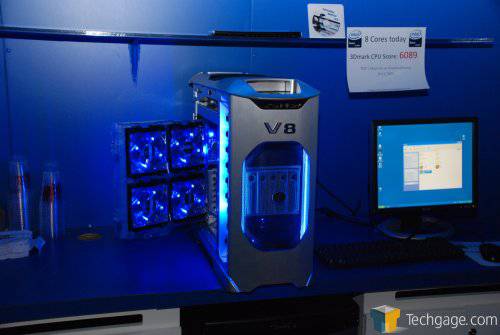 In terms of results, the approximate 3D Mark 06 CPU score was just over 6,000 and the Cinebench multi-thread benchmark was 2,350. These numbers go to show the potential that multi-core processors have. Intel also showed us a demo called Ice Storm Fighters which somewhat reminded me of the snow scene in Star Wars: Episode V (I believe). Although there is a lot of action on the screen, adding even more is possible with a keystroke. Once you add more action, you can halt the use of certain cores to see the performance difference. It’s a somewhat simple demo, but again shows you what possibilities lie ahead in future games. As it stands, UT2007 is capable of handling 5 cores right out of the box, so it may not be too long before a system like this is on your list.

The only thing that may have been cooler than the 8 core machine was the blue ambient lighting that was going on. I now have to deck out my room like this ;-)

As I mention in all my memory reviews, it doesn’t take long for one company to outperform another when it comes to raw frequencies. Patriot proved this at CES. While Corsair introduced a PC2-10000 kit, Patriot had a PC2-10100 kit in the showcase and another kit in a machine with CPU-z open to prove the speed. How much does something like this matter? It doesn’t, but that’s not the point. Seeing such high numbers for products “almost ready” for retail is great. I have to wonder when DDR2 is going to run out of steam though. Soon enough we will benefit far more from higher densities rather than raw frequency. 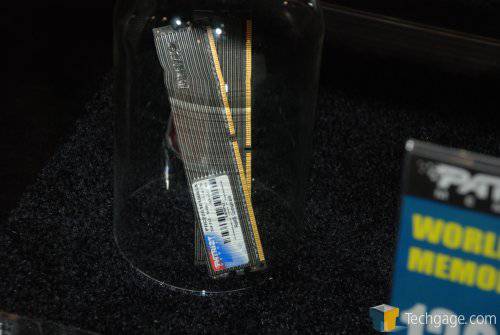 It has been a while since AGEIAs PhysX was launched and to be honest, we haven’t seen anything explosive since then. However, we had a great meeting with them and they showcased some games that are on the horizon and even ones currently available. We will be getting into all of that soon though. 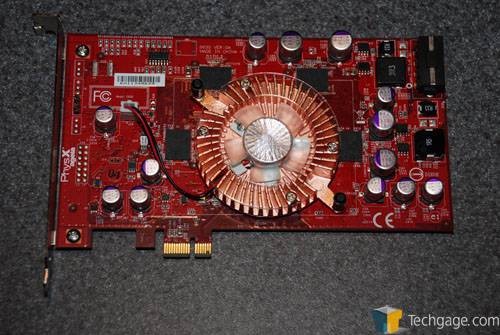 One of the biggest questions when the card first saw the light of day was, “Where the hell is a PCI-E version?” Well here it is… kind of. The PCI-E version is -only- available as an OEM, meaning it may be included with a purchase of a new pre-built rig, but it cannot be picked up off the shelf like this. We were not given a definitive answer as to when regular consumers can pick these up, but I think a good assumption would be the summer.