by Mario Figueiredo on November 21, 2011 in Gaming

It’s almost ironic that it would take the desire to create an MMO for the last survivor of the city-builder genre to come to life. The latest incarnation of that survivor is Cities XL 2012. It’s not an MMO, but rather a traditional city-builder sim that tries to cater to old-school SimCity fans. Does this game do enough to fill that void?

When Will Wright once said that the next instalment of SimCity would bring the franchise back to its roots and not condemn new players to a painful climb through the learning curve, he was very well aware that the city builder sim genre needed to adjust its direction or risk eventually disappearing.

His prediction all but came true. Will Wright said those words in 2004, but the promised sequel to SimCity 4 never materialized. It was only thanks to a small French studio that we have today a city builder in the category of AAA games. Monte Cristo originally developed Cities XL, and despite having folded because of it, Focus Home Interactive believed in the project, bought and reshaped it, and has taken charge of it ever since.

Cities XL 2012 is an accessible city builder that brings the genre back to the masses by providing just the right amount of complexity and variety without falling into a spiral of micro-management that would result into a steep learning curve. For veterans of the genre this may not be desirable. But for pretty much anyone else, this is exactly what was missing from the gaming shelves.

This is not a simplistic game, however. The game engine does a good job at introducing enough variables, and relationships between these, to keep players on their toes and focused on how to best develop and grow their cities. 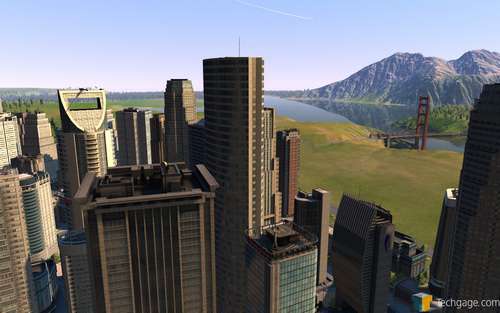 It is also a game that is not meant to force the player into constant adaptation. It’s in fact possible to build balanced cities that can remain unattended while the player strolls its streets enjoying the view. As cities grow larger, this task becomes more difficult, but always remains accessible. It makes sure it awards players with the ability to watch and enjoy the fruits of their labor, without being constantly pressed into action.

The game features no difficulty levels. It’s up to the player, in what objectives they specify and how they choose to implement them, to define how difficult they want the game to be. Once the player understands the game and its rules, they will be able to challenge themselves. Not be challenged by the game.

It is however certain that some maps will be more difficult than others. Planning a city on a barren landscape with very little natural resources like water, fertile land or oil, will present challenges to the player once their cities reach a certain size. But again this is the player decision to build in those areas before building thriving cities on more fertile grounds and use these as trade partners with their “city on the desert”.

Cities XL 2012 approaches city-building and management simulation in a traditional way. The main focus is in gathering enough money from taxes to pay for city infrastructure and services expenses and to build new projects. Money flows in from taxes collected from businesses and citizens. A city can expand only if the player builds new houses, and citizens will only come in if the current life conditions and happiness levels are adequate. New citizens require jobs and so the player needs to build new job infrastructures (offices, factories, farms, etc.). 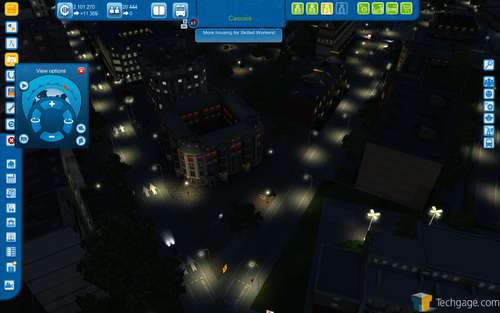 Players have a huge array of construction possibilities. There are many different types of roads, housing for the different types of citizens, police stations, parks, office buildings, factories, hotels, farmland, bridges, tunnels, and much more. The array of possibilities is vast and includes even mega constructions like the Cathedral of Notre Dame or the Colossus of Rhodes.

Players will also be able to choose between American-style constructions, European or Asiatic, giving their cities that extra flair. Housing comes in various styles, making sure no street block looks exactly the same.

This latest iteration of Cities XL has an impressive construction catalogue like no other game before it. According to Focus Home Interactive, the game counts over 1,000 different buildings.

Players are encouraged to build more than one city. The planetary view allows for the selection of city locations, from 62 different possibilities. Meaning a player could eventually build 62 cities, ranging from a metropolis with several million inhabitants, to a small seaside village. The player can set trade between these cities and build a commerce network that guarantees no city will lack resources even when these aren’t present on the map. This can also help build cities that lack certain types of infrastructures and still see those goods be canalized in through trade with other cities. 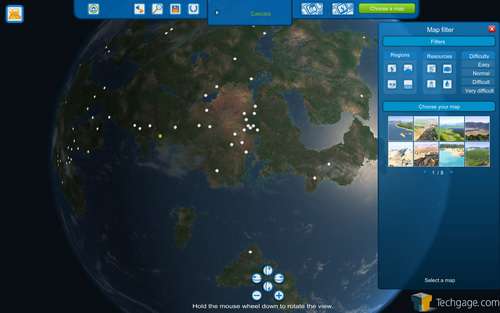 One of the natural concerns of a game of this nature is how well does the game engine scale as the city grows in size. Luckily, Cities XL 2012 does a good job at maintaining sanity at all stages of a city development, all the way to the large metropolis with several million inhabitants. The game engine doesn’t break and fall apart and the same rules maintain throughout, providing the player with a coherent experience.

With the large number of available building and structures, a player can feel overwhelmed by the options in front of them. Thankfully the game engine has the vast majority of these disabled at the early game and progressively introduces them as the player expands their city. This allows for newcomers to get a gentle introduction to the game and helps avoid bad or costly early decisions that could ruin the city and frustrate the player.

However, if this option feels too restrictive, or simply because the player has in the meantime gained enough experience with the game, it’s possible to change to Expert Mode and allow for all buildings and structures to become available from the very beginning of a new city.

As expected, Cities XL 2012’s gameplay is largely dominated by its user interface. It’s not a bad interface, but here and there it shows a lack of insight and doesn’t seem to always do a good job at separating between what is important information and what is ancillary.

One of the first things that immediately hit me was how difficult it was to read the text of the building icons down the bottom of the screen. In fact, the game font seems to be a recurrent source of problems. A look at the following screenshot reveals two problems. The one described above, and the very obvious fact that the font doesn’t always fit correctly with the interface. 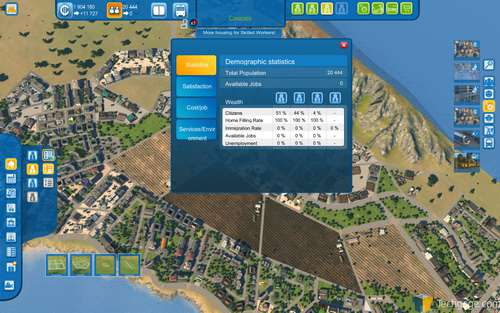 I also experienced a bug with the game after a normal installation that would render the text on some screens as squares (a typical problem with missing character sets). After searching the developer’s forums and doing my own investigation into the problem, I was able to solve it by opening the game configuration file (in my case, at C:Program FilesFocus Home InteractiveCities XL 2012DataConfigGlobalSettings.cfg) and removing a whole Localization_CSMS settings group for the Japanese language, maintaining the two English settings groups that were already there.

Problems aside, the user interface does a great job signaling problems and problematic areas in the city, as well as providing the player with all the tools and reports with just a few clicks. It’s intuitive enough to not demand much or require any exploration of the game manual, and preemptive enough so the player can feel secure that any problems in their city are the direct result of their actions and not of a user interface that hides important data from them and only displays it when disaster strikes.