GameTap is a new application that boasts a hoard of video games for the biggest of gaming enthusiasts, with many old and new game titles from multiple platforms and systems. It promises all the games in their original formats, total old school glory, and you can access the GameTap network right from your desktop, all in one. GameTap also promises new game releases often, new content and original programing for their MediaPlex within the GameTap software. Itching for some old school gaming? Then lets dive right in!

Game play was great though. All the games run smoothly with no noticeable lag. The PC titles do have some patches where you’ll get a little slow down times, a bit of lag from the server, but it is understandable with the size of the game. Otherwise play is relatively uninhibited. I played several games of Sonic 2, and a few games on Zeus. My son got to test it out probably more than I did, for he was constantly stealing the controller from me. 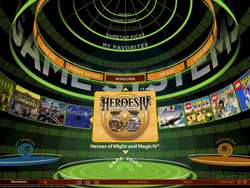 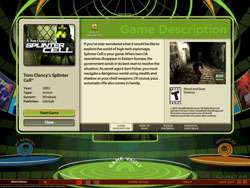 The MediaPlex has programming that is exclusive to the GameTap service, with behind the scenes information on Game Tap entertainment. It is the first broadband network of its kind devoted to video games, with bandwidth-fueled video features, histories, shows and more. The latest news about upcoming game releases will also be announced here.

The MediaPlex, from my standpoint is a lot like a commercial system: advertising up coming games, small comic shorts, interviews and small shows. You view it between games, or while your waiting for games to load. It has a lot of potential outside this though, and hope to see more of their promised programming, along with other shows, cartoons and other things of interest to gamers.

You can see the MediaPlex as stated between games, or you can go directly to it and check out the content it has. There are usually several short shows available to watch, but as stated before these shows won’t hold you off long enough for a PC title download. More expansion of the shows within the MediaPlex could help sedate the wait for those downloads, and also provide some fun entertainment for subscribers.

After reviewing GameTap I had a few questions for them about the service and its growth. Answers provided by Rick Sanchez, VP of Content for GameTap.

Jen McPherson: I would like to know if GameTap plans to have other game console titles available within the future, like Playstation and Nintendo, as well as PC titles by Microsoft, Blizzard or other companies?

Rick Sanchez: Although we currently have an expansive offering of almost a dozen consoles, GameTap definitely plans to roll out more systems in the coming months. I can tell you that we are planning to have the Saturn system up and running on GameTap in Q1 of â€™06. In terms of new games, we currently have 1,500 under license and will continue to add and grow the service in an effort to make it as robust as possible. We recently announced that Electronic Arts and Capcom signed agreements to have games on GameTap, and we are continuing talks with the other major players in the industry, so there will be more to come on this in the future. 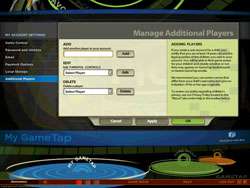 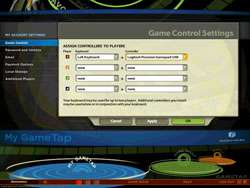 Jen McPherson: I’d also like to know the further use of the MediaPlex. What forms of media do you have in store for it? Will you offer movies for viewing in the future, shows, anime or other cartoons?

Rick Sanchez: The MediaPlex currently contains a full spectrum of original programming with new installments in the works for each segment, including the popular Space Ghost series. Beyond the regular shows, GameTap Entertainment is working with publishers to develop game trailers and other content for usage inside and outside of the GameTap world. For example, Turner recently announced the development of a behind-the-scenes documentary for Ubisoftâ€™s widely anticipated video game title: MystÂ® V: End of Ages. 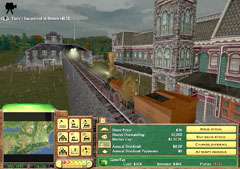 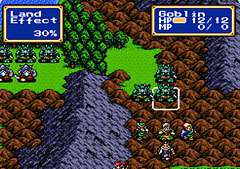 The documentary, which will be packaged with the Myst V: End of Ages Limited Edition disk as a bonus DVD, will explore the story behind Ubisoftâ€™s best-selling Myst franchise and focus on the creation of its final adventure. We are also actively working with a number of content creators to bring both established anime and cartoon series to the MediaPlex, but we want to go beyond the familiar and source some original programming as well that youâ€™ll find nowhere but on GameTap.