Overall, I’ve found the QuickFire Rapid to be an extremely sturdy keyboard with a lot of weight behind it due to the high quality individual switches. This gives it a quality feel with none of the creakiness in the body or the keys found in many of the other keyboards I’ve personally used that come of feeling flimsy and cheap.

When it comes to typing the QuickFire Rapid performed flawlessly. I didn’t notice any strange quirks or abnormal character input while writing this review although the feel of the low resistance switches took a bit of getting used to after using a non-mechanical keyboard for so long. Missing the number pad was also something that took some time to adjust to and in the end I found it to be a minor annoyance but it could end up being a major factor while writing a case or cooler review that contains more numerical data. 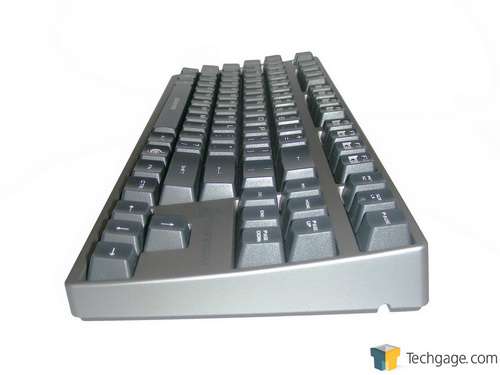 On an average day I clock in at about 110 words per minute and tend to type very heavily regardless of the keyboard being used and heavy typing means more noise. It’s just the way my typing habits have developed over the years. Due to the clicking from the switches and the fact that they offer such low resistance the keys quickly travel to their maximum depth and then stop causing another click. All of this translates into additional noise on top of what I already make. Slowing my typing down the keyboard did become fairly quiet with mostly the click of the switch being heard and an occasional hit of the spacebar.

For gaming the keyboard held up very well but the loss of macro support may not sit well with some. I wouldn’t say that I’m a hardcore gamer so I generally don’t use macros unless it’s for something tedious. My everyday driver system along with all of my games is out of action so testing fell on the shoulders of a hastily installed copy of Fear 3. It would have been nice to test with a game that I have played using my normal non-mechanical keyboard but when life gives you lemons…

The low resistance of the keys is perfect for my style of play since I like what would almost be considered a hair trigger. Since the keyboard uses a standard layout with nothing special added in all of the keys were easily pressed and again there was no abnormal input noticed. Overall the session was enjoyable with the exception of my lack of skill. 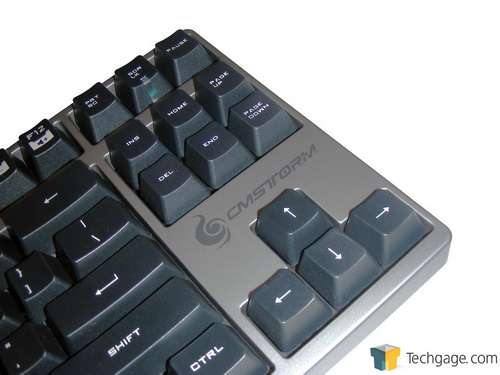 To have some sort of quantifiable data I decided to employ the method of testing that Jamie used when looking at the Enermax Aurora Lite Ultra Thin keyboard by using some common and uncommon key combinations that many may use while gaming.

Unlike the Enermax keyboard, which was not a gaming keyboard, all common and uncommon combinations were captured without any issues at all. Some of the uncommon combinations would be enough to make me cry uncle during intense gaming sessions and would require preparation, so even though I may not be able to save my skin, it’s nice to know that a death here or there isn’t due to the hardware.