In the world of external hard drives, eSATA is the clear way to go. With both USB and eSATA on the Cooler Master X-Craft 350, it is positioned with plenty of bells and whistles to entice you to buy it. But is it worth it?


With all of the accessories accounted for, we turn out attention to the actual installation of the hard drive itself. As stated earlier, we are using the unfortunate Seagate Barracuda 250GB SATA drive that has now become the external hard drive of choice. Our first step is to break open the X-Craft and see what we are working with on the inside, and then install the hard drive.

To open up the 350, you first have to press in the silver button directly below the eSATA port. This will allow you to pull back on the back end of the enclosure, effectively splitting the unit into two pieces. 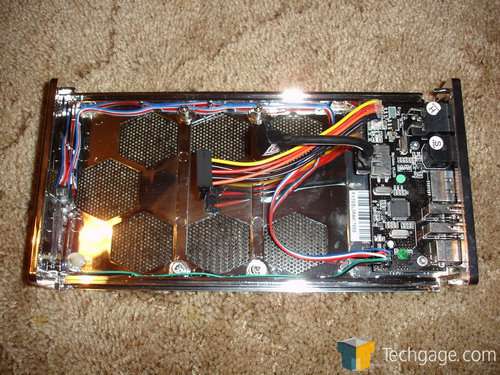 At the top, we can see the circuit board that houses all of the cable connections. 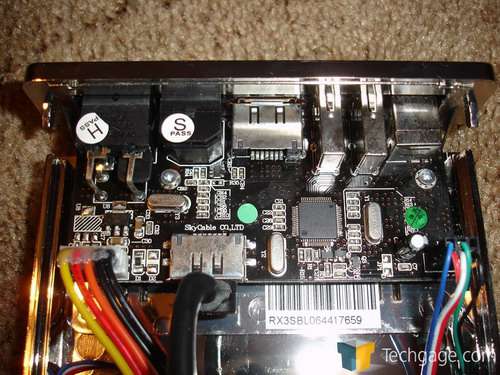 To hold the hard drive in place, there are four small posts, two on either side that will keep the hard drive from moving around inside the enclosure. There are small washers that rest on springs to provide a bit of cushioning to the hard drive during transportation. 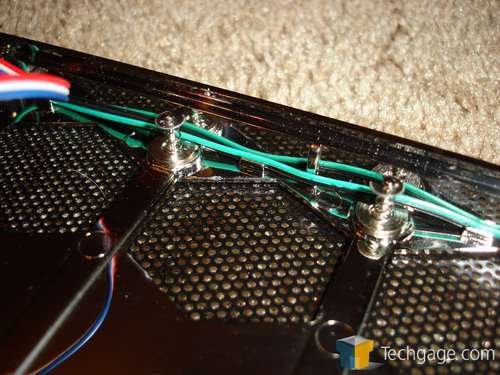 In lieu of a small fan, Cooler Master has placed a large thermal pad on the top of the casing to help transfer some of the heat generated by the hard drive when in use into the case itself. This is covered by a blue film that should be removed before installation of the hard drive. 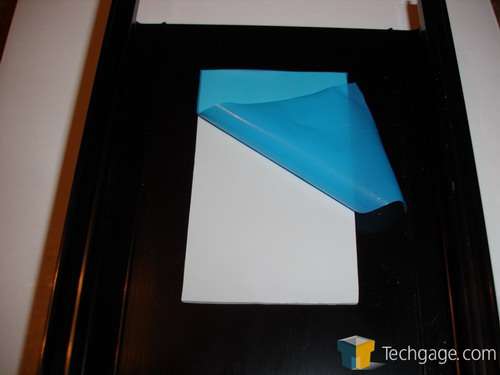 With the hard drive installed, it should look like this. 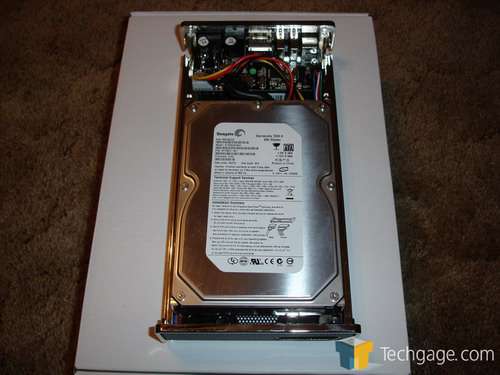 Before we put the 350 back together, letâ€™s take a look at everything hooked up. Notice that the SATA and power cables end up on the opposite end relative to where they connect to the board. While this isnâ€™t a big deal, it might make sense to have them on the sides that they will be connecting on, which would mean shorter cables. I know, itâ€™s a petty complaint but not entirely invalid. 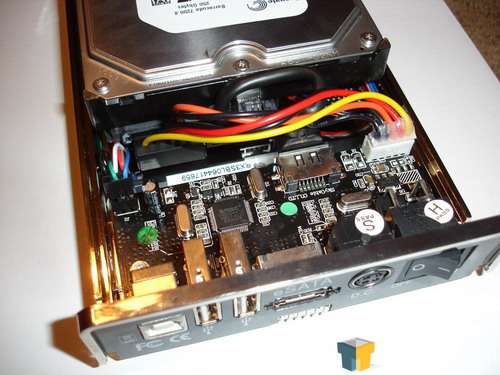 It should be mentioned that the X-Craft can be used with slim 3.5â€ drives as well. To make up for the shorter drives, Cooler Master has included a pair of adapters, that slip into the holes on the hard drive and then slip onto the four posts on the X-Craft itself. 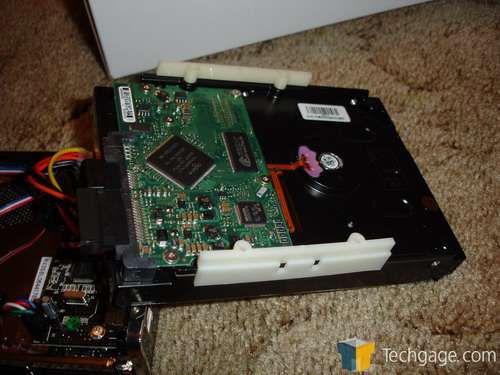 While the previous pictures do not do a great job of showing off the case and how reflective it is, the following pictures helps convey the polish that the X-Craft . Also, we can see how the enclosure can be laid down on its side. 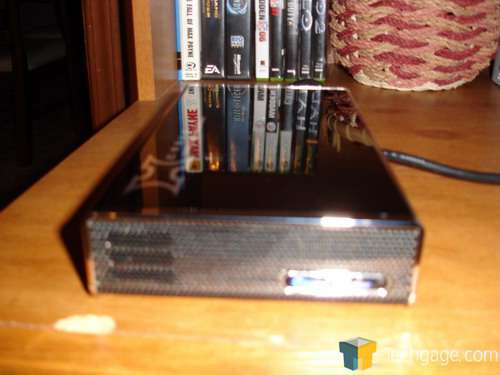 Not only can the X-Craft be laid down flat, it can also be stood straight up. With the included stand, the device can go vertical as well. The stand simply slides on a rail on the bottom of the enclosure. This is something that I do not care for either as it doesnâ€™t really lock down very tight at all and allows the X-Craft to wobble a bit. This was never in danger of tipping over, but it still wasnâ€™t as secure as it should have been. 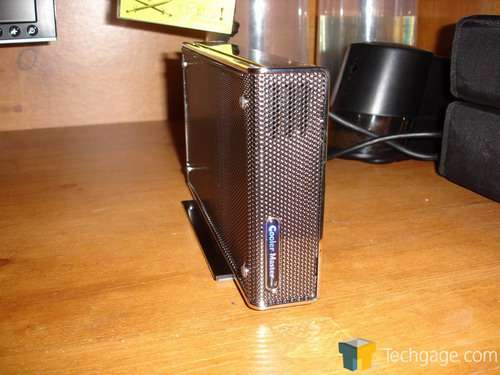 Let’s now check out the performance and also conclude with our final thoughts.