Once free from its packaging, the Eliminator appears to look very similar to its older brother. With a large brushed aluminum piece along the side facing out to cover up its innards, the Eliminator is a bit smaller. One thing that I am excited for, and that I wish they would include in their Freezone model, is the logo that lights up. With a soft blue glow, the logo is sure to look killer in the dark, especially behind a windowed PC case.

When we turn over the Eliminator on its bottom, we see the large center heatsink and two of the three blue reservoirs. The reservoirs are chilled by one peltier unit each. As they get to working, the hot side of the peltier transfers itâ€™s heat into the center heatsink which is in turn, cooled by the 92mm fan. The cool side of the peltier chills the water running through the reservoirs and is then delivered to the CPU water block. The route that the water takes is pump > reservoir > reservoir > reservoir > water block and then back to the pump. You will notice that the water runs through each of the reservoirs on its way to the CPU, ensuring that the liquid is cool when it reaches your processor. 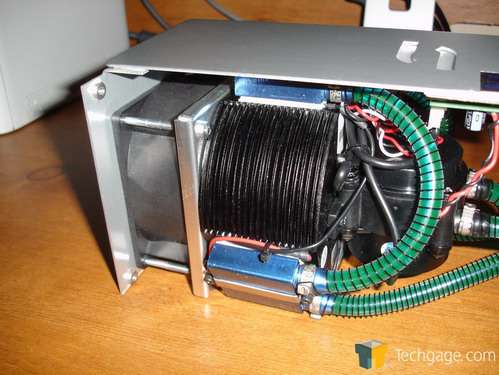 Turning the Eliminator once more, we get to the back of the unit. Technically identical to the side, why not take a look? 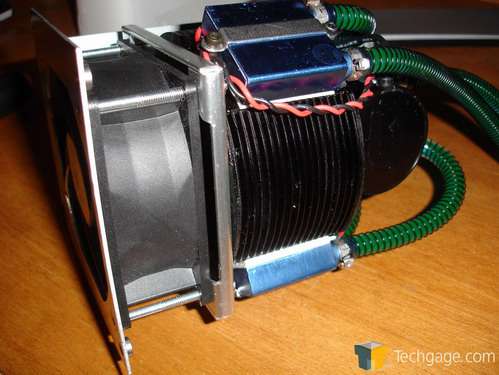 One thing that many people found inconvenient in the Freezone was the control module. With that model, the circuit board that controlled the Freezone was completely separate and had to be affixed somewhere in the host PC case. It would seem that CoolIT listened to the masses and changed things up a bit. Located on the cooler itself is the controller board. Gone is the small little rheostat that controlled the Freezone. In its place, we have one small switch with three setting.

Those settings and I am sure you guessed it, are low, medium and high. This board is located on the end of the aluminum guard. This makes it convenient to open up the case and simply adjust the switch. With that being the major difference, we start to see the similarities between the two coolers. The Eliminator is powered by one single 4-pin Molex connector and both are small with the Eliminatorâ€™s board being a bit shorter. 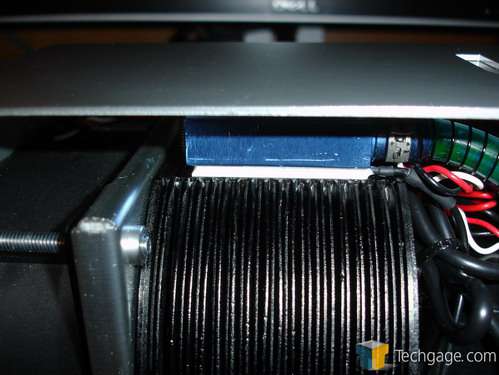 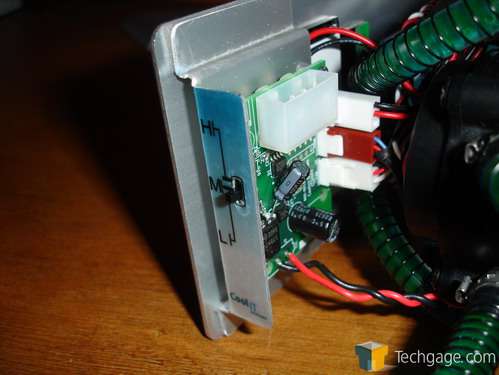 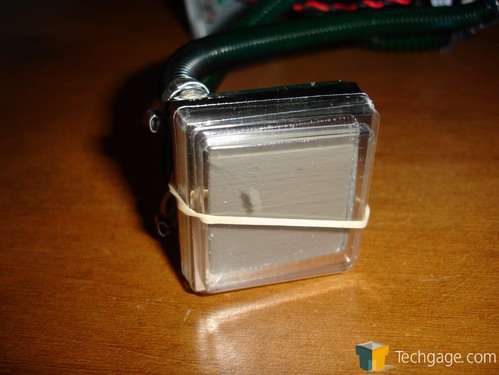 Connecting the reservoirs to the water block and the pump is the tubing. Secured to the hardware with metal ring clamps, leaking should be a distant concern. On the tubing, CoolIT has placed anti-kink coils. This not only helps keep the tubes open for water flow, but also look pretty killer as well. The greenish blue liquid that runs through the Eliminator also adds to the overall look of the unit. To bad itâ€™s not UV reactive. 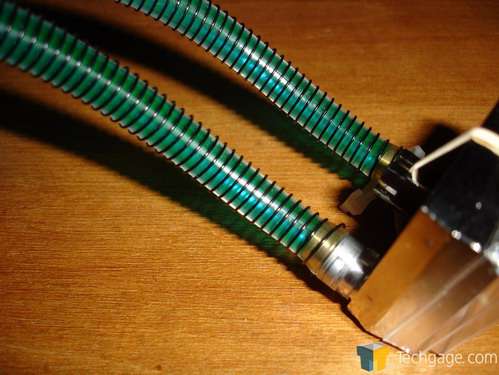 Lastly, we move to the fan. Manufactured by Young Lin Tech. Co., CoolIT has once again opted to use a 92mm model. While not better than an 80mm, few cases have this size fan and thus, the adapter is needed. There have actually been people who’ve removed the fan and placed a 120mm on the unit with much success. While not a huge deal, it would help to quiet the coolers down a bit and also eliminate the need for an adapter plate. However, I am sure itâ€™s much cheaper to just cut out aluminum squares than it is to purchase all new fans. 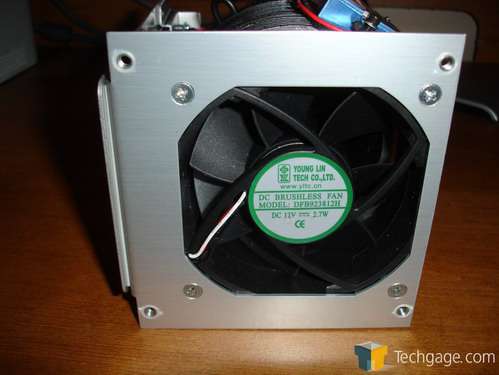 All in all, I like the design of the Eliminator. CoolIT really seemed to have listened to the critics and took what worked and retained it. They also took what didnâ€™t work, or rather could be improved, and adapted the design of the Eliminator to reflect that. There is something to say about a company that will take the publicâ€™s opinion to heart. And this is not to say that there was anything terrible wrong with the Freezone because there isnâ€™t. I personally run one in my personal computer and I love it. But with anything, there are areas that can be improved upon and it seems that CoolIT has listened.