With the growth of CPUs, more cores mean more heat. We are constantly interested in new ways to keep our processors cool and the CoolIT Freezone appears to be just that, a new approach to keeping your CPU cool. Does it deliver?

The Thermal Control Module is the brains of the Freezone and needs only one 4 pin molex connector. This powers the TECs as well as the pump. In the center of the unit, you see a rheostat. This rheostat is what allows you to control the TEC units. The higher the TECs are working, the more heat the put out which requires the fan to spin faster. 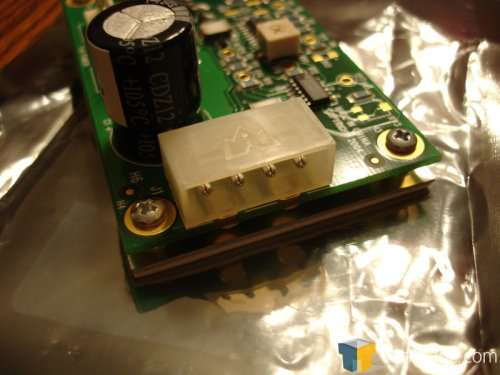 Power out to the unit also uses a 4 pin power connector but instead of a 1×4, it’s a 2×2. The reasoning behind this is beyond me but it might be to reduce confusion between using a standard 1×4 molex plug to directly the unit. 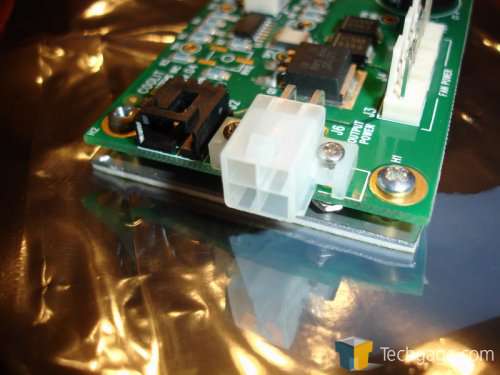 Out of the box, we see the Freezone. The unit itself is an all encompassing unit that includes the radiator, fan, TEC units as well as the pump. 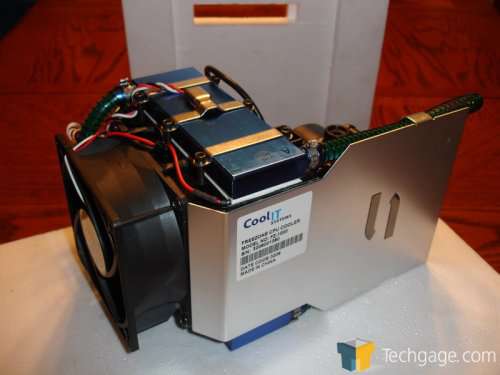 As stated earlier, CoolIT uses a 92mm fan. This seems a bit odd to me but whatever. I would however like to see a 120mm Freezone 2 down the road but with the included adapter, this really isn’t anything bad at all. 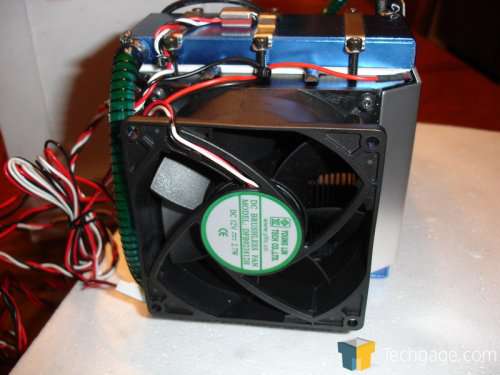 On the backside of the Freezone, the pump is housed behind an aluminum cover. It mounts directly behind the radiator. The pump is powered by a 3 pin connector and is intended to run off of the motherboard. 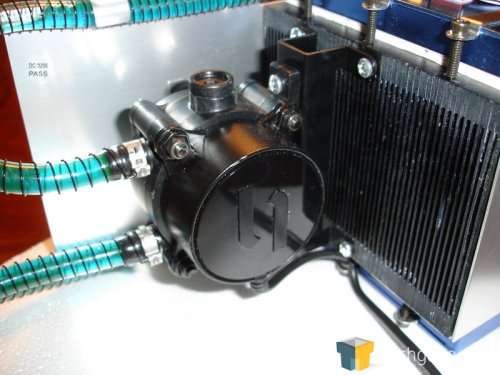 The pump has a port on the top of itself that is intended for refilling the liquid should you ever have to. The Freezone itself comes filled with liquid and is good to go right out of the box. 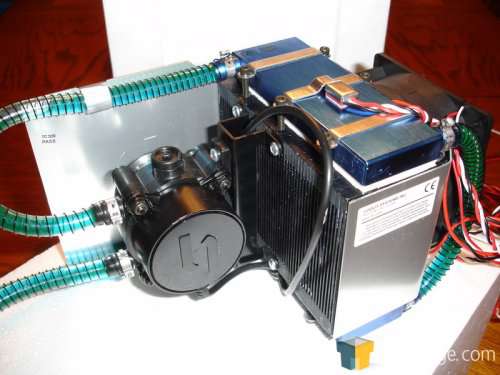 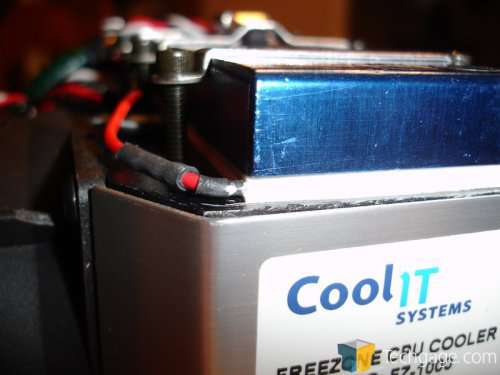 The waterblock itself is small and compact and includes a thin and even layer of thermal interface material (TIM). 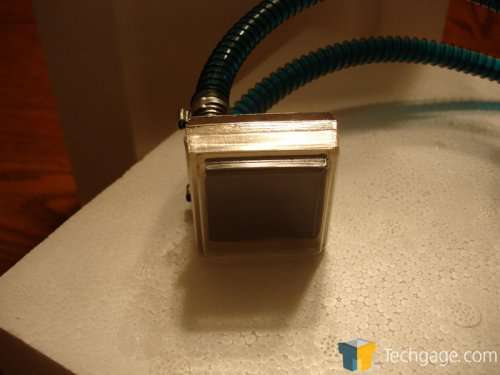 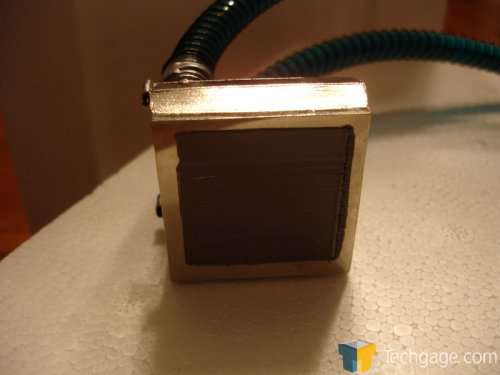