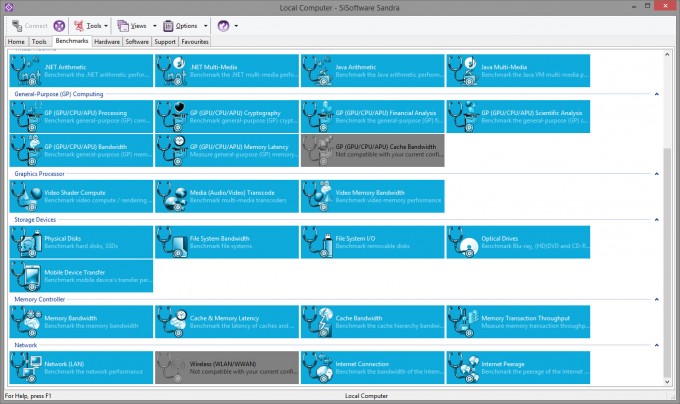 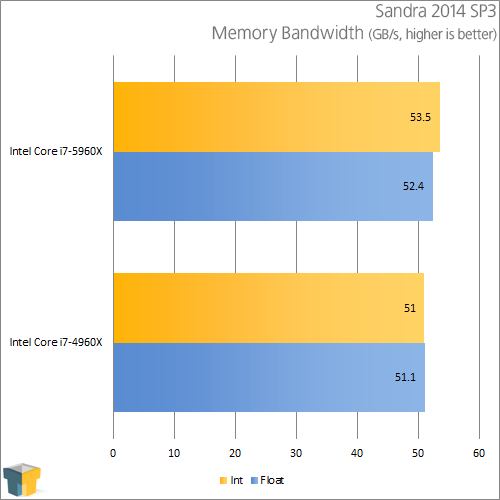 At this point, DDR4 isn’t blowing our socks off. In fact, given the premium that must be paid on DDR4 modules, these gains are downright underwhelming. Of course, I should note that 2666MHz is not the “max” speed that DDR4 can manage. In fact, the modules I’m using support up to 3000MHz (despite being advertised for 2800MHz). But that said, some memory frequencies will require the CPU to overclock; 2666MHz is one of those frequencies that doesn’t.

I mentioned on the first page of this article that at the moment, scaling above 2666MHz on Haswell-E is a little sketchy at this point in time, and it’s not clear to me why. When I benchmarked our memory kit at 2800MHz, Sandra spit out a result of 49.5GB/s bandwidth – roughly 3GB/s less than when the kit was clocked at 2666MHz. That’s pretty nonsensical.

Here’s the reality: People who buy DDR4 for their Haswell system are going to be paying for roughly the same performance that they could get from DDR3, or perhaps even worse. Buying a very fast kit of DDR4 and seeing lower performance than 2133MHz DDR3 sticks is bizarre, so hopefully it won’t take long for board vendors or whoever needs to fix things, to fix things. Once this launch settles, I plan to take a deeper look at this subject. For now, let’s see how other memory-related performance fares. 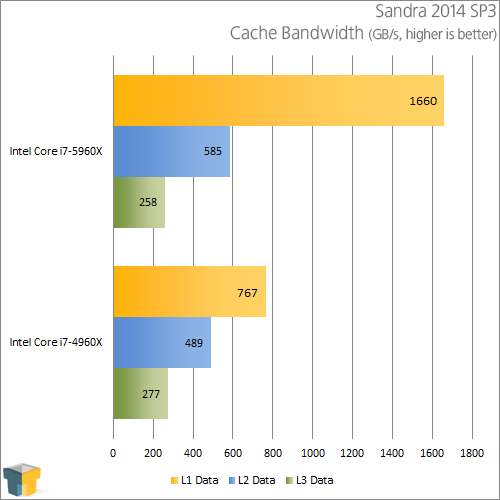 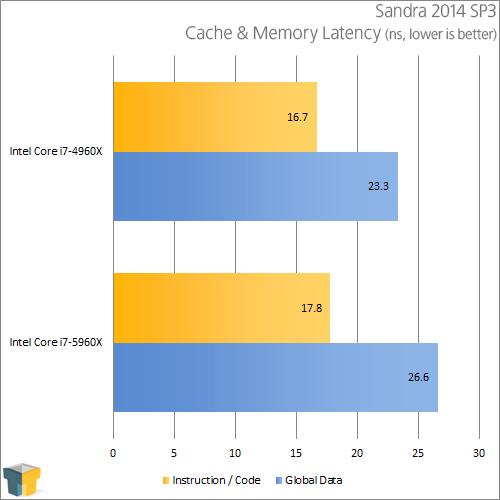 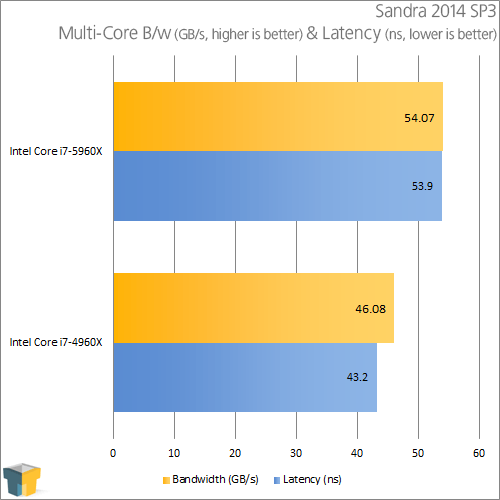 Latencies on the X99 platform fared worse than those on the X79 one. On the DDR4 side, that was definitely to be expected, given the looser timings (which are a side-effect to the lower voltages). Bandwidth-wise, the eight-core chip reigns supreme, but even in that test, the inter-core latency is higher as well.