First up is the ever-popular 3DMark benchmark, and for the sake of completeness, we run all two of the four tests (Sky Diver and Fire Strike). 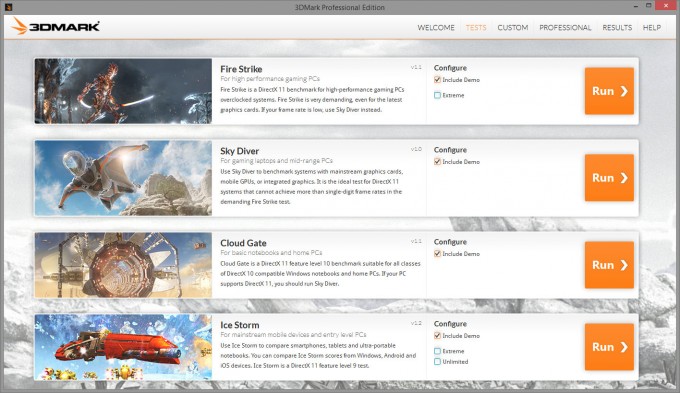 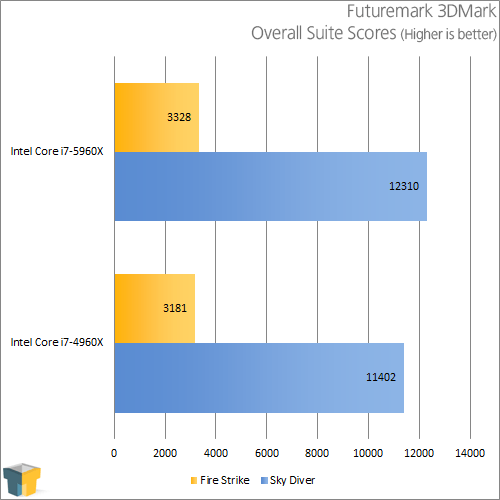 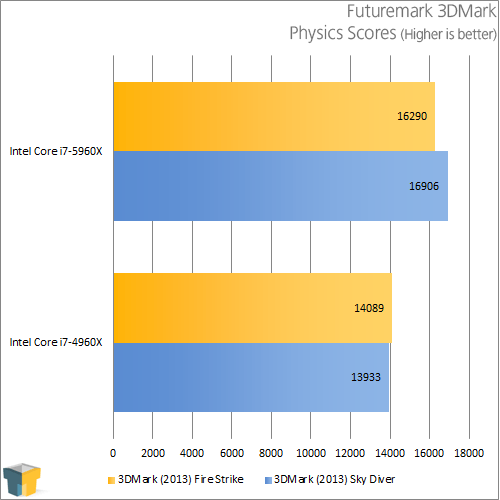 I admit I’m a little surprised to see such gains in the overall test scores, but if we have one thing to thank, it might be the higher physics scores. Intel told us that we should expect big gains there, and lo and behold, we got them. Still, I have to stress that 3DMark isn’t a game, so seeing this kind of gain in the real world is going to be tough.