When I took a look at Intel’s Core i7-4960X last fall, I wasn’t left impressed in the end. The fact of the matter was, we were given a new enthusiast chip two years after the i7-3960X that offered a negligible gain in performance. It almost seemed like a bit of a joke, because while any gains are appreciated, everyone expected a lot more given the amount of time that passed between each launch. In fact, the Core i7-4960X should have been an eight-core in my mind – that would have made all the difference.

Ignoring all that, though, we have an eight-core now, and ultimately, I’m left very impressed with it. I am not that keen on the fact that it’s clocked at 3GHz, but as many of our tests show, that’s sometimes easily compensated for by the extra cores. Even with its 3GHz clock, for example, our HandBrake encode proved 25% quicker on the eight-core chip. It’s gains like that, that make me want to get right into overclocking – at least to match it up with the i7-4960X better. 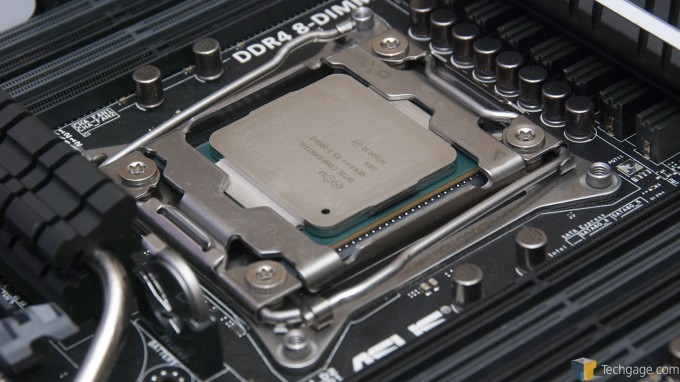 One thing that came as no surprise was the reality that in many scenarios, a bump from six to eight cores will make no real difference. In particular, our Premiere Pro encode proved that in some cases, the higher frequency matters more than those extra cores. In order to see gains, a scenario needs to take as full advantage of the extra cores as possible – but that’s a no-brainer. As PCMark highlighted, overall usage will remain the same between a six-core and eight-core for most people.

However, there’s a reason why PCMark scores shouldn’t be treated as gospel. Each one of the three suites I ran showed modest improvement – if you could even call it that – but some of our real-world tests showed significant gain. I already mentioned HandBrake, but there were other tests that benefited almost just as well. Our 3ds Max render, for example, completed in 70% of the time on this i7-5960X as it did on the i7-4960X. The Cinebench and POV-Ray scores back that kind of gain up.

But then we had some tests like 7-zip and Lightroom, which showed a gain, but one so small, it just doesn’t matter. In the intro, I mentioned that an eight-core chip is not for everyone, and this is why. In order to take full advantage of the CPU, you naturally need to battle scenarios that can use a large number of threads. 3D rendering is definitely one, as is some video encoding. And of course, those who often run virtual machines will also stand to gain here.

As impressed as I am with the i7-5960X, I can’t help but wish Intel clocked it at 3.5GHz stock. That would have negated the decrease in performance that we saw in Premiere Pro, and would have delivered even more impressive results across-the-board. Fortunately, overclocking the CPU to 3.5GHz isn’t difficult. Even 4GHz should be attainable on most chips, although for that, I’d recommend having water cooling. 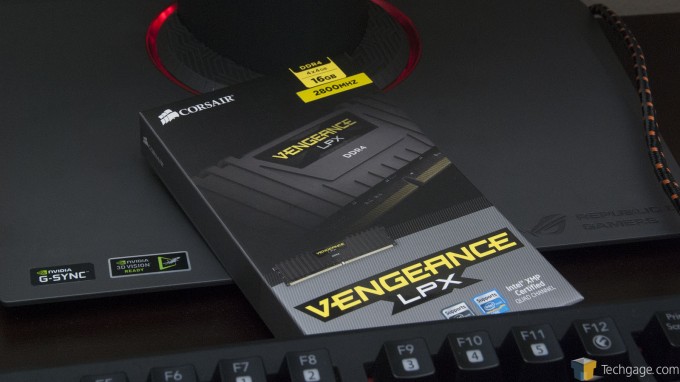 While this article focused on the i7-5960X, I’d be remiss to not talk about the other two available models. For those not planning to run exotic GPU configurations, the i7-5820K is an attractive chip. At $389, it’s $200 cheaper than last-gen’s least-expensive Intel six-core, plus it has a bit more L3 cache. Unfortunately, those who do want exotic GPU configurations will have to shell out another $200 for the i7-5930K, as it provides the full 40 PCIe lanes. Fortunately, that chip also includes a clock boost, although that will really only matter to those who don’t plan to do any overclocking.

The biggest downside with this platform is the same downside that came with X79, and especially with launch DDR3 kits: Pricing. CPUs aside, you can expect a good X99 motherboard to cost at least $300, with models like the ASUS X99-DELUXE I tested with bumping that to $400 (the board is packed, however). Of course, the biggest drawback is the pricing of DDR4 memory. You’ll be paying at least 40% more than you would for a comparable DDR3 kit, and for almost no gain in performance.

That performance problem can be fixed with faster kits, but those are going to be quite expensive, and as mentioned on the Sandra Memory page, there are quirks that might make speeds of 2800MHz or higher perform worse than lower frequencies. Again, this is a situation I’m investigating. After talking to a couple of vendors about it, I know that I’m not alone – even those in the labs at these companies are trying to get to the bottom of it.

If you’re planning to build an X99 PC but are not going with the top-end chip, I might recommend holding off for as long as possible for DDR4 prices to go down. While you’re going to be getting more CPU this year than you did last, most of the money saved is going to go right on DDR4. Of course, if you do need to build now, you’re going to be far from unhappy with your purchase.

Pricing aside, X99 is a great platform, and a proper successor to X79. While I didn’t test I/O (given that this is a CPU review), the X99 chipset finally gives enthusiasts a proper Intel SATA 6Gbps controller, which is a far better solution than the third-party chipsets vendors have had to implement.

In the end, it’s been a while since we were given an Intel enthusiast platform that didn’t bring with it a handful of caveats, so that in itself makes X99 excellent. As for the top-end CPU, if you’ve been eagerly awaiting an Intel eight-core chip, it’s finally here, and it brings with it some seriously impressive performance.