There are a couple of reasons we like to use Cinebench in our testing. For one, it’s freely available for anyone to download, unlike our Autodesk-based tests. Second, it has the capability to scale up to 64 threads, which means we’ll easily be able to rely on it for quite some time. As a faster CPU can also help improve the GPU computational pipeline, we also like that it includes an OpenGL benchmark as well. The fact that the benchmark completes in a minute or so is another perk. 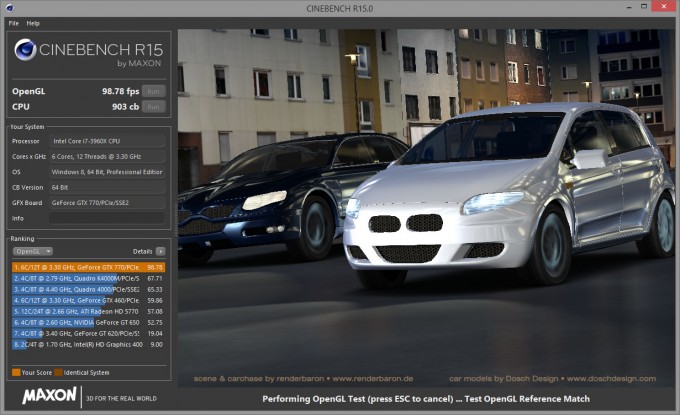 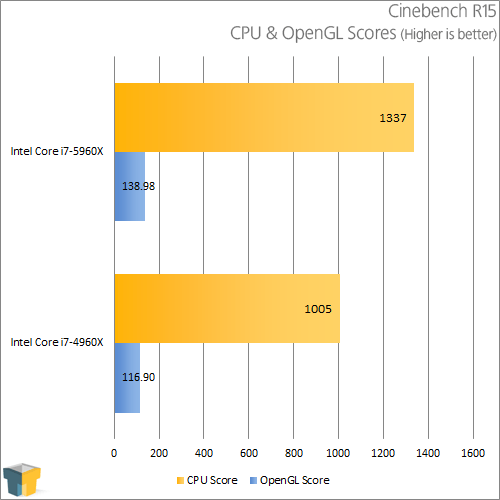 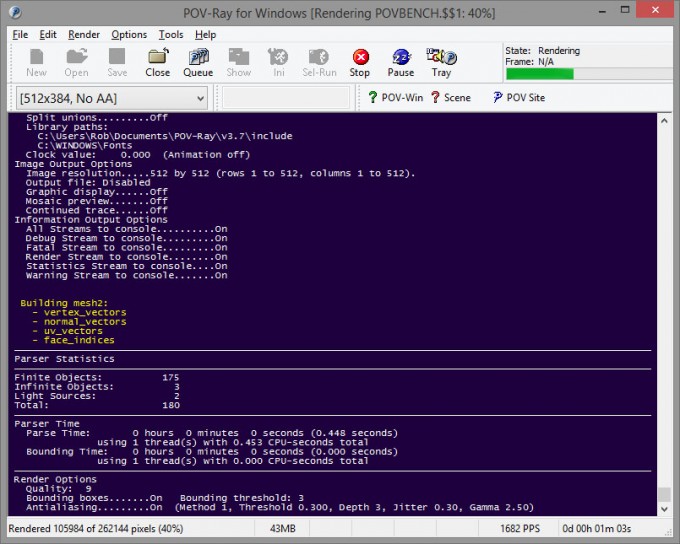 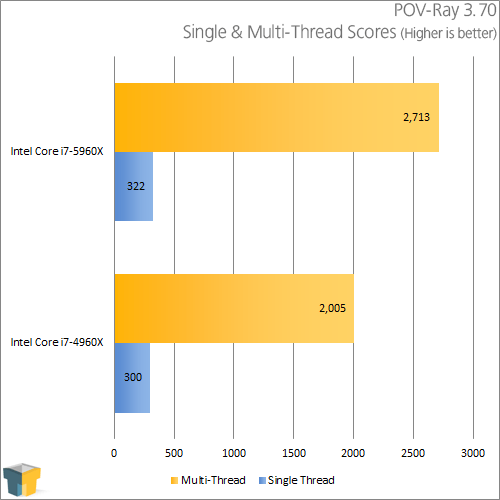 It’s with this benchmark that I found myself a little dumbfounded. The i7-4960X has a Turbo speed of 4GHz, while the i7-5960X peaks at 3.5GHz. Despite that 500MHz drop, Intel’s eight core managed to perform better in the single-thread test. Also interesting is that it managed to surpass a 33% gain in the multi-thread test, hitting 35%.

At this point, I can’t establish the reason for this gain, although I think it’s safe to say that clock-for-clock, Haswell-E is going to be quicker at synthetic tests anyway. Still, this is a notable result given the reduced clock speed of the eight-core chip.