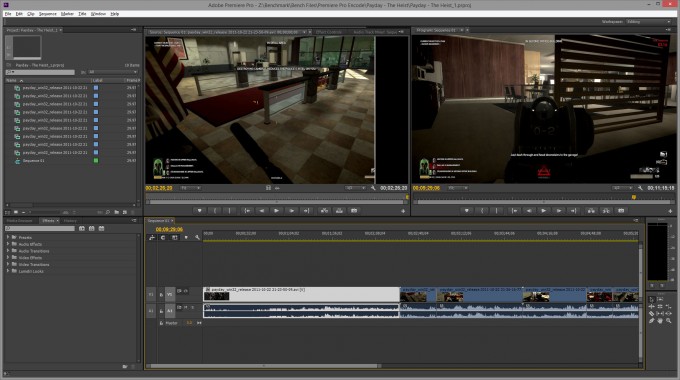 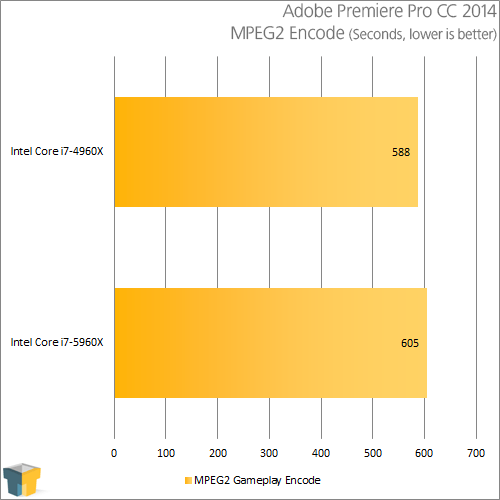 Intel told us that we should expect up to a 20% gain in performance in Premiere Pro, although 4K video was specifically mentioned. It seems our test isn’t quite hardcore enough, as the i7-5960X’s decrease in clock speed reflected itself here. Due to time constraints, I was unable to test using the “Maximum Quality Render” setting, but I’m betting some gains would be seen there. However, that’s not a setting that most people will use.

Here, we have a project that makes use of a Blu-ray rip of Pixies: Live at the Paradise in Boston. With it, we encode the first 15 minutes of the concert to an archival-quality 1080p MKV. The archival-quality encode is time-consuming, but it can take full advantage of a high-end processor. For those interested, our H.264 options are: 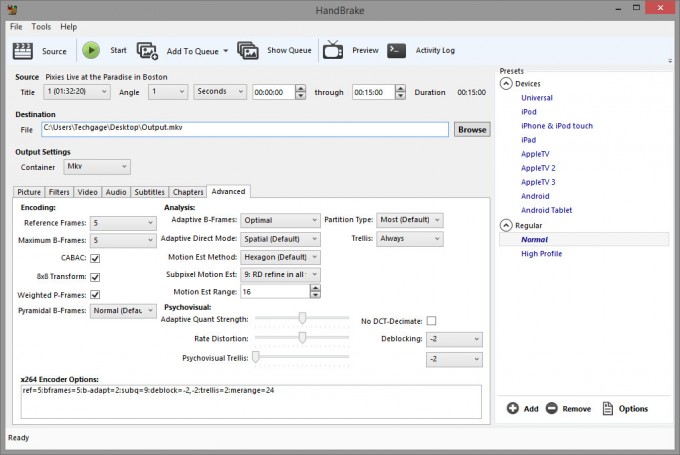 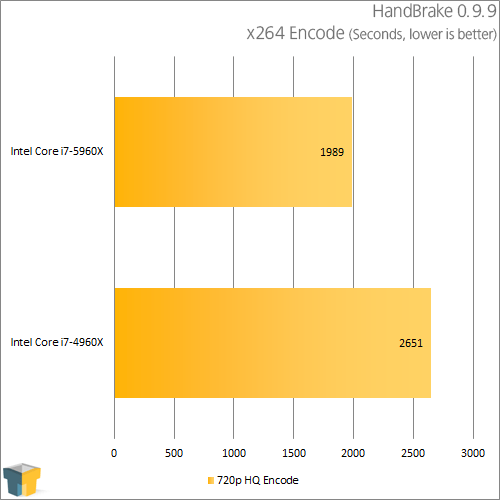 On the last page, we saw Intel’s eight-core i7-5960X perform 33% better in Cinebench, and 35% better in POV-Ray. Being that those are synthetic benchmarks, it’s not that hard to believe such gains. Here, we see performance very close to that hit: The Core i7-5960X encoded our video 25% faster than the i7-4960X. Just imagine if the i7-5960X was clocked the same as the i7-4960X! Intel claimed to us that HandBrake should see about a 33% gain, but as the Premiere Pro test above proved, the company’s tests differ a bit from ours.