For our compression testing, we enlist the help of 7-zip 9.30. We take a 772MB folder that consists of 39,236 highly-compressible files and archive it using an ‘Ultra’ level of compression using the LZMA2 algorithm. This results in an archive weighing in at about 137MB. 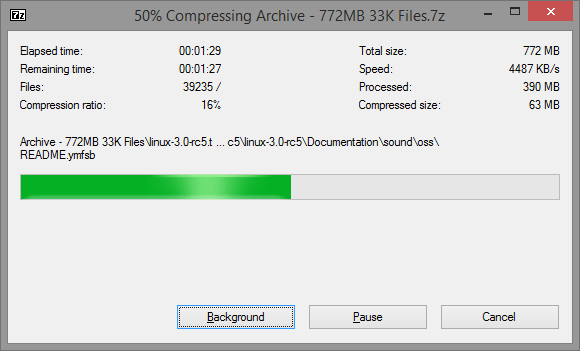 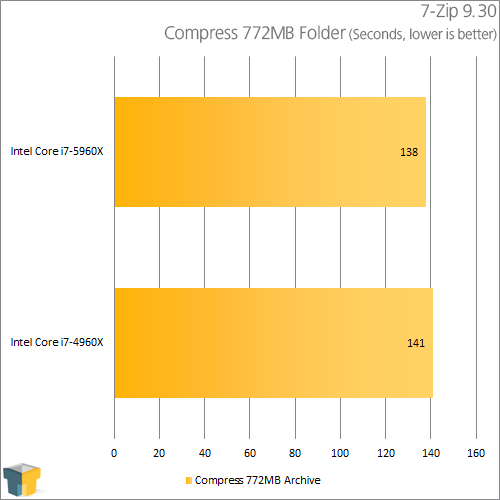 It seems our project isn’t perfect enough to show off the benefits of the eight-core processor; I am certain that other archival projects could see actual gains, but this test proves that those would be far more specific projects than what most people would use an archiver for. 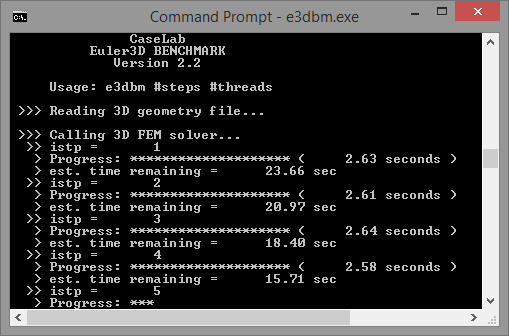 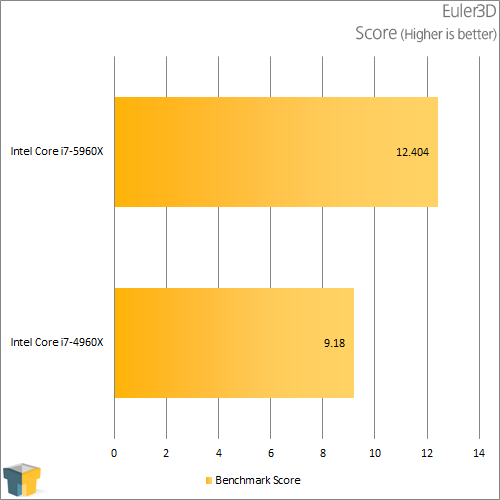 Yet another example of where the i7-5960X can exceed the 33% performance gain. We’re seeing a 35% gain here despite the decreased clock speed – imagine the result if this sucker were overclocked!