Note: Our PCMark 8 installation for some reason couldn’t detect that After Effects was installed, so I didn’t run the application benchmarks in time for publishing. 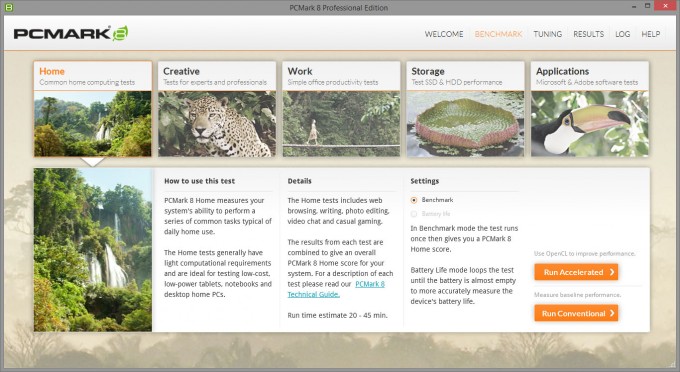 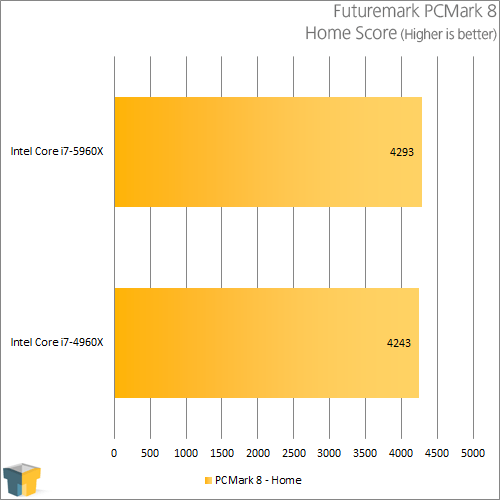 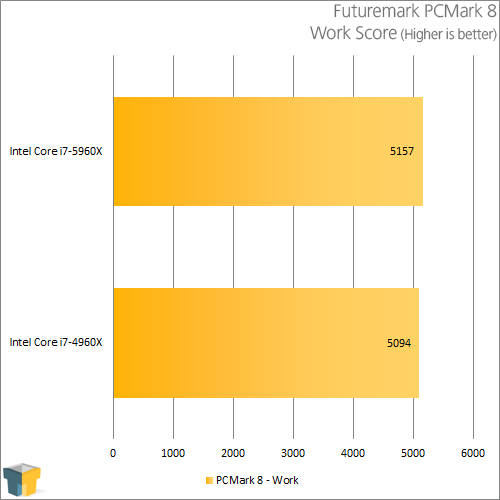 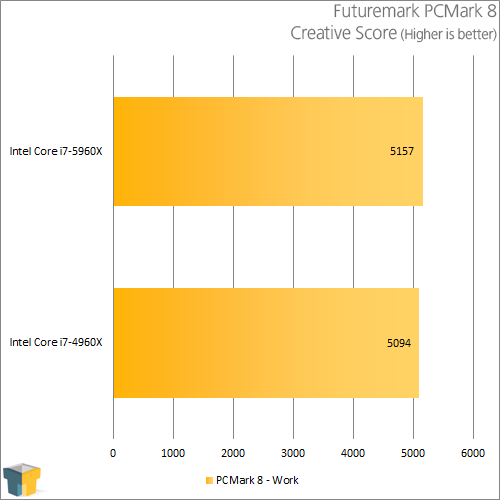 I admit that I expected stronger gains than this. It seems PCMark is far more frequency-dependent than core-dependent – at least when we’re dealing with processors with 6 or more cores.