It isn’t every day tech writers get surprised, but heads were certainly turned (including mine) when Corsair announced its 4th generation SSDs based upon the controller from some unknown controller company. Yet, apparently this “unknown” company has been producing and selling both disk and flash-based drives in the enterprise market for years, ever since its inception in 2004. The Neutron just happens to be the first consumer-focused SSD to feature a Link_A_Media Devices’ chip housed inside. Reportedly, Corsair has signed an exclusive distribution agreement and will be the only company for the time-being to offer SSDs powered by a LAMD controller.

The launch of the Neutron family utilizing an unheard-of controller was an especially bold move from Corsair, yet it is also welcome to see. Currently, SandForce SSDs are still by far the most prevalent type on the market and there simply are not many publicly-available controller alternatives that exist beyond Marvell and Samsung for performance SSDs. Even Intel has migrated to using SandForce in its main consumer SSDs. Despite this, Corsair has somehow managed to pull the metaphorical rabbit out of a hat, launching not just a completely new choice in SSDs, but a new premium offering that is capable of hanging with the best-performing SSDs currently on the market. This is no small feat.

Corsair’s Neutron SSD family is comprised of the Neutron and Neutron GTX varieties. Both models feature the same LM87800 controller at the core, with the only difference being price and the choice of NAND flash housed inside. In addition to types like MLC and TLC, NAND typically is offered in asynchronous, synchronous, and toggle-based varieties with performance (and cost) increasing as one moves up the chain, with toggle-based NAND currently at the top. The Neutron makes use of Micron’s 25nm synchronous flash, while the GTX goes full bore with Toshiba’s 24nm toggle flash. 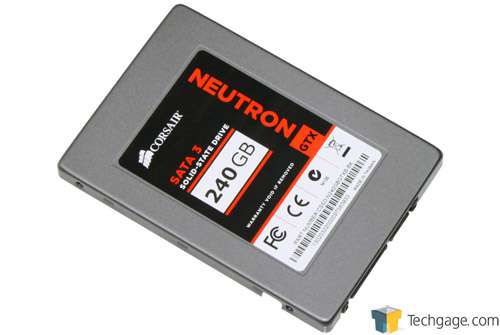 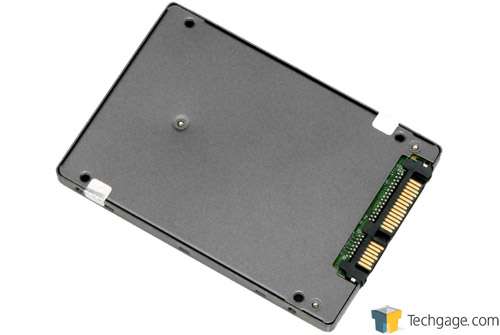 The model we are testing here is the 240GB Neutron GTX, although it’s worth highlighting that all models of the Neutron family feature a full five-year warranty. Both offer capacities of 120GB and 240GB, although only the GTX family includes a model up to 480GB. In line with recent trends, Corsair’s SSDs feature the thinner 7mm height that has become more popular over the traditional 9mm height for 2.5” form-factor drives. All models ship with a single-piece metal tray adapter for easy mounting in a standard 3.5” drive bay.

Overall specifications look excellent for a high-performance SATA 3.0 solid-state drive, especially with that already mentioned essential five-year warranty. One cautionary note though would be the power numbers. We do not have the equipment to check for power consumption, but the reported 4.6W load number is on the high side. After some checking around, the actual idle power consumption is also on the higher range of the spectrum. That isn’t to say these drives are unusually power-hungry as there certainly are worse offenders out there, but it is worth pointing out that these drives will consume a little more power than a typical laptop hard drive.