LAMD’s LM87800 controller is a very well-rounded chip. It offers balanced random read and writes while delivering some of the best sequential read and write performance we have seen to date. The LAMD controller performs at its best at lower queue depths, which are the kind typically seen on consumer systems. When the queue depth is raised to 32, the LM87800 controller isn’t able to capitalize as well as some other SSDs on the additional parallelism available, but at the current performance level it offers, it would just be icing on the cake.

There simply isn’t any glaring issue or comprise made in the performance of LAMD’s controller. Our only criticism would be the reported power consumption under load. While it isn’t the highest we’ve ever seen for an SSD, it is still higher than we would like. It doesn’t make it a problem for laptop use, but it may shave a few minutes off several hours of battery life. 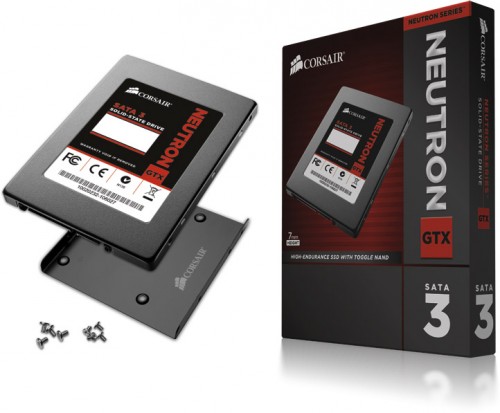 It is worth reiterating again that the Neutron’s controller does not rely on any sort of compression to achieve its performance. So unlike SandForce drives, performance will be more consistent regardless of the data being worked on. We also observed during our benchmarking that the Neutron employs a very aggressive garbage collection algorithm. As is typical of any SSD, after imaging the drive performance dipped for the first quarter of the drive, but on subsequent runs of HD Tune we observed the performance line rising back to its original 400MB/s level. All good SSDs have their own versions of automatic garbage collection and NAND management software, but the Neutron’s is certainly one of the more aggressively tuned varieties we have seen. Neutron users can expect performance to stay fairly stable over the lifespan of the SSD.

All-in-all, Corsair’s Neutron family has proven itself to be a worthy performance successor to the SandForce platform. Pricing is surprisingly competitive as well, equal to the slower SandForce offerings which makes it significantly cheaper than its Vector competition. Oddly although the Neutron is supposed to slot in under the Neutron GTX, in both cases the GTX is either the same price or even cheaper! As always, prices change constantly, so we advise consumers to double-check – although we honestly wouldn’t complain too much about getting a Neutron GTX for the price of the Neutron!

Corsair has differentiated itself in the SSD market. No longer is it going to compete amongst a litany of similar rebadged SSD clones, but instead, the company decided to rise above the crowd by creating an SSD featuring an unheard-of controller that can offer performance equal to the best SSDs out there. Even better, with Corsair reportedly signing an exclusive deal, it has ensured the Neutron series will be the only SSDs of its type on the market for some time. We have to give Corsair mad props for such a bold move, but it clearly has worked. And in a just-as-gutsy a move, Corsair decided to stand by this new SSD by including a full five-year warranty on all Neutron and Neutron GTX models. With that in mind, and with the surprisingly competitive pricing, we have to give Corsair an Editor’s Choice award for its Neutron GTX. Sometimes being bold can be a good thing.