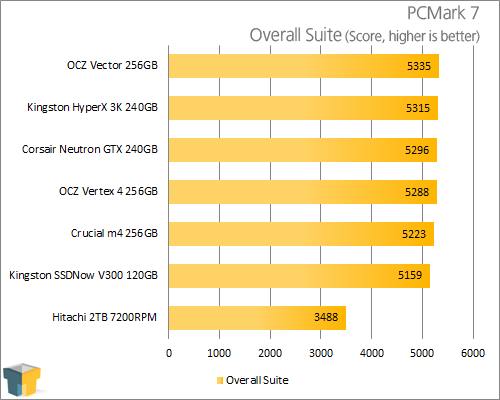 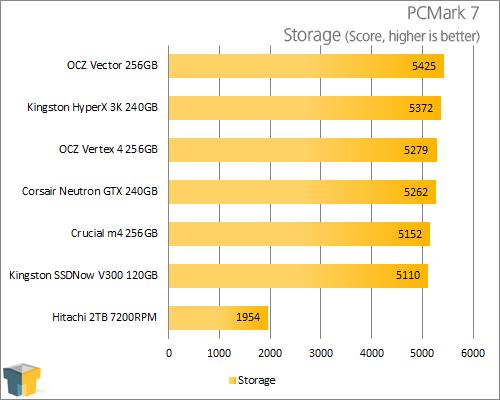 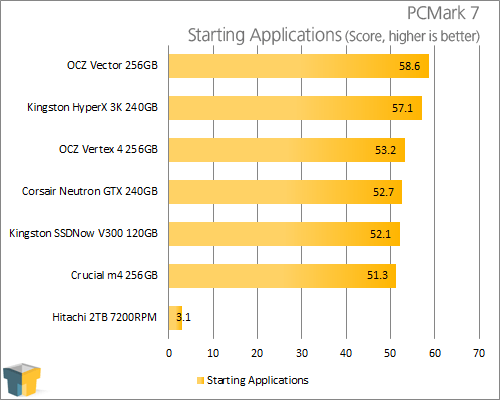 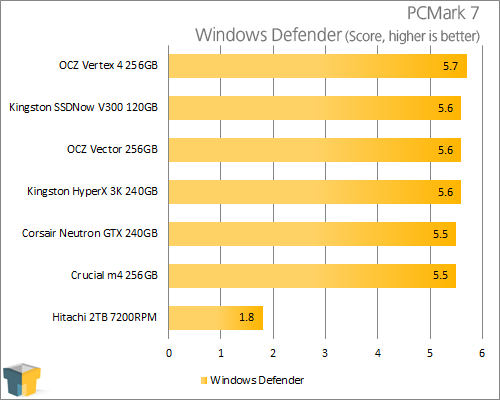 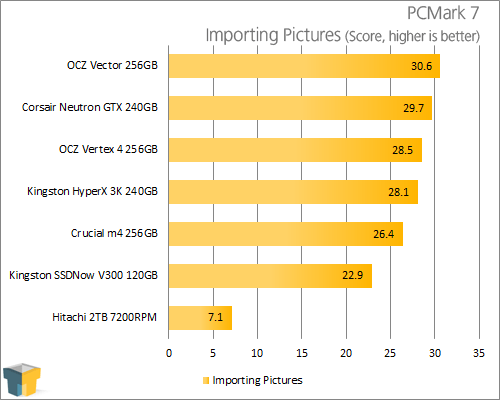 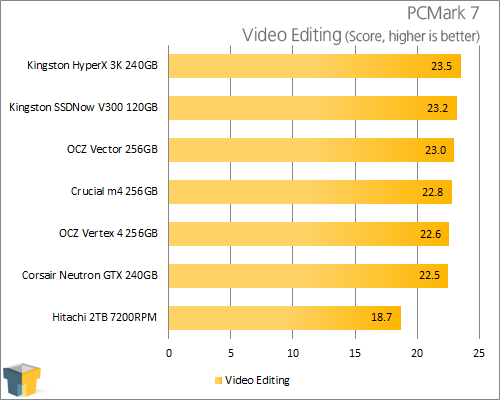 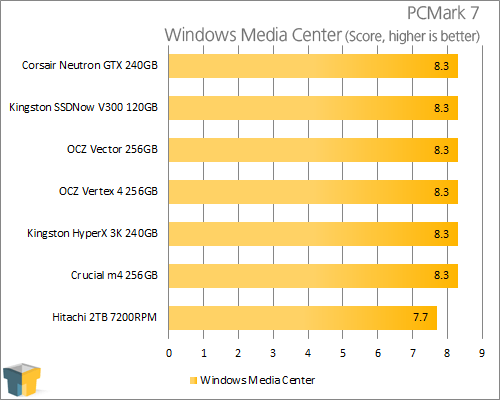 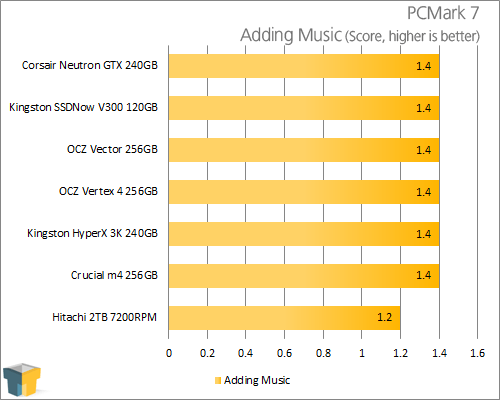 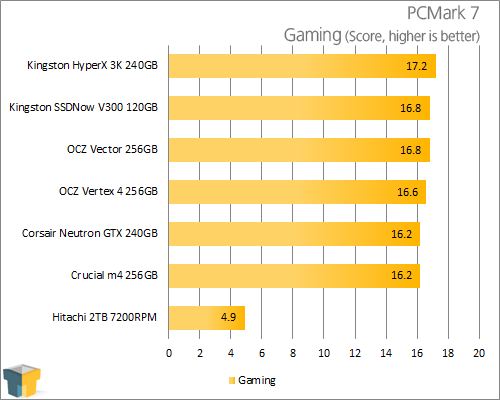 With PCMark 7, the Neutron GTX performs admirably, turning in an overall score that places it directly between both SandForce drives in our graphs. One thing is clear though, and that is the LAMD controller clearly has the capability to offer a level of performance that puts it in a league with the best SSDs currently on the market.