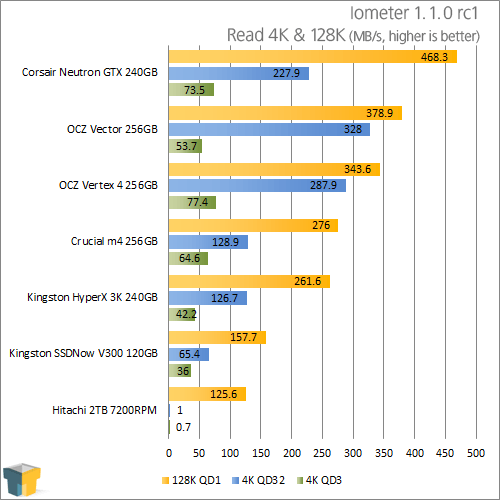 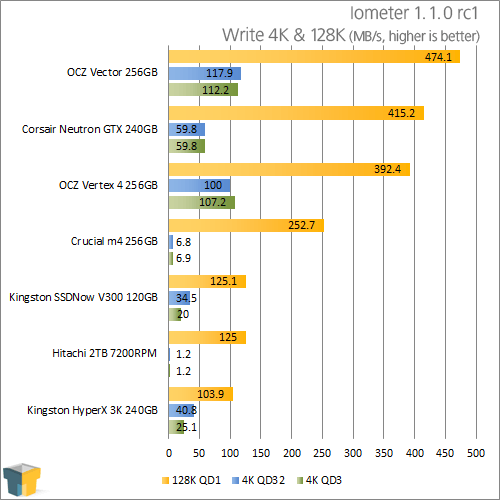 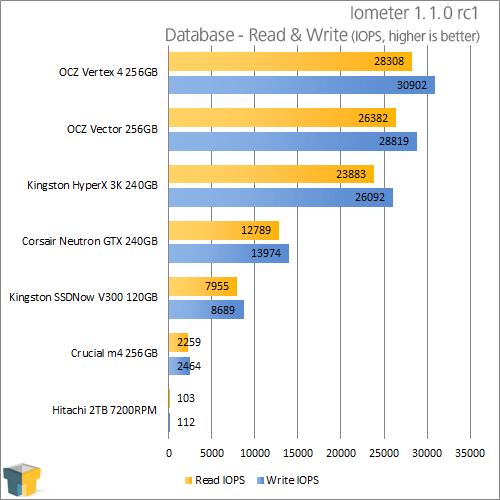 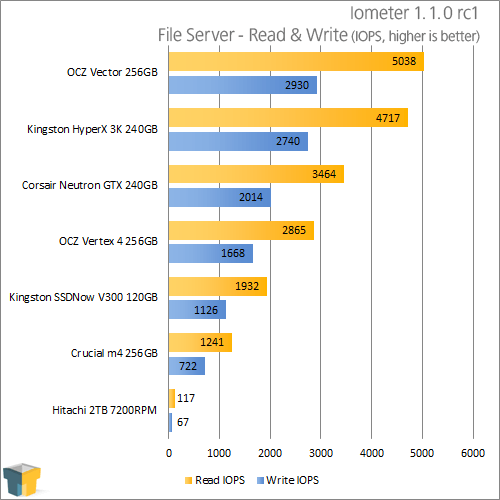 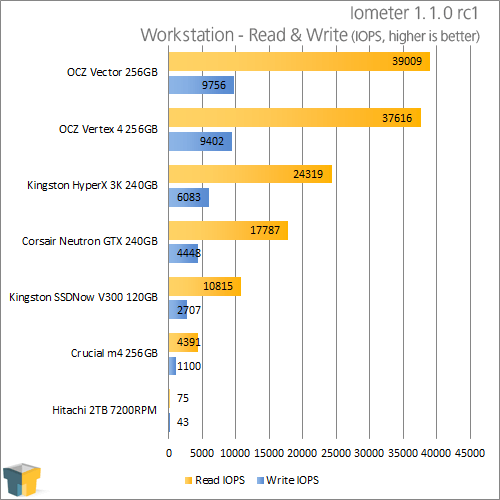 I was admittedly eager to see how the LM87800 controller held up in our array of Iometer tests, as Iometer has the distinction of being the best program for highlighting key strengths and weaknesses of any SSD controller. Let’s just say, the Neutron doesn’t disappoint.

In the read tests the Neutron GTX manages to top the chart with sequential reads of approximately 90MB/s over the next best in our graph. It also offers a random 4KB read performance at a QD of 3 that is 37% higher than even the Vector. However, when moving up to a queue depth of 32 it gives up its performance lead, showing that the drive is tuned mostly for lower QD loads typical of consumer desktop use.

When moving to write performance the Neutron places second in sequential writes, although it is edged back to third in the random write portions of the tests. As for the scenario results, it slots in the middle of our graphs with some favoring toward the File Server test.

Overall this is very good performance, and Corsair is clearly onto something here. While it doesn’t deliver a clean sweep in our Iometer testing, the Neutron GTX proves it offers extremely strong performance in sequential reads and writes, and respectable performance in the random portions of our tests. In other words, it doesn’t compromise any single facet of SSD performance in order to deliver at times some of the best results we have seen to date, proving it’s a well-balanced competitor to the best SSDs currently on the market. Not bad at all for a previously unknown SSD controller.