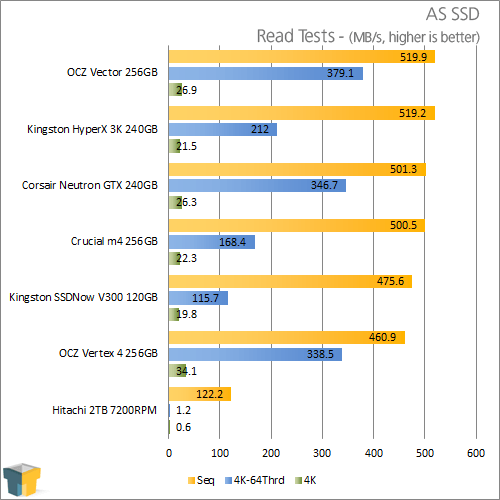 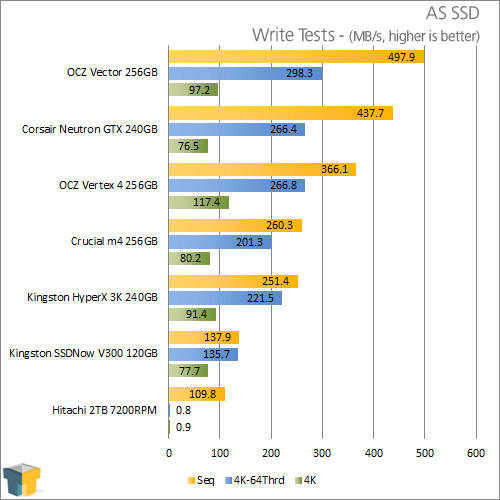 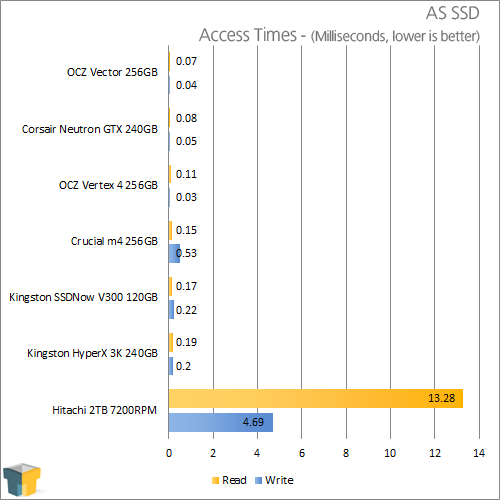 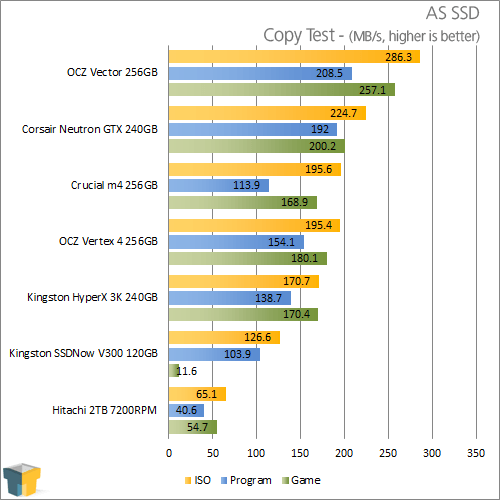 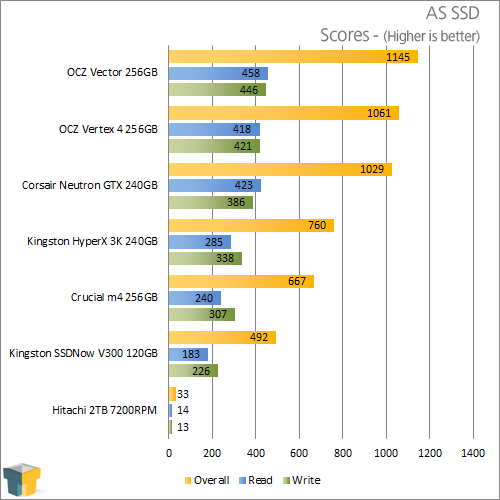 Second only to Iometer, AS SSD is one of the best tools for distinguishing between multiple SSDs while providing a scoring system for easier comparisons.

As before, the Neutron GTX trades places with the two other top-performing SSDs in both tests, while delivering strong performance in all four aspects of SSD performance: sequential reads & writes, and random reads & writes.

Although they end up having no discernible impact to the end user, it is worth noting that the Neutron is able to match the previously unmatched access latencies of the Vector, which is no small feat. In the copy tests, performance in all three scenarios gives it a solid second-place finish. Finally, in the final scores section, AS SSD awards the Neutron with our third score over 1,000 points. Although it receives a higher score for Reads, it is edged out by a slightly lower score in Writes which keeps the Neutron veritably tied with the Vertex 4. What’s also worth mentioning though is that the LAMD controller is able to offer this level of performance without any sort of data compression involved. This means consumers can expect more consistent high-performance regardless of how compressible the data in use actually is.