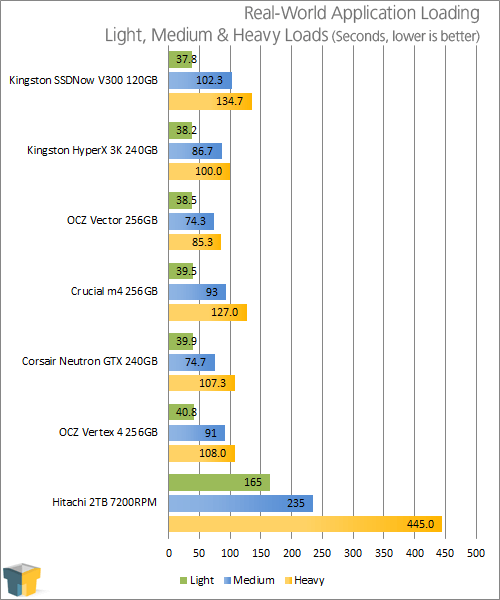 Light batch results are fairly mixed, but for the medium batch time the Neutron is able to tie its rival competitor. It is only after moving to the demanding heavy batch test that we can see what the difference those high queue depth optimizations make, with the Neutron giving up some ground here. Even so, it is still 20 seconds quicker than the aging m4, with the results pacing the V4. As we saw in Iometer, the LM87800 controller is optimized best with lower queue depth workloads that are typical of any desktop or laptop, and that explains the stark difference between the stellar medium batch times and the demanding heavy batch times.