Corsair’s cases have long been considered to be some of the best, but at prices of $180+, many have had to sit out and hope for more modest offerings. With the Carbide series, those have arrived. The 400R mid-tower we’re looking at here retails for just under $100, so let’s see how it compares to Corsair’s other offerings.

Stripped bare and starting at the front we see that the panel comes off cleanly leaving all connections on the frame. Below are the open drive bays and the two LED intake fans. The inside of the front panel shows the filters for each of the 5.25″ bays and the fans. 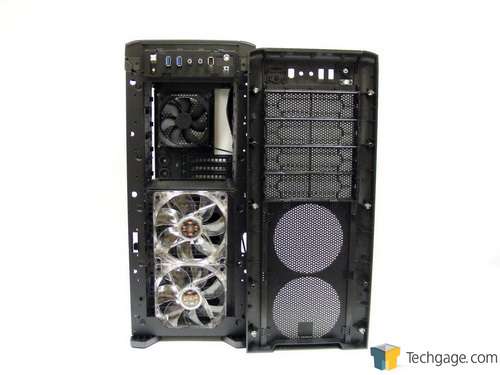 I figured an overall look at the interior is needed seeing how it differs from current Corsair cases that are on the market. 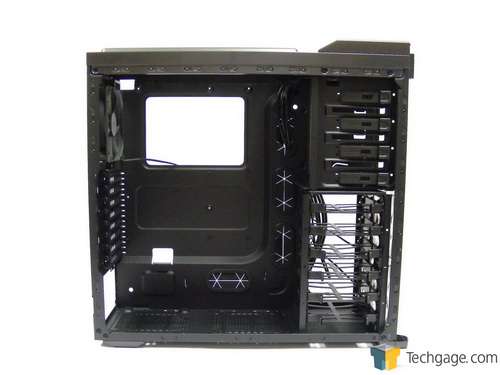 The hard drive cage at the lower front of the case is still rotated 90 degrees and can hold six 3.5″ or 2.5″ drives mounted to plastic trays. 3.5″ drives can be installed without the need for tools but 2.5″ will require a screwdriver. The hard drive cage is not modular or removable as some are, but this is not surprising given the moderate pricing. 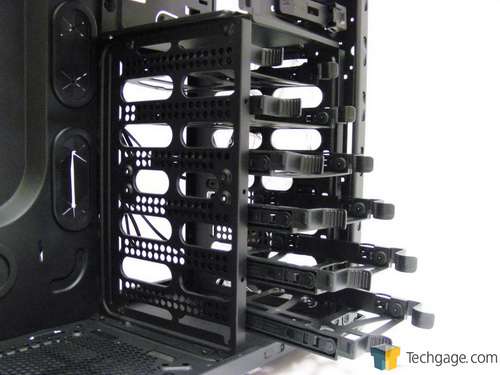 Found above the drive cage are the tool-less locking mechanisms for the 5.25″ drives. These are a little different than previous ones but they function in the same way with a push release. 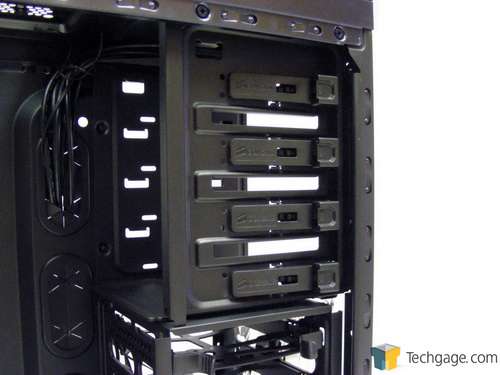 On the bottom are the openings for the optional fan and power supply. The power supply sits on four raised areas that are capped with rubber to absorb any vibration created by the fan. 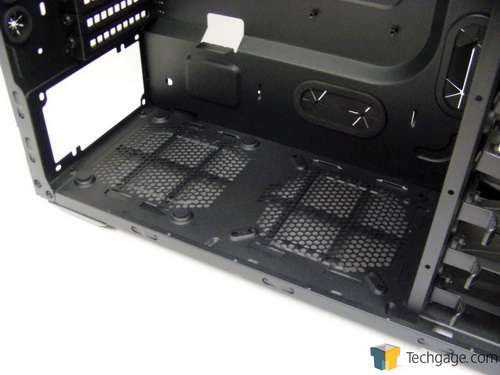 When looking at the motherboard tray the first thing that’s immediately noticeable is the reduction in the number of cable management areas compared to other Corsair cases. This time around there are three down the right side, one in front of where the power supply mounts and another up in the top left corner; the latter being the only one without a rubber grommet. Those with sharp eyes will also notice that the tray is recessed, meaning there is a channel running around the perimeter to help with cable management. 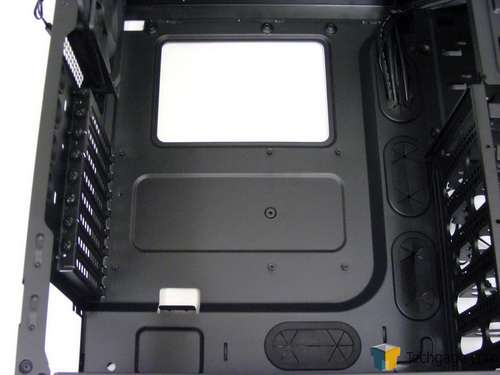 A quick look at the rear panel shows off what we saw from the exterior but also the thumbscrews used to secure each PCI slot cover and any installed expansion cards in place. 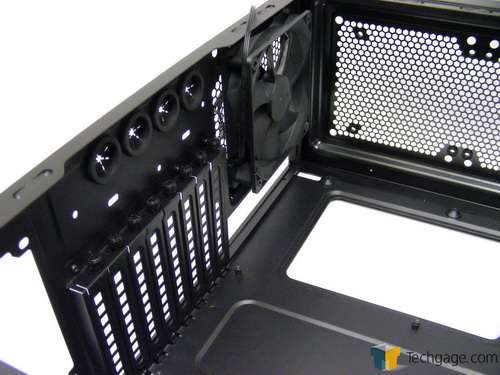 From inside, the top panel shows the mounting points for the optional fans but also the large amount of room available for an internally mounted radiator. 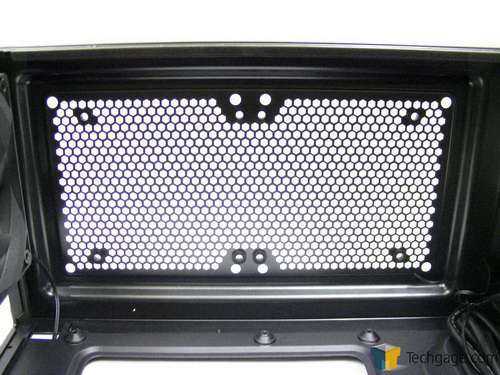 The back of the motherboard tray gives an even better look at the amount of room where cables can be run thanks to the tray being moved further back towards the right panel. Having the tray in this location means there will not be as much room between the two, however the channel that runs along the perimeter coupled with the raised side panel should offset this. 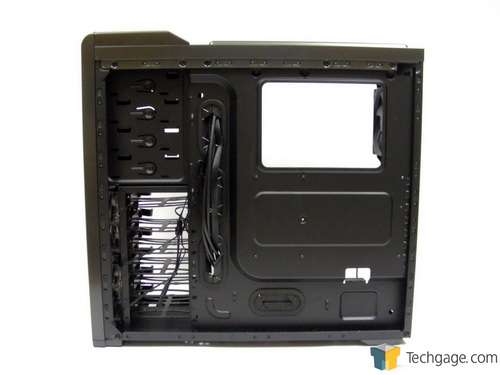 Included with the case are the usual motherboard standoffs, screws to secure the power supply, motherboard, hard drives and optical drives, and also a bag containing long bolts that are threaded on the end. There’s no mention of these in the parts list found in the included documentation, although I have a hunch that they may be used for mounting a radiator. The rest of the hardware is made up of some zip ties, a couple of stick-on cable management clamps and a USB 3.0 to USB 2.0 converter – important since not all motherboards feature a USB 3.0 header. 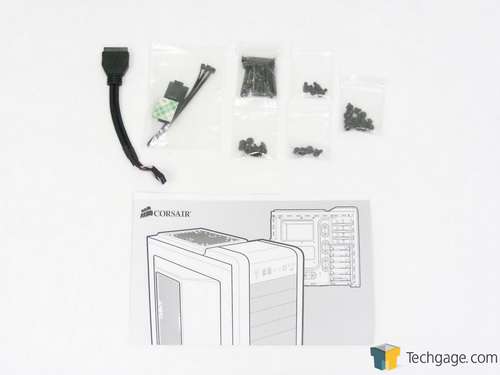 Having reviewed a couple of higher-end Corsair cases and even using one for my personal system, I’ve come to expect a lot from the company, but can’t wait to see how the lower priced 400R will perform. The installation and temperature testing is up next and should prove if this case is truly worth the price.