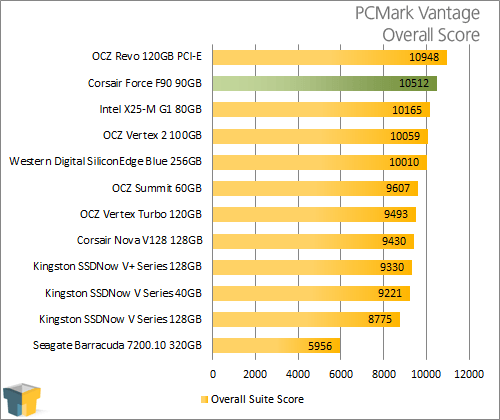 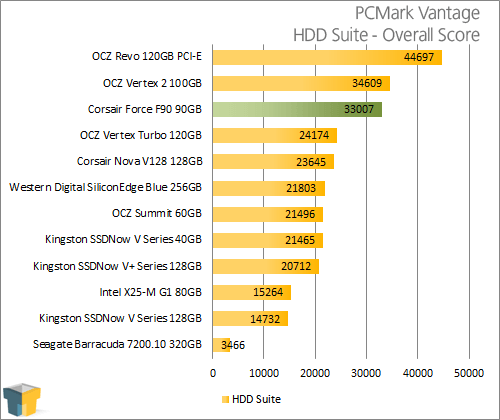 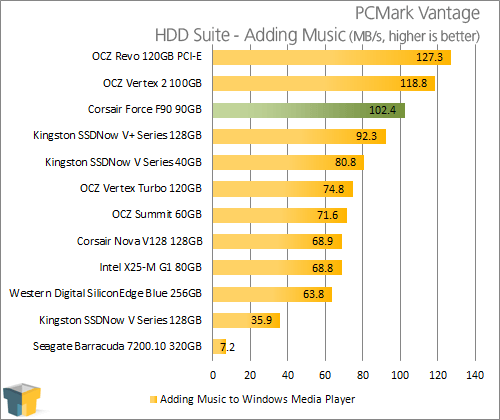 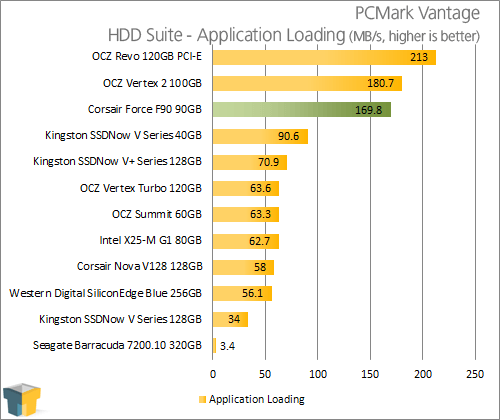 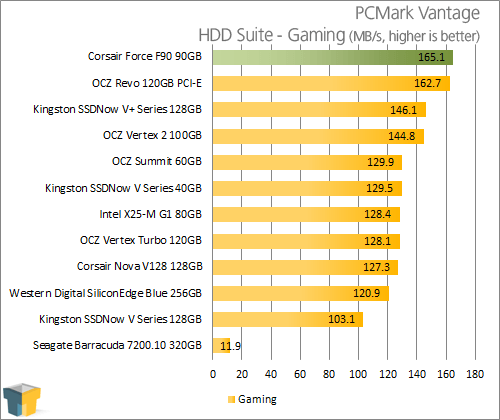 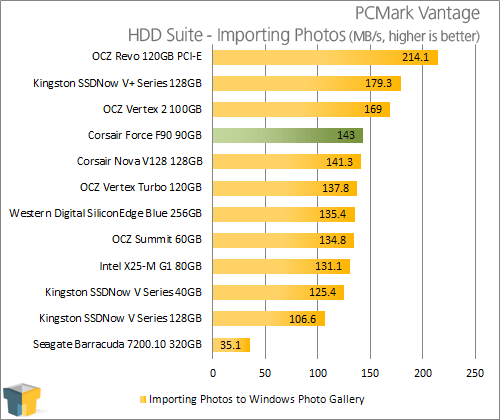 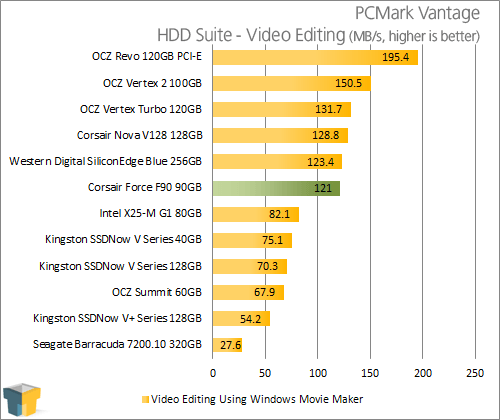 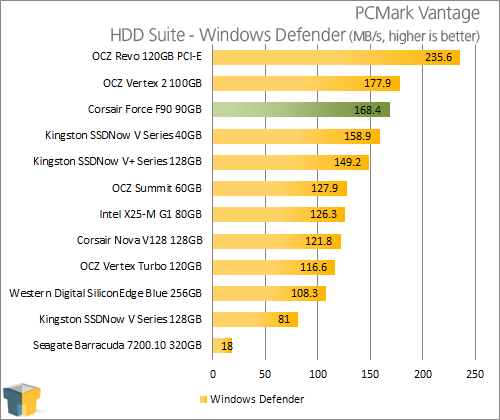 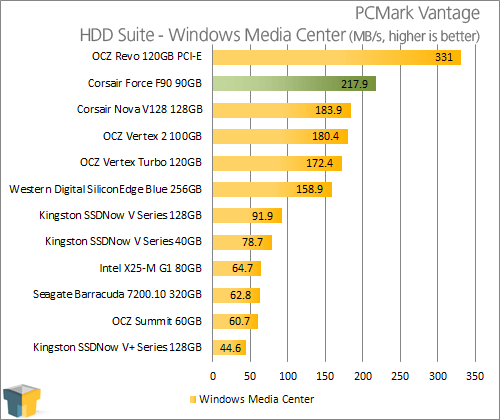 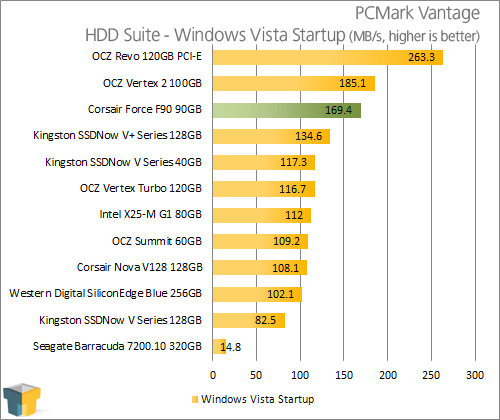 The overall PCMark score is fairly spectacular, especially given this is not the first SandForce SF-1200 based drive in our graphs. The only cause for such an improvement would be several iterations of firmware updates, as the other SandForce drives in our graphs had used the initial release firmware. It is nice to see such an appreciable jump in performance as the firmware matures.

Quixotically, once we break down the single total score, the Corsair 90GB Force doesn’t take a similar lead in the HDD Suite score, illustrating one problem with relying on a single overarching number. Instead the Corsair 90GB Force managed its impressive overall score thanks to a huge performance jump in the Communications subtests , along with an additional increase in the Gaming and Productivity subtests (neither are listed above).

All in all, Futuremark’s PCMark Vantage suite provides a good bellwether for system responsiveness, and in traditional SSD fashion the Corsair Force series drives have no trouble delivering on exactly that. If you are new to SSDs in general we recommending paying attention to the lone mechanical hard drive in our tests, as performance jumps like the above are typical when upgrading to a good quality solid-state drive.