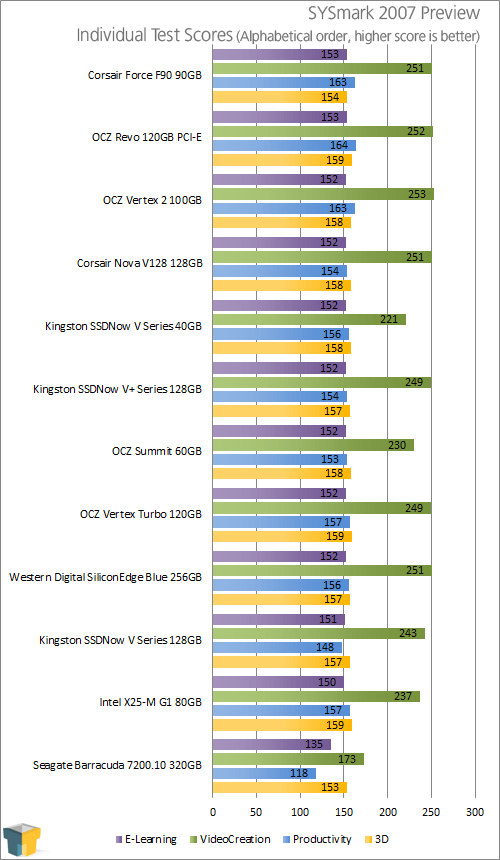 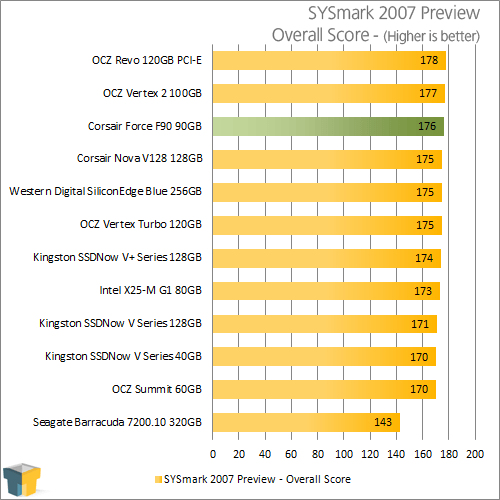 SYSmark provides an exhaustive battery of real-world usage tests by replaying the same recorded commands given by one individual as they used a library of content creation and productivity applications. According to BAPCo, differences of three points or less is not meaningful for the final score. Although we have no idea why the program is still marketed as a “Preview” given the programs utilized are older versions (Photoshop CS2 anyone?), they still make for an effective test today.

It is important to note that a SSD is just one part of a computer system, and just because it can make disk accesses faster, the OS more responsive, and keep the system running smoothly that it doesn’t automatically make all programs execute faster. We can see here that most SSDs are capable of attaining the best scores, to see a larger difference we would need to first upgrade our Q6600 test platform. SSDs make the most sense in fast, modern systems and especially laptops where slow 5,400RPM hard drives are still often utilized today (*cough* Apple).