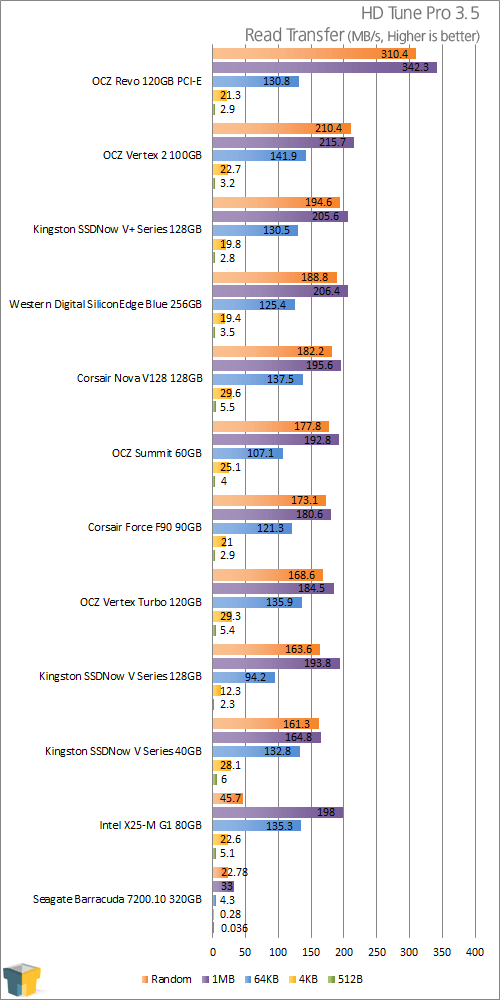 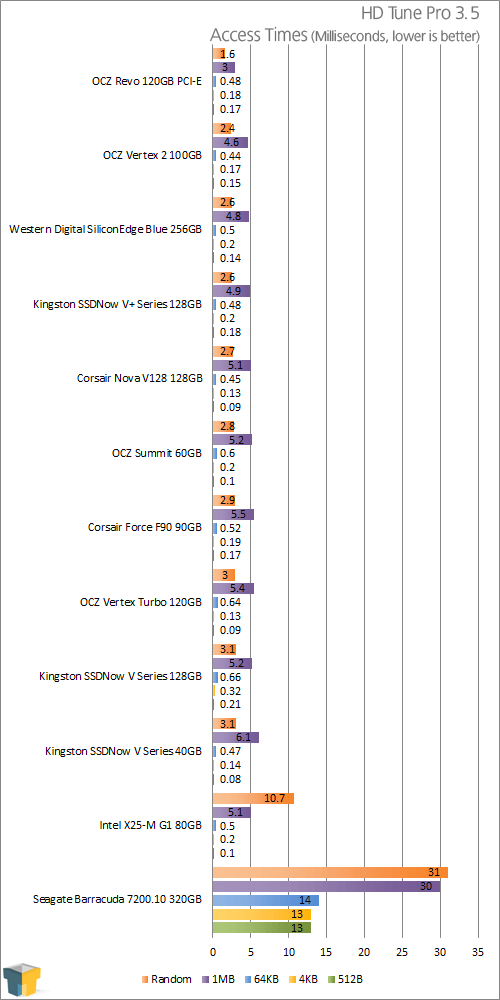 The Corsair Force 90GB puts up more good results in the HD Tune program, although the larger capacity Vertex 2 gains a slight edge. It is good to see that despite a one-fourth reduction in capacity, that drive performance isn’t appreciably changed.

Again we show the access times as these are the hallmark of solid-state drives, which can’t be underscored enough. Three milliseconds to read a 1MB file sounds like a long time by SSD standards, but in actuality it is the quickest time here. The lone mechanical drive requires ten times as long to access the same size file by comparison. Bandwidth isn’t just a flat value, it is determined by the type as well as the size of the file operation that is utilized for the comparison. 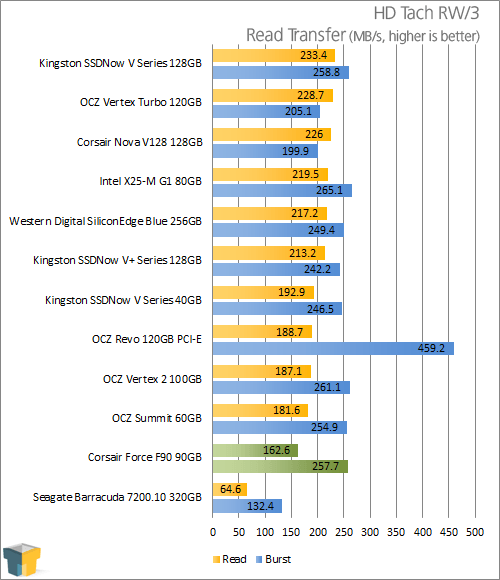 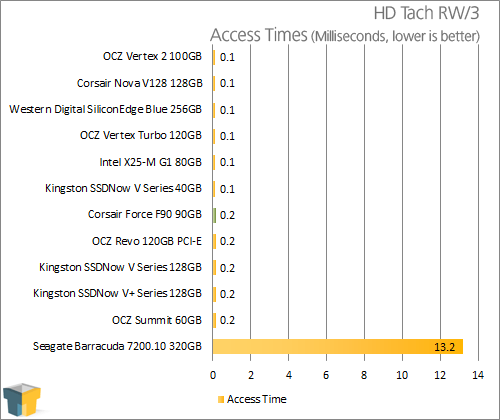 HD Tach is unfortunately showing its age as it is the only program that isn’t updated to natively support Windows 7 or Vista. A complete rewrite of the program was announced, but until then we will toss numbers in from this one to contrast with HD Tune. The 90GB Force didn’t fare well in this program, but again neither did drives like the Revo so we won’t read into this one.