First off, I must say kudos to Corsair for taking a leap forward and developing an external kit. There are others on the market, but many of them are much more expensive then the Nautilus, and also usually involve a lot more effort to get installed. The Nautilus proves not only to be noob friendly, but also will cater nicely to water cooling enthusiasts who wants a quick setup for one of their boxes. 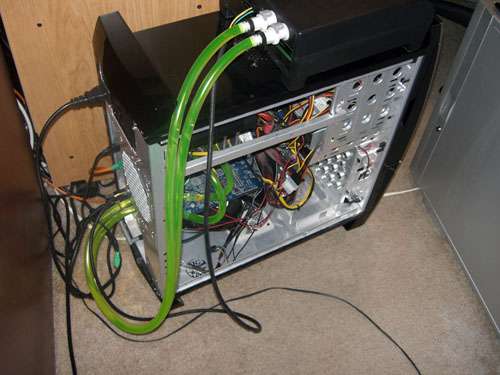 Regardless of whether you are new to overclocking or not, this proved to be a fantastic kit. I didn’t have any aftermarket coolers to compare it to, because the Intel system is not very old and I haven’t used any. Without a doubt though, this will cool better than any after market air cooler. Skipping right past the stock speeds, at my max overclock it managed to take a full 19°C off of the max temp. This is not a small difference, so I was very pleased to see it perform well. With that same overclock, the temp was still less than 50°C on average. That’s far better than the 64°C previously on air.

There are a few things about the kit that I also really liked. The quick disconnects are a welcomed feature, as you can unhook the unit from your PC very quickly. I gave that a quick test, and surprisingly not much liquid dripped out.. two drops max. I also liked the rather quiet noise from the fan. Granted, it’s still quite audible, but comparing it to the stock Intel cooler before it, there’s no question that this is far quieter, especially at the low fan setting. 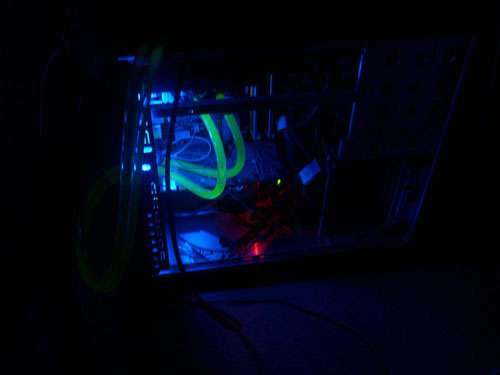 I don’t really have any huge beefs with the Nautilus, but one problem does stand out. The problem has to do with the four plastic tabs you need to use when you install on top of a LGA775 socket. Basically, they are the same on each end, and once they poke through the hole on your motherboard, they are staying there. You will need to remove your motherboard in order to squeeze them to get them out of there. This will not be a problem if you plan on keeping the Nautilus installed for quite a while, but it will be a pain to uninstall when the time comes.

That is my main complaint really, and there’s nothing else that really stands out to me. Corsair is pricing the Nautilus at $160 which make is affordable for most anyone who wants to get into the hobby. The system is also easily expandable so that you could add GPU blocks and even a north bridge block. This is a perfect kit for anyone who wants to either have a quieter computer, or push their overclock further. I am awarding the Nautilus500 a well deserved 9/10 and Editors Choice award.

Discuss this review in our related thread! There’s no need to register, so get in there.