On the first page, we spent quite a few words on exploring the various model SSDs Corsair sells on the market, and for one simple reason. Out of all the models listed there are only two worth considering, either because the others were superseded or because they are utilizing controllers that should be avoided.

If looking specifically at Corsair SSDs then the choice between the remaining two is a simple one to make. For the very best performance it is unquestionably going to be a model from the Force series. For the more cost-effective SSD the choice would be the Nova series which delivers above average performance at a below average price.

The Nova series replaces the Extreme models and utilizes faster Micron NAND. While users can save a few bucks on the Reactor series we strongly recommend spending the additional $40 as the performance and consistency of the SSD will be well worth it. 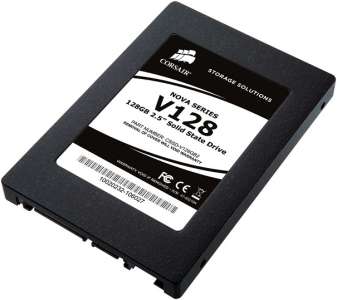 Where things get tricky is that for some bizarre reason the Corsair Force CSSD-F120GB2 SSD as of the time of this writing can be found for a few bucks less than the Nova series, no rebates involved. Perhaps a blast of cosmic radiation has affected Newegg’s severs or SSD manufacturers are suddenly getting a sweeter deal on SF-1200 controllers, but whatever the case it is impossible to beat the Sandforce SF-1200 Force series for less than a Nova series drive. As long as this pricing trend continues we will strongly recommend the Corsair Force series of SSDs.

To keep the article focus back on the Corsair Nova V128, the drive performs admirably as we have come to expect. The Indilinx Barefoot was the first controller to truly challenge and eventually beat Intel’s own controllers in several areas, and while they do not match the performance of today’s SandForce equipped SSDs they can usually be found at a much better value. The controller in this drive is exemplary and is a more robust, well-rounded controller than the others seen in our tests.

These drives are so good to the point that a computer user would be unable to notice the difference in everyday tasks. Unless searching for the very best we can easily recommend the Corsair Nova series SSDs, as long as they are found at a lower price than SandForce offerings such as the Corsair Force series SSDs.