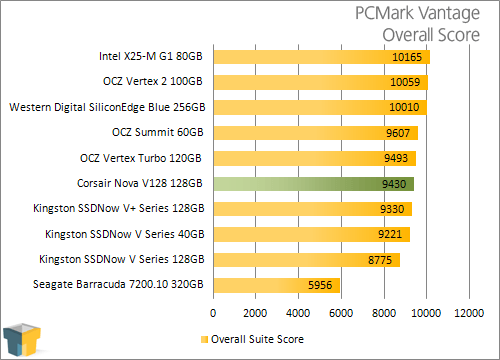 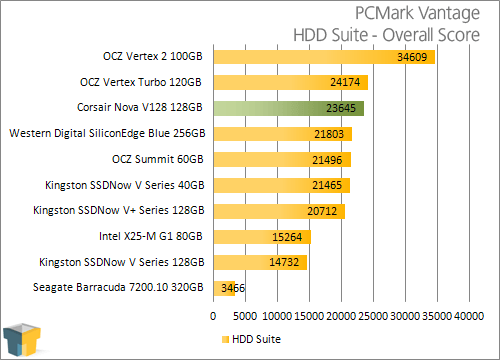 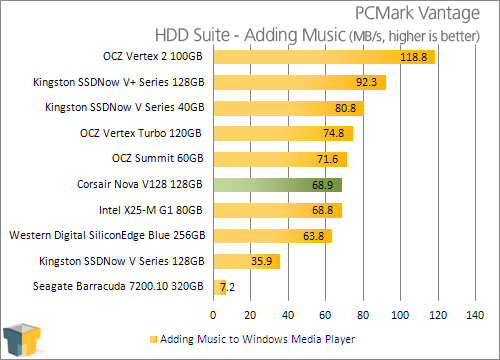 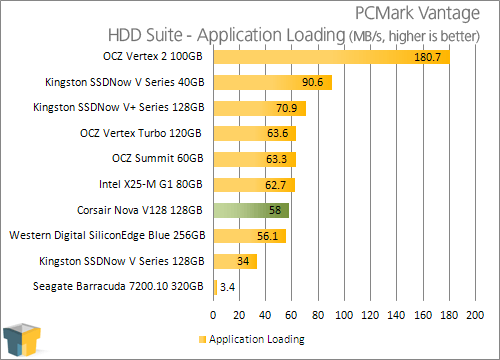 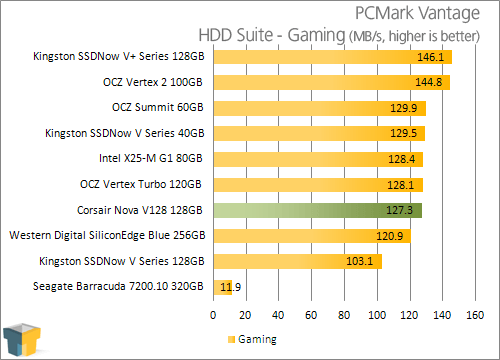 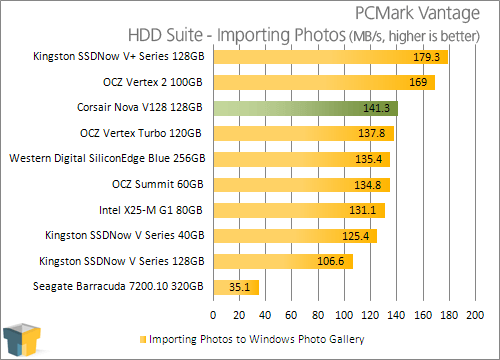 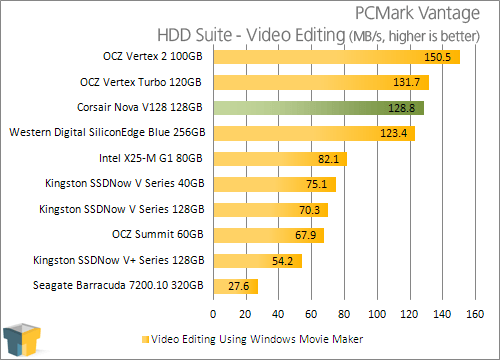 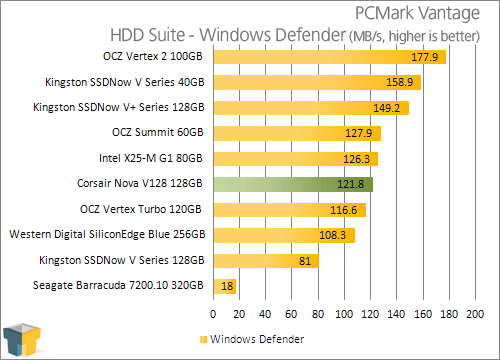 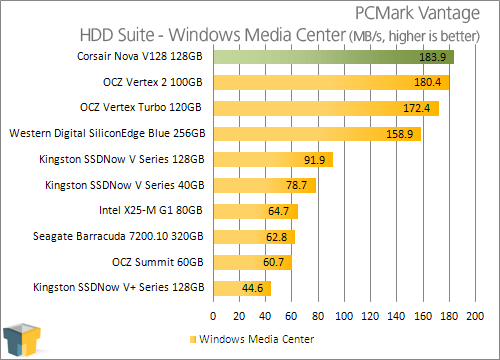 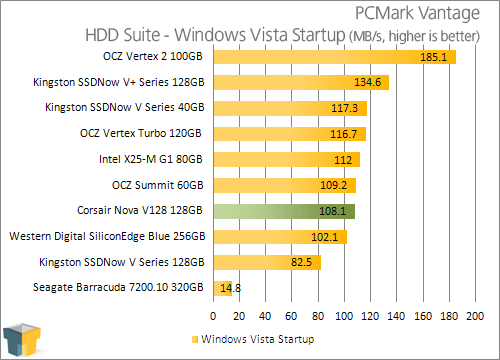 The Corsair Nova 128GB drive overall slots in exactly where we would expect to see it, hot on the heels of the Vertex Turbo. The Vertex Turbo features a slightly overclocked but otherwise identical Barefoot controller and the same NAND memory, as such we can expect to see this pattern continue for the most part in the rest of our tests.

Focusing solely on the final HDD Suite sub-score, we can clearly see that the Indilinx Barefoot controller surpasses all the other SSDs we have tested, save for the Sandforce SF-1200 powered Vertex 2 which is in a league of its own. To be fair the Vertex 2 is a whole new generation ahead of the older, venerable Barefoot controller and as such Sandforce drives tend to carry a price premium.