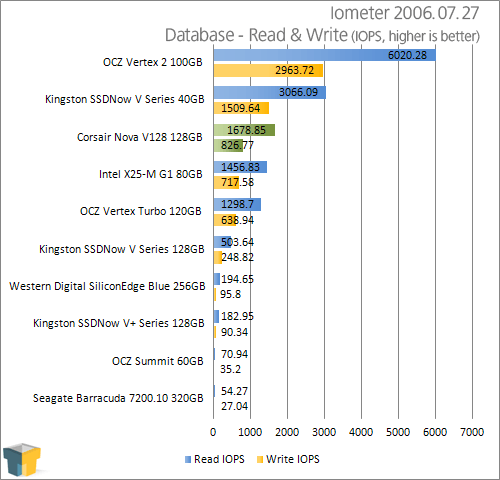 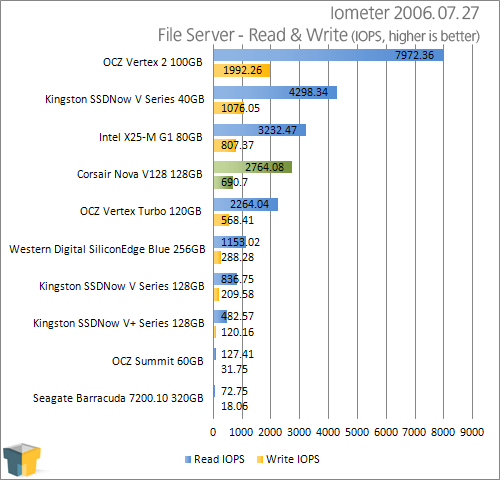 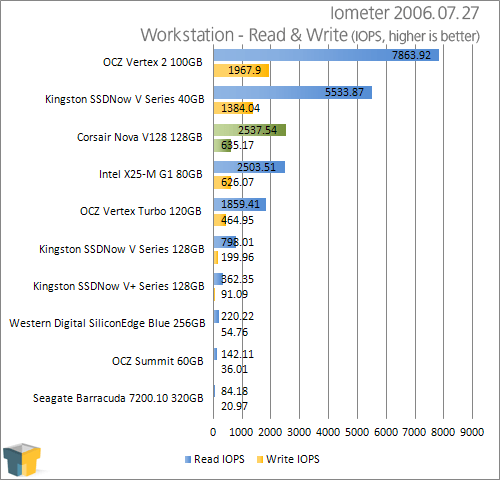 Scenarios such as these are pretty much the bane of hard drives and illustrate why 15,000RPM SCSI drives exist. Ironically, despite Iometer and these tests being created well before SSDs began entering the desktop market, the nature of the tests are going to inherently favor them due to their rapid, near-instantaneous random access times. While we do not have a 15,000RPM or VelociRaptor drive to use for reference, the numbers generated by them would only be little better than the desktop drive here due to the large number of tiny reads and writes to be made often randomly across the platter surface.

If the SSD controller becomes backlogged, it will exacerbate the stuttering, causing file operations that should take milliseconds to instead take up to a full second or more to complete, thereby only compounding the problem. Unfortunately, the Summit happens to use a Samsung controller optimized solely for large, single sequential writes and makes for a good example as a warning of what to look for.

Results here still favor the newer second-generation Intel G2 controller in the discontinued Kingston 40GB drive (not to mention the SF-1200), but the Nova puts out a surprising performance here above that seen from the Vertex Turbo. Both drives feature NCQ, so we suspect firmware changes made since our Vertex Turbo review may of played a difference here. 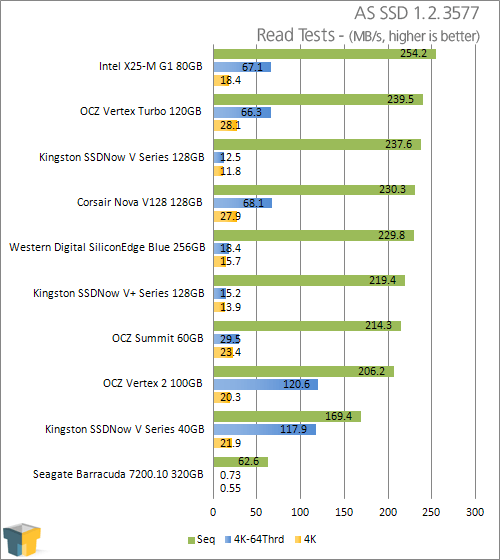 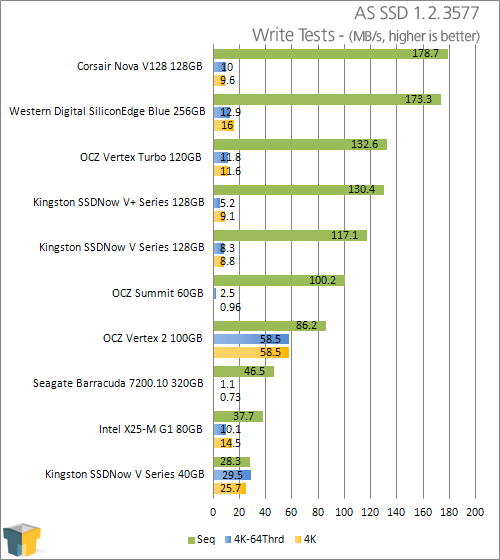 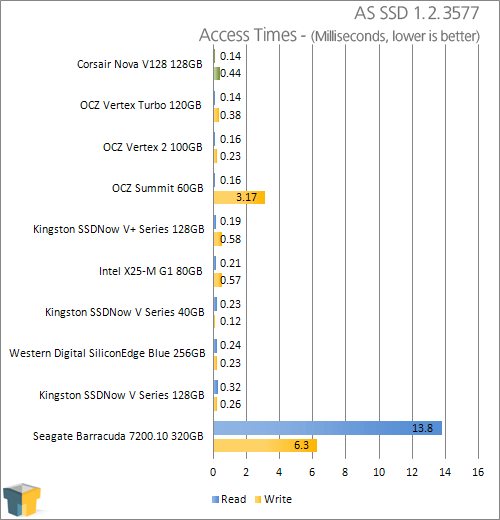 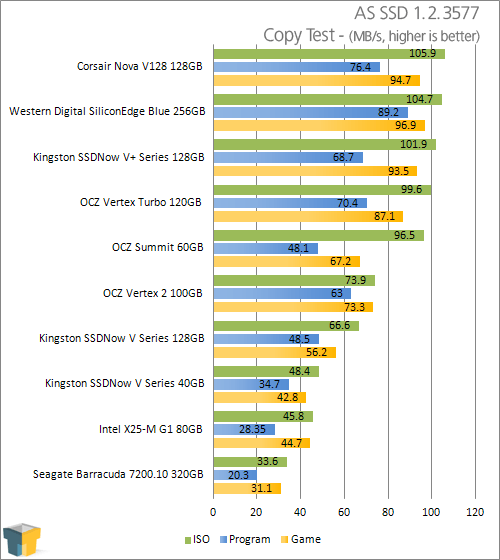 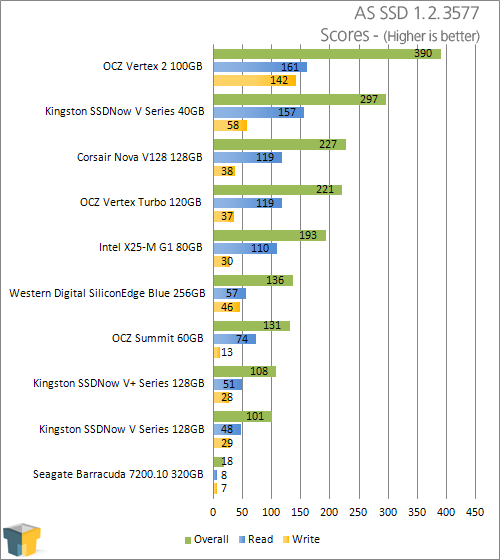 The Corsair Nova and OCZ Vertex Turbo again are neck and neck in read throughput, although the Nova does walk away with the edge in the write throughput test. Access times are excellent with the Nova posting some of the lowest latencies. In the final tally the Nova just edges out the Turbo, which is impressive given the Turbo has a 14MHz controller overclock advantage.

Access times like these are the reason why a mechanical disk RAID array can never be the equal of any good quality SSD, because adding mechanical drives together in RAID does not decrease the initial access latency involved. Concurrent file accesses in RAID can better hide the latency penalty, but it doesn’t actually remove it.