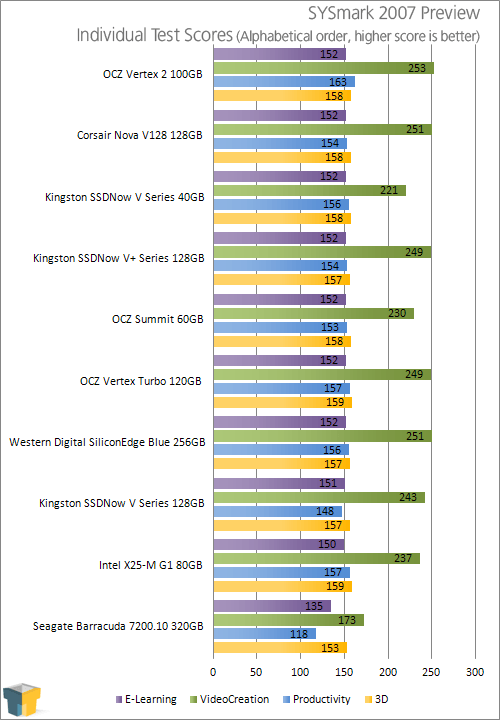 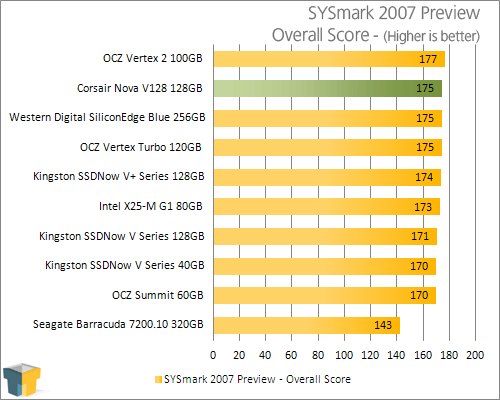 SYSmark’s exhaustive battery of recorded real-world usage tests is an important factor when trying to precisely gauge drive performance. According to BAPCo, differences of 3 points in the final scoring should be considered meaningful. Given the age of this test suite, the “Preview” part of the benchmark’s name, however, is definitely not.

Both the Nova and Vertex Turbo lead the pack in performance with the Vertex 2 showing a slight edge. All in all this is a very realistic measurement as if each one of these three SSDs was used normally in your PC the performance differences would simply be imperceptible outside of benchmarking programs or another type of workload that is partially bottlenecked by the storage medium it utilizes.