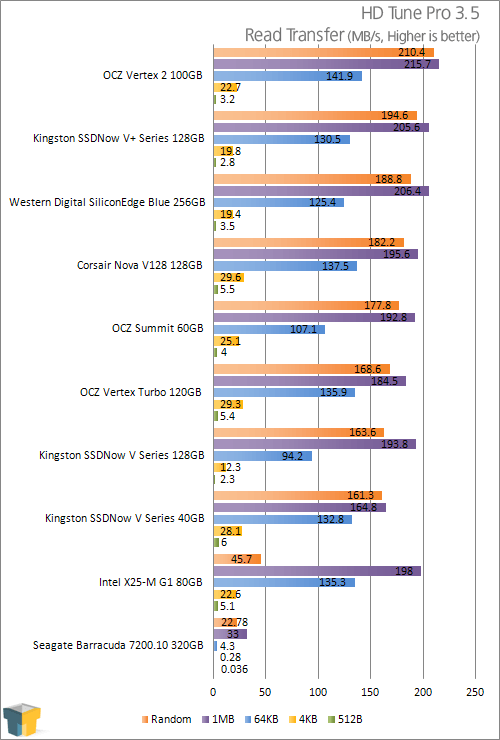 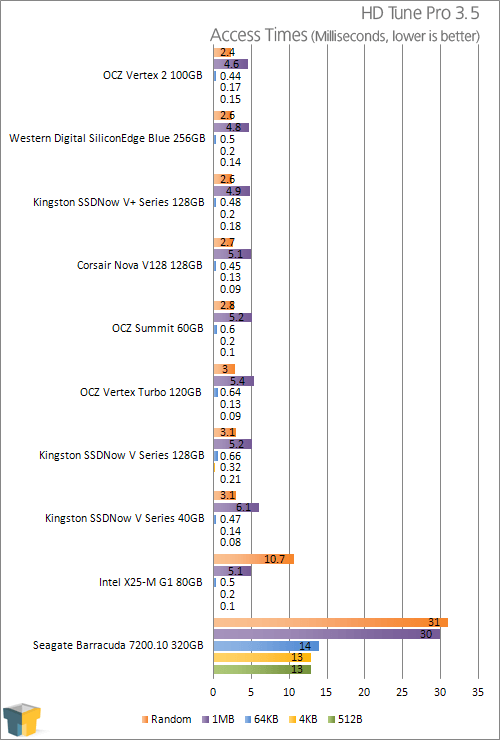 Once again the Nova edges out the Vertex Turbo with higher read results, likely due to additional firmware optimizations done since the Vertex Turbo was evaluated. Again the Barefoot controller in those drives posts slightly better results with the 4KB and 512B file sizes over the Vertex 2, at least with this one program.

Yet again we show access times as these are the hallmark of solid-state drives, and I can’t underscore this point enough. The dirty state of the G1 leaves it with a particularly high result here, but even the G1 and other SSDs all put in results an order of magnitude better than the platter-based drive with small file reads. 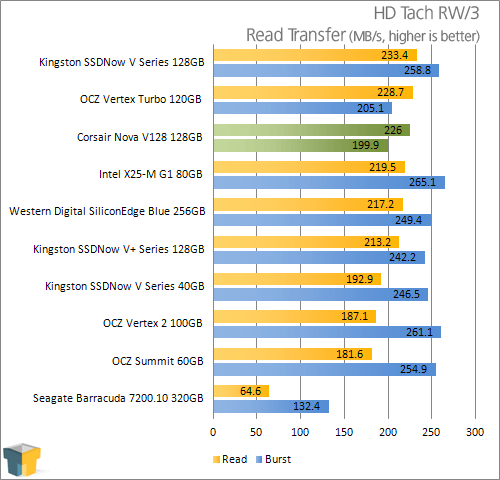 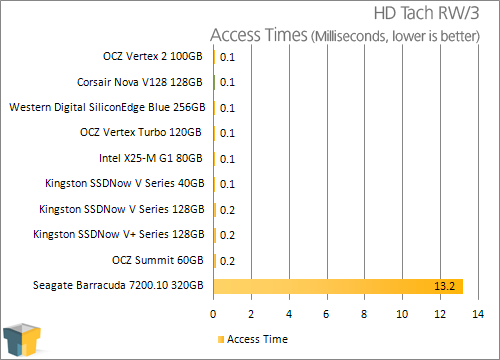 HD Tach’s age might be showing here, and we can only hope that the announced future rewrite of the program brings it up to date with storage technology. The Vertex 2 ranks in just above the old Summit drive, but given the best read results are held by a JMicron based drive and other similarly fast drives also fared poorly we aren’t going to give this test too much credence.

HD Tach is another program designed to measure platter-based drives (hence the downward curve in the image) but is capable of measuring access times below 0.1ms if the platform is up to the challenge. For the hard drive, the 13ms access latency is typical for a standard mechanical drive, but even a VelociRaptor would only decrease the latency to 7ms, a far cry from 0.1ms any SSD typically achieves. This clearly illustrates the drawback to RAIDing traditional mechanical drives.