I like my cases like I like my women – well built, quiet and priced right. Uh, wait… well this is embarrassing, but a great segue none the less!

Corsair is at it again with the launch of the Obsidian 550D mid-tower case, the little brother of the 650D and monstrous 800D. The previous models have both won critical praise from the tech world, but the 550D takes a detour on the performance highway and shifts gears towards quiet computing. Since this will be Corsair’s first foray into this market, it’ll be interesting to see if the 550D is a worthy addition to a prestigious line up tailor-made for high thermal performance.

The 550D comes in at the lowest price point of the three available models, but a quick look at the exterior lets you know that this is still a Corsair product through and through. Made of steel with an aluminum front cover, this case can hold micro-ATX and ATX motherboards as well as some aggressive cooling solutions that aren’t normally associated with “quiet” cases. 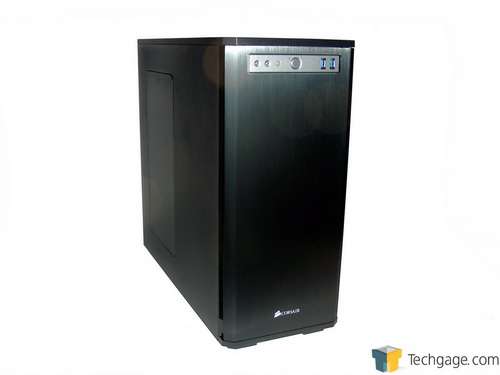 As with most reviews, we start with the front panel and the I/O area in particular. From left to right on the silver aluminum plate are the 3.5mm microphone and headphone jacks, reset button, hard drive activity LED, illuminated power button and two well-spaced USB 3.0 ports that connect internally, which now seems to be the norm on most high-end cases. 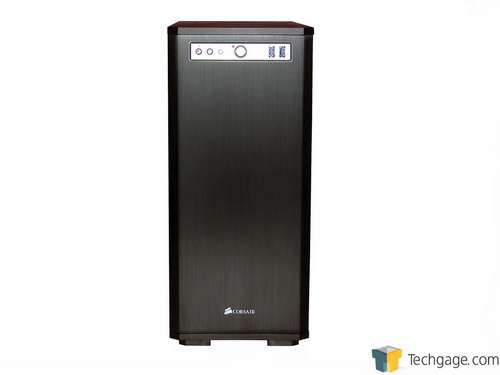 The front of the 550D may seem plain, but looks are deceiving as the solid front panel can swing open from either side or removed all together to reveal four 5.25″ drive bays. The interior of the door is covered with sound dampening foam to help keep system noise to a minimum. Below the drive bays is a foam-lined, removable cover that gives access to two 120mm intake fans hiding behind a removable plastic filter that’s held in place with flexible magnetic strips. 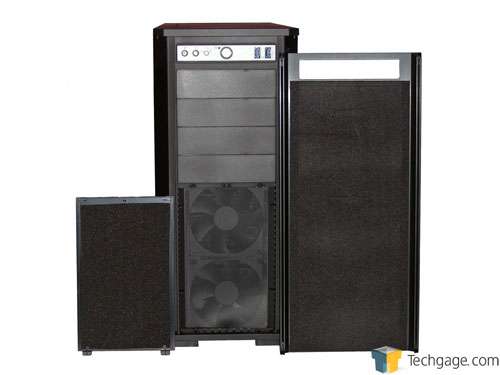 Over on the left side panel is another removable cover with a similar filter to keep dust out of the case. A filter in this location seems to be something that many manufacturers overlook so it’s nice to know that as much dust as possible will remain outside if up to two optional 120/140mm fans or a single 200mm fan are installed in this location. To further help with noise each fan can be mounted using the included rubber dampeners that will absorb vibrations. 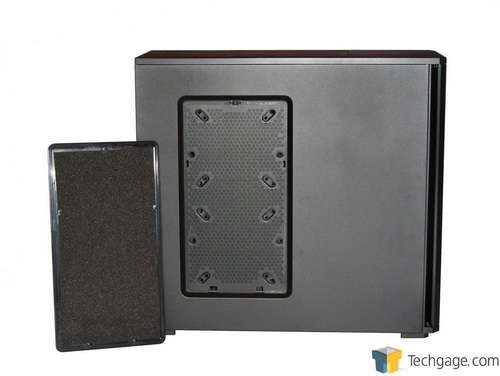 Around back at the very top are the release buttons for each side panel, the motherboard I/O opening below and a 120mm exhaust fan that is also mounted with rubber dampeners. This fan can be swapped out in favour of a 140mm fan and the dampeners can be moved to those mounting points as well. Finishing things off are 8 vented PCI slot covers held in place from the inside with thumbscrews, four grommet-lined pass-through holes for external water cooling and the power supply opening at the bottom. 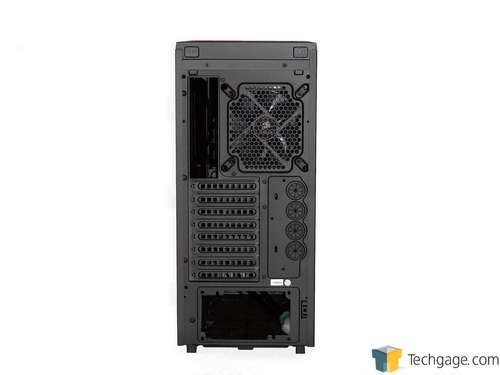 Hidden under the power supply opening is a long, removable filter that covers the ventilation area for power supply itself an optional bottom mounted fan, which we’ll look at shortly. 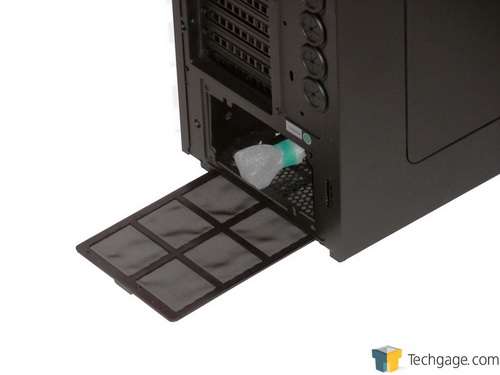 Seeing how the right panel is completely solid we’ll move up to the top where yet another removable cover gives way to another filter. This cover, like the rest, is also covered with sound dampening foam. Up to two optional 120/140mm fans can be installed in this location complete with rubber dampeners – enthusiasts know what this means. That’s right, I’m talking about support for most radiators measuring up to 240mm including Corsair’s own H100. 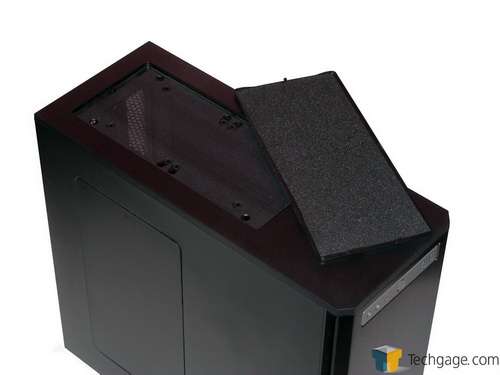 With the case flipped up we see the four rubber-padded feet and the filter mentioned earlier. 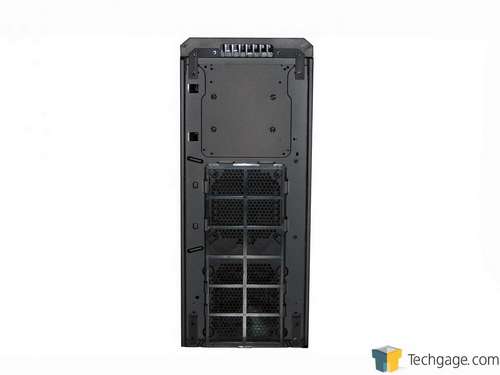 Like the rest of the Obsidian series the 550D has a minimalist exterior, but if it’s anything like its big brothers, there’s tons of fun still waiting for us.