by Brandon Mietzner on September 5, 2012 in Gaming

The latest incarnation of the world’s most popular anti-terrorist game series, Counter-Strike, has just arrived. Global Offensive brings many changes to core mechanics, adds new game modes, and improves visuals. Will these changes help bring back old players, or has the bomb finally detonated on the series?

The world of Counter-Strike has changed much since its inception as a mod for the original Half-Life, but its core has largely remained the same – until now. Counter-Strike: Global Offensive (CS: GO) has done away with one official game play mode and has added a few more to spice things up. 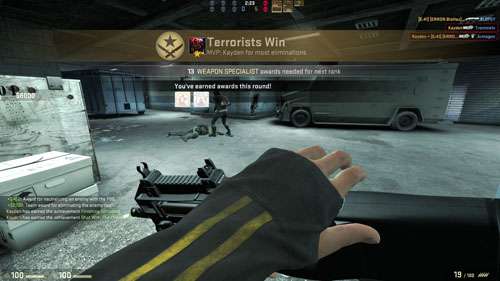 The newest modes, Arms Race and Competitive, are there if you want to change up your CS experience. Arms Race is a quick-paced game where all players instantly spawn with a particular weapon and with each kill, they progress to the next weapon. The first player to kill an enemy once with each weapon wins. As I mentioned before, Demolition is a mixture of Classic and Arms Race by that it has standard rounds with bomb objectives but you do not buy your weapons- you gain them with each kill from round to round, which are best of 20.

The new game modes are not the only major changes to the game, there have been many core gameplay mechanical changes as well. The weapon spray is no longer a semi-consistent grid, the kick-back is now a major factor in how the spray affects your accuracy. This is a minor but welcome change. The new Molotov cocktail will change how many players will approach a given area when it is set ablaze, making even the most experienced player think twice before progressing. 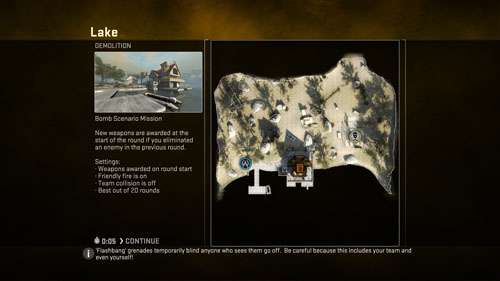 The game is still using the Source engine but this doesn’t mean that it hasn’t received a major overhaul in the graphics department. The entire official Counter-Strike map library has received this overhaul but there are also some minor changes to the layout on some maps as well. Anyone who has played Italy will notice that the corridors in CS: GO have a more direct route to the hostages, instead of being a labyrinth for players to navigate.

The map balancing doesn’t end there; many places that players use to exploit cover have also been removed. The most famous (or infamous) place this happened was with the stack of bricks on the Dust 2 map when moving to bomb site A; the bricks are no longer body height and you cannot put your gun in it to shoot through and remain relatively unhittable by other players. This is now a little lower then crouching level and a majority of the upper body of the player is hittable, not just the head as it was before.

A quick but effective new feature is that you no longer need to hit the tab button to see who is still alive and shooting on the map; at the top of your screen there is a quick view of who is alive no matter what side you are on. The menu to purchase weapons has also been updated; instead of a list you are now given a radial menu with a quick graphical look at the stats of each weapon. This is a quicker way to view a weapon’s strength and weakness, enabling beginners to be a part of the action a lot sooner.

The AI players have had a major overhaul to their difficulty levels, giving players a reasonable challenge instead of a persistent low or high difficulty, with no room for in-between. Playing with bots still doesn’t replace human players, but if you find yourself on a server where actual players are lacking and you have died, you can now take over the bot and continue playing instead just waiting around for them to finish the round in Demolition or any of the Classic modes. 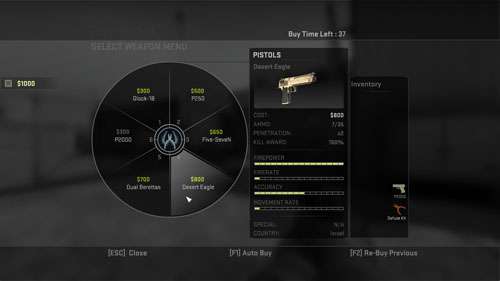 The act of joining a game with a group is now a much simpler process. Instead of just joining a server one at a time or trying to join it after some else has, you can now form a lobby in game and join a server with everyone in your party. This helps keep you and your friends together; though this feature is not new, it will be a welcome site for those who enjoy playing with a particular group of friends or clan mates. Those looking for an achievement challenge need to look no further than this game. The bulk of the 167 achievements have been rehashed from CS: S but with the inclusion of the new game modes, many of them are focused on game play and not just weapon usage.

There have been a few features that were dropped in CS: GO, such as choosing your own skin and using a spray in game. The lack of using a spray won’t be problematic for most players since the majority of servers disabled it anyways, but the selectable skin feature gave many players the sense of personal style, so it might be something some players will miss. This time around, CS: GO runs through an independent executable file instead of being attached to the old hl2.exe; with this change I have noticed the typical issues associated CS: S that I have experienced have been resolved such as the game not responding after the intro video starts and audio causing spontaneous frame rate drops. These problems should have been fixed in CS: S but never were. 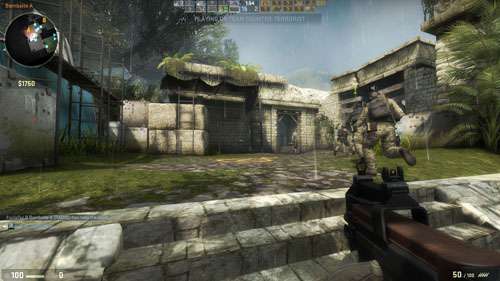 I have also noticed that macros I setup to buy my weapons is much more efficient when using a program outside of the game, such as with Logitech’s keyboard software, thus I can set them up to be almost immediate – something that was impossible to do unless you setup a buy script in the game itself. The efficiency of the game engine does not stop there; I am running a multi-monitor resolution of 5760×1080 and with 8xCSAA and 16x Antistrophic Filtering I was managing over 60 FPS (albeit using dual GeForce GTX 580s) with everything maxed. This game should have no problem running on older generation computers, though, with little or no difficulty with average settings.

The engine does have some limitations. Sadly, it does not properly support multi-monitor and I have to use a third party program to resolve this issue. The total amount of players has also been reduced. This might be changeable on community servers but the most I have seen is 24 – which could be a problem for players who are used to playing with over 40. The servers for CS: GO can currently only be viewed in game; for those who don’t know many games that use Steam Works for multiplayer can be accessed out of game by going to the top of the Steam program and clicking on Views > Server, but not for this game. The exclusion of this feature is disappointing and I hope to see it included at a future date, along with a higher player cap.

In the end, I believe many of the changes made to Counter-Strike: Global Offensive give the player a greater degree of choice to how they want to play without sacrificing that which we have come to appreciate from the series. There will be those who don’t like it because of the changes I described above; just like when Counter-Strike: Source came out, many remained with 1.6 or 1.5 because it was too different. I am a veteran CS player and I am proud to see these changes and plan to spend many more hours playing it. When you give it an open-minded chance, you might not go back to the previous iterations.