The first cooler we took a look at from Scythe uses a top mounted fan design that allows air to be blown down through towards the motherboard. The included 120mm fan is very quiet and it does a respectable job on our stock speed tests. It was unable to complete the testing at overclocked settings, however.

The Andy Samurai Master features a compact design and doesn’t take up as much room as many 120mm fan-based coolers since the fan is mounted horizontal to the motherboard. Utilizing push pins for mounting made it simple to install and there is included hardware for all socket compatibility. This cooler can be found for around $50. 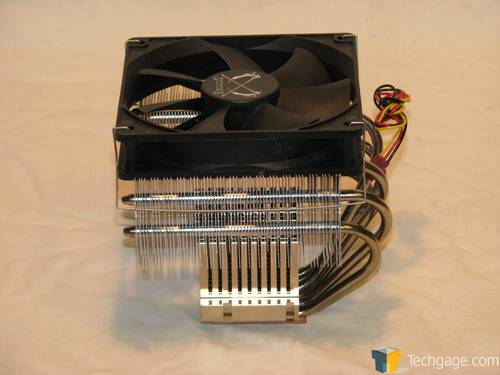 The Mugen utilizes 5 heatpipes to pull the heat out of your CPU. The included 120mm fan is quiet and efficient as well. The mounting hardware included is simple to use and all current popular CPU sockets are covered. Size is something of an issue since the fan is mounted vertically, so you need to be certain your case has the proper about of space. This is a great cooler for the money since it can be found for around $50. 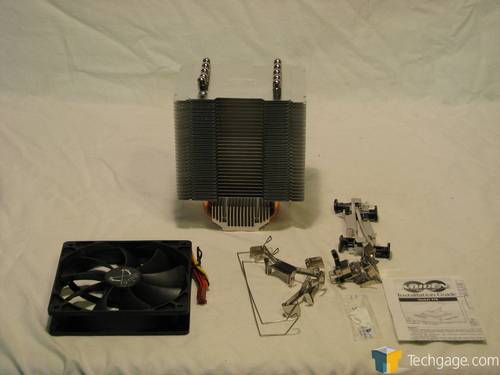 The Ninja is one of the older coolers we put to the test. It has been out for some time, but is still rather decent. The mounting hardware is simple enough and all popular sockets are covered. The included 120mm fan is very quiet but somewhat weak as it was unable to keep our test CPU under the shutdown temperature when running full load overclocked. It does a respectable enough job for its current price since it can be found for around $45. 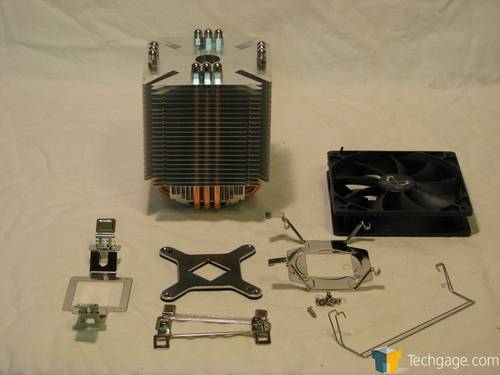 The Ninja Copper is the exact same cooler as the original Ninja with the exception of being an all copper design. It is literally identical to the original and even uses the same ineffective fan. It barely managed to keep the temperature under the 85C shutdown threshold when the CPU was overclocked, as well. The prices I found for it put it around $70 and I would not recommend it at any price over $50, if at all. 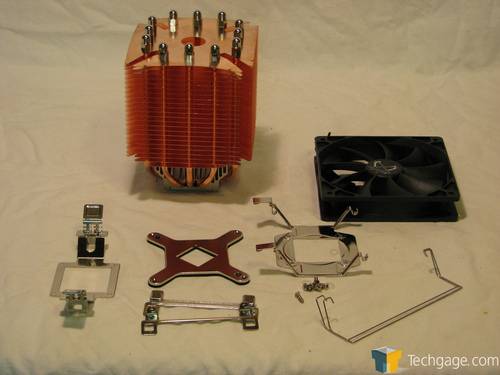 Up next is the Scythe Shuriken. This cooler is specifically designed for low-profile applications. While the low-profile design makes it a little more difficult to install, it is perfect for HTPC and very low height installations. The fan is quiet and effective enough to keep our QX6850 under 75°C at full load at the stock CPU speeds. In all fairness, it was never designed for or meant for overclocking so when it failed the overclocked test, I was not surprised.

Still, this is a great low-profile and lower budget cooler that does a very respectable job for such a small package. They can be found for around $35. 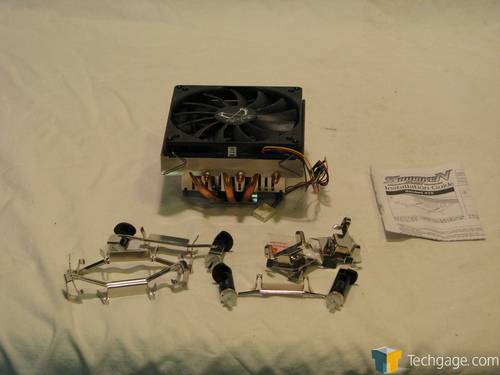 Scythe took the horizontal fan design to the extreme with the Zipang. With the ultra quiet 140mm fan and simple mounting, I was honestly expecting more out of this cooler. It is definitely large and case space needs to be taken into consideration when pondering a purchase. The included mounting hardware was simple to use and covers all popular sockets. One other benefit is that the fan will also cool down the socket area and memory since it’s massive! These can be had for around $60. 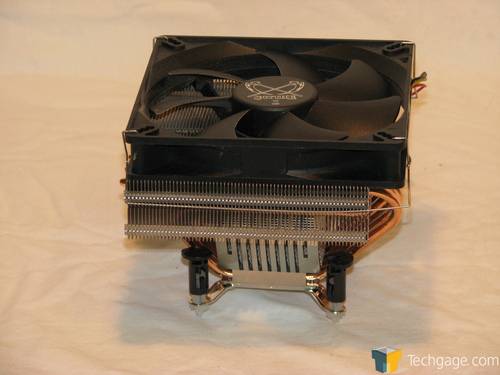