Thermalright is another well-known company producing high-end heatsinks for all sorts of PC applications. The Ultima 90 is no exception. Sporting a lower profile, this cooler is great for those of you with space limitations. The mounting design covers Intel 775 and AMD AM2 sockets and they even include fan brackets for 92mm and 120mm fans as well.

Installation is somewhat tricky but not ridiculous. Since there is no included fan, I used a Vantec Stealth 120mm fan for testing. This was a nearly silent solution and unlike many others, performance does scale well when using a high CFM fan, so I would recommend the highest CFM fan you don’t mind listening to it, for maximum effect. They can be found for around $45. 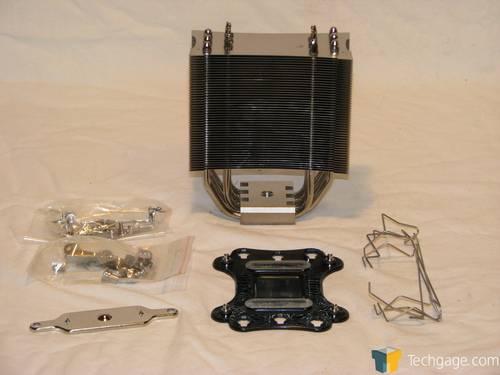 Here is yet another example of how bigger can be better. Utilizing larger than normal heatpipes, this cooler is a beast. Using the same low noise Vantec Stealth fan that we used on the Ultima 90, this cooler put out some truly impressive numbers. It was able to run nearly silent yet maintain very low CPU temperatures even when overclocking.

It may not be the cheapest at around $65, but it is the best of the best in terms of performance when using a quiet fan. This cooler should still be on your very short list if you have a Quad-Core CPU and plan on pushing it to the max. Installation is also easy enough and the included Intel 775 and AMD AM2 hardware make it ready for your overclocking dreams. 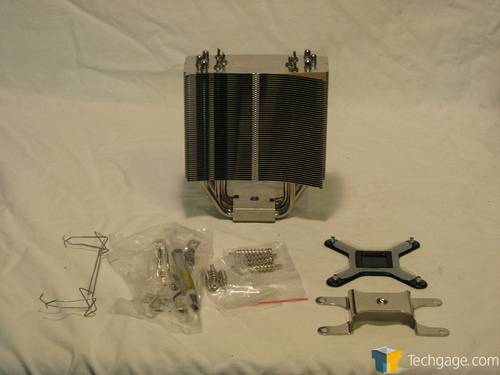 As the oldest cooler tested of the bunch, I was not quite sure what to expect from the Big Typhoon. After being released almost 2 years ago, this guy has survived the test of time. Quite possibly the largest overall size of any other cooler, I did expect better of it. To me, the smaller heatpipes and mounting base just were not up to the task of handling my Quad 2 Extreme CPU.

While it did perform well at stock speeds, it was unable to complete the testing when overclocked. It was easy enough to mount and is compatible with all current sockets as well. Unfortunately, time has passed it by and for the price of $55, it just isn’t up to the job for Quad-Core overclocking. 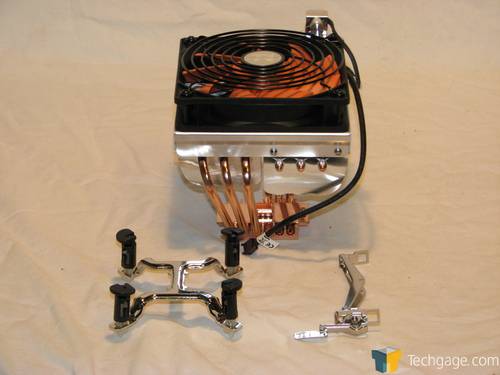 Utilizing the horizontal fan design, the Max Orb is another oldie but goody. The mounting mechanism is quite simple to use and it will fit most popular CPU sockets. With a built-in fan controller, you can adjust the fan speed, albeit you must do it internally.

One thing I will note is that the fins were easily bent and my tests, one bend made contact with the fan. That aside, while able to handle stock speeds, it too was unable to handle my overclocking. They can be found for around $45, but there are better coolers available for the same amount of money. 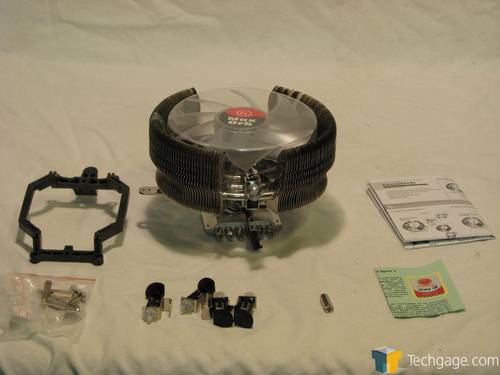 The last of the Thermaltake coolers we took a look at was the V1. With its all copper design, I was expecting more from this. Two large heatpipes, the too-small mounting base and all that copper just were not enough for my Quad-Core when overclocked. It did perform better than most at stock speeds, but it was quickly overwhelmed once the Vcore was turned up. It was easy enough to install and will fit all current sockets, but its $60 price tag is just not warranted as there are far better performing coolers for the same price. 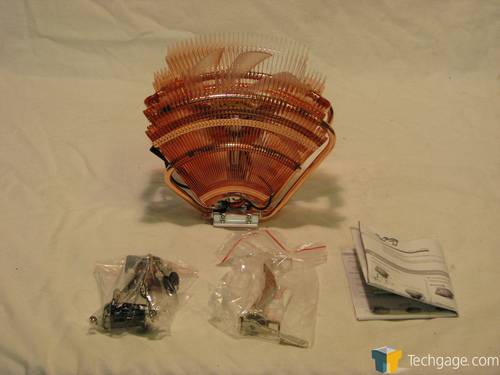