OCZ’s budget entry in the cooler world is the Vanquisher. It uses a simple design and an 80mm fan to get the job done. As it uses the Intel push-pin design for mounting, it is simple to install as well. It is compact and moderately priced but don’t let that fool you. It packs quite the punch and the only real drawback was the noisy fan. They can be found for around $30. 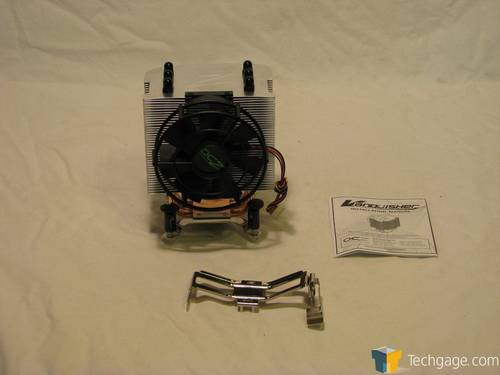 The next cooler from OCZ uses a different approach to cooling. The heatpipes are directly applied to the processor instead of a copper pad in between like most others. Using a 92mm fan, it does quite well but again suffers from higher noise levels. The Intel push-pin mounting is used, again resulting in a simple installation. The fan-attaching mechanism was somewhat difficult to master, though. These can be found for around $40. 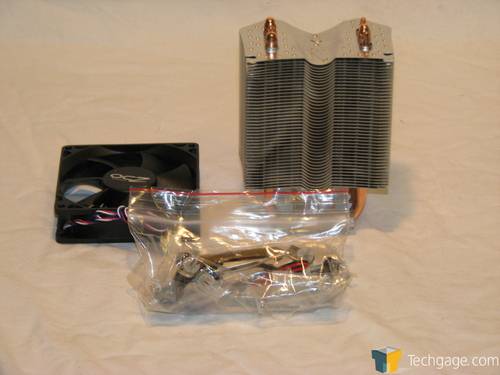 The redesigned Vendetta 2 took the original a step further. Utilizing the same mounting methods and direct die contact, they also upped the fan size as well to a quieter 120mm unit. Now with the quieter fan, they have given us a good and quiet midrange cooler. It is larger than the original so be sure you have the space in your case before picking this one up. They can be found for around $50. 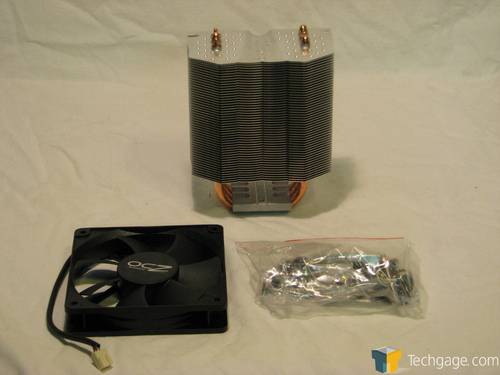 The Vindicator is the first heatsink from OCZ. It too utilizes the push-pin mounting system and a quiet 120mm fan. It did struggle with the heat when the CPU was overclocked. It is quite large and you need to be mindful of space when considering this one.

As this is somewhat of an older cooler, availability is not as good and they are pricey, especially considering the lack of cooling power for Quad-Core CPU’s. I would not, however, hold this against OCZ since it was released before Quad-Cores were mainstream. They can be found for around $55. 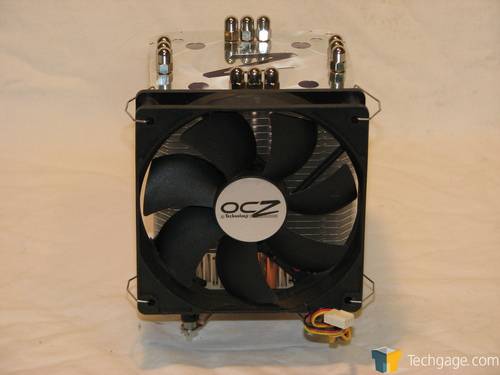 The Noctua NH-U12P is the first of the large coolers we tested. Equipped with a 120mm silent fan, this cooler is quite large. This model is a slight refresh of the original and comes with a stronger fan as well. The base and heatpipes are also now nickel coated whereas the original was straight copper.

The installation hardware for all socket compatibility is included and is easy to configure. There are also 2 fan speed reducers included for those seeking as close to silence as possible. The larger size may be an issue with smaller cases, so please bear that in mind. They can be found for around $60. 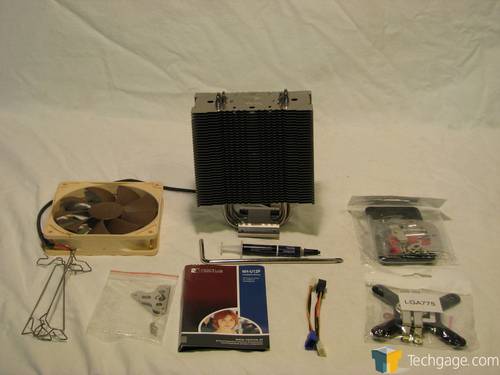 The Arctic Cooling Freezer 7 Pro was very easy to install thanks to the removable fan and the use of the stock Intel push-pin design. The effective use of moderately sized heatpipes and a shrouded fan really make this cooler extremely effective.

The best part is that this is one of the best bang-for-your-buck coolers out there today. They can be found for roughly $25 and they perform really well. It’s not too tall as well so it should be considered if space it tight. For this cooler to perform as well as it did and how quietly it ran, I would dare say it is the best possible ‘under $40’ cooler available. 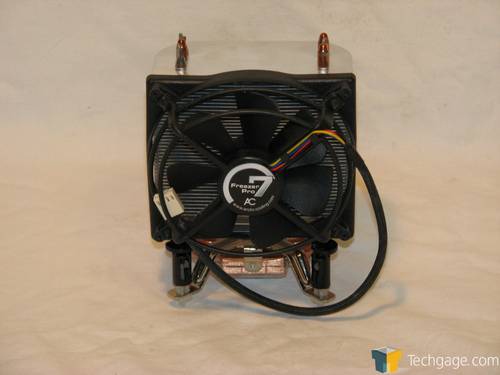