The Silent Square PRO is one of the more feature-packed coolers. It is packaged with a digital fan controller and a large pile of hardware for all socket compatibility. The mounting hardware took some concentration and thorough reading of the instructions, but it was not too bad.

At stock speeds this cooler performed quite well with the fan on high. It was slightly noisy, but overall nothing worth ‘whining’ about. It was unable to handle the test CPU at the overclocked settings, most likely due to smaller-than-average heatpipes. They can be had for around $60. 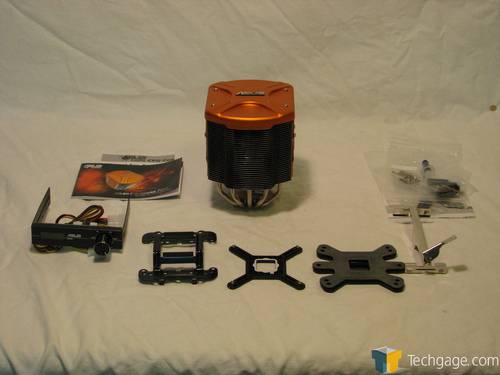 The Silent Square EVO is very similar to the PRO model. The only discernible difference is colors and a slightly more powerful fan. It comes with hardware for all socket compatibility and uses the same mounting configuration as the PRO. It was able to do a good job at the stock CPU speed without a lot of noise as well. It was unable to handle the overclocked settings again due to the smaller than average heatpipes. They can be had for around $60. 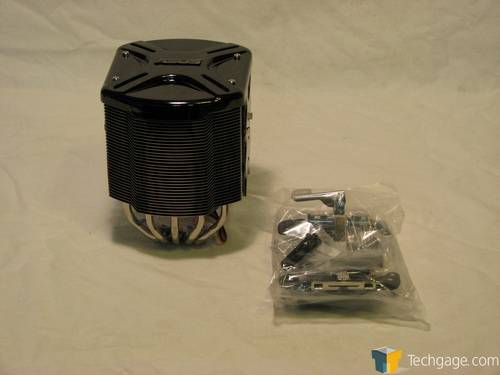 The Silent Night 2 is a completely different design than the other ASUS coolers tested. The fan was very quiet and did a good job cooling the stock-clocked processor. It too, however, was unable to handle the overclocked speeds used for the testing.

ASUS really needs to step up the size of their heatpipes. While none of their coolers used were specifically rated for the Core 2 Quad Extreme processor we used, it would make an average product better with such a simple change. It also used the same mounting design as the other ASUS coolers. They can be found for around $55. 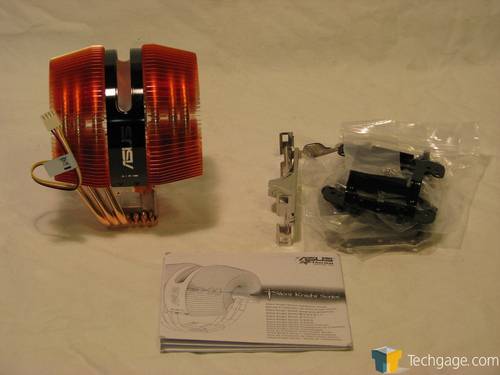 Up next is the new SilverStone NT08. The included mounting hardware was somewhat unique and it should fit all S775 and AMD systems. The included fan was also unique with its blue blades and worked very well with very little noise. One thing I wasn’t ready for was the incredible cooling-ability this package gives. I’m not sure when it will be released to the public, but it can keep up with the best of the best, so stay tuned for more info when it becomes available. 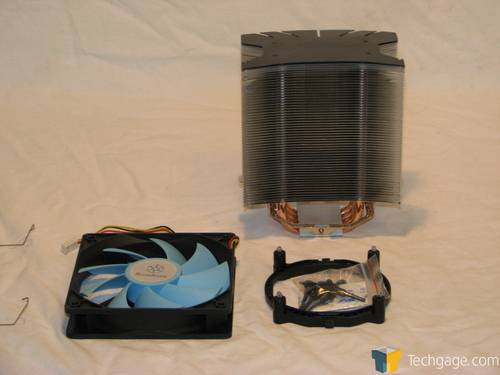 Addendum: SilverStone e-mailed us to let us know that they have decided to not release this cooler.

No roundup would be near complete without including the venerable Tuniq Tower. This cooler has set the standard for some time and still holds its own against newer competitors. The mounting hardware isn’t the most user friendly, but once it is installed it does work well. It is very large so be sure to take that into consideration.

The fan is slightly noisy when set to maximum, but the included PCI slot mounted fan controller helps tame it when you don’t need maximum CFM. Other coolers may beat it by a degree or two, but there is no denying it is still one of the best performers. They can be found for $50. 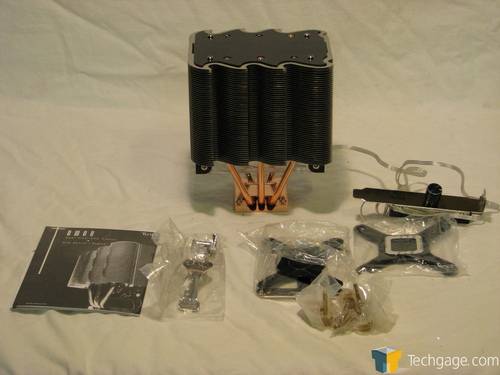