Finding a good mobile RPG that’s actually worth its weight in megabytes is tough, but finding one that’s completely free is even tougher. Enter CrazyQuest, a game inspired by old-school MUDs, MOOs, MUSHes and even D&D. It features rudimentary graphics, never takes itself seriously, but still manages to be totally gratifying.

There are a lot of bad games on the mobile platform. A lot of bad games. Many of these games cost good money, which makes it all the worse. But, there are also a lot of great games – and many of these don’t cost much, if anything. But there are few games that give you a little sense of glee time and again by just being great at being themselves – laughing at the bad spots, refining the good spots, constantly improving while never forgetting their bedroom beginnings. CrazyQuest (CQ for short) is just such a game – and even better, it’s free (as in beer!).

CQ is a mutt, for sure. Part old-school top-down RPG, part MUD, part MUSH, and part IRC chatroom, the game reeks of nostalgia for gaming days of old. Days where a picture of a thing one-hit kills you with text-based descriptions and sends you crying back to the town priest. Days where monsters didn’t explode like little loot piÃ±atas, and you had to farm a section of a game for days to get the item you wanted… just to find you’ve leveled up enough that it’s not all that useful anymore. Days where the game owned your puny butt until you clawed at it enough that the victory felt like a real accomplishment – to then find a bigger mob at the next point. 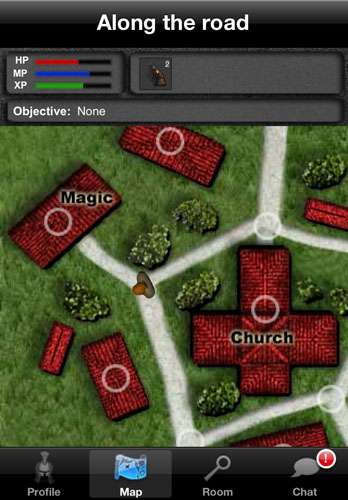 The game is old-fashioned grind-em-up Everquest-style “RPG”ing. You should take the RP in that with a grain of salt… story isn’t exactly on the menu. Instead, you appear as a recruit in a barracks, get a quest, and start being thrown into the world at large. Kill stuff, gain levels, get gear, repeat. 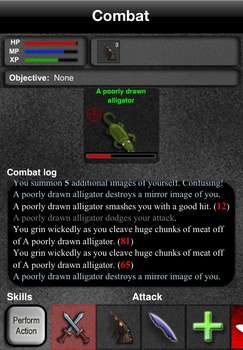 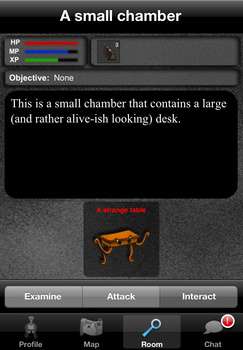 The odd blessing is in just how slow that process is – where modern Diablo-clones throw loot and levels at you like candy, CQ grinds that slooooooow axe where every level feels like it means something. In between levels are plenty of opportunities to upgrade your skills, but overall progress is anything but instant. Instead of being addicted to constantly spewing new shiny objects, CQ hooks you by making you truly work to beat that next battle. And what little you DO get in shiny toys is often not the skill you just improved, making each upgrade a decision between what you have and what you’ve already invested in. The result is wonderfully satisfying.

The dungeons are varied, the quests are straightforward and the artwork is… well, abysmally bad. However, the entire game has a retro flare and a tongue-in-cheek feel that makes it all fit together tightly. In the swamp, for instance, there is both “A Poorly Drawn Alligator” at one end and “A Photorealistic Snake” at the other. Take a wrong turn in the mines to run headlong into “An Unexpected Dragon!” Nothing takes itself too seriously and the game’s designer has incorporated a touch of humor into pretty much everything. 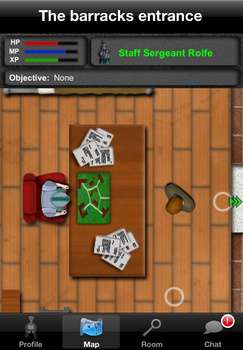 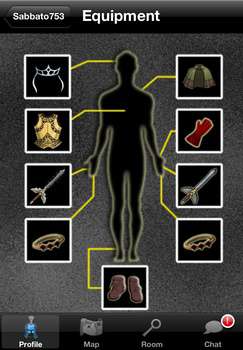 Along with the humor is a lot of homage: CQ pokes at and bows to great games like Mario, Zelda and Pac-Man. For instance, the whole area of Dreamland (which is introduced by the quest “Kill Princess Leech!”) pokes irreverently at Mario’s beloved and her constant troubles. Save up enough money and you can buy the Ganonsmasher, perfect for beating on the archenemy of Zelda. Even long-time players are paid a note of thanks by becoming foes in the game.

The best part of CQ though is easily its community. The creator (who goes by “Admin”) is on regularly (as in multiple times a day) and talks with new and old players alike. The older players (CQ has been out about a year now) are regularly around and there’s almost always at least a little conversation going on in the chat. The game gets new areas and is well-maintained, and complaints and suggestions are heard (and usually mocked appropriately). You really couldn’t pay for better response, and it’s amazing you don’t have to here, given the time investment by its creator. 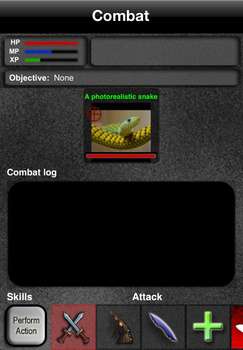 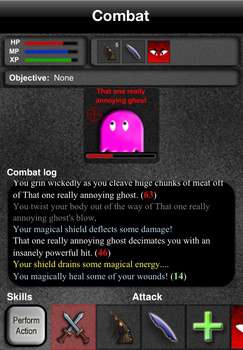 In fact, the only real downside to CQ is that the game is plagued with balance issues – Admin is a one-man-show who adds to and maintains the game as his hobby, meaning a lot of things end up “OTL” (“on the list”). Between bug fixes, chatting with players and making new content, this normally crippling oversight starts to melt into the background and become part of the “charm” of the game, and as such can usually be forgiven. If it works, well, hey… “at least it works!”

To aid in patching and maintaining the game, CQ is written as a client/server relationship, requiring some sort of data connection at all times. This may seem like an odd choice, given that the game is completely a single-player experience – however, like a lot of the old-fashioned MUDs, it allows the administrator to quickly resolve problems, correct balance issues and add new content. It also allows for the chat and the “CQ Radio” music to be streamed, which are part of the fun. 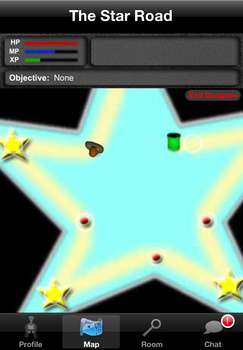 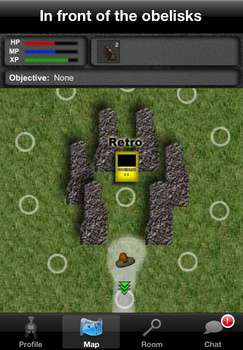 In all, CrazyQuest is an odd mashing of old-school ideas that works very, very well. The humor is good, the game progresses along nicely and keeps you on your toes, learning new skills to go with new items and trying desperately to beat that next big fight. Add in a community that actually is fun to be a part of and a game designer who never stopped designing it and you have a terrific way to wile away a few hours… or more.

If you decide to check it out, look for me in chat as Sabbato753. See you there!