It wasn’t long at all before Creative had something to say about ASUS’ claims regarding EAX 5.0 functionality, however, and we soon received an email from Creative Technology’s VP of Marketing Communications, Phil O’Shaughnessy, claiming that by mapping EAX reverb functions to their DirectSound3D GX (“Game eXtensions”) effects engine, ASUS was not providing a “genuine” EAX experience, and was “misleading” customers by claiming to support EAX 5.0 functionality.

What we’ve gathered from Creative’s statement is that the ASUS approach simply allows the Xonar sound card to render 128 simultaneous voices, but it’s still limited to the EAX 2.0 effects palette (Environmental reverb and occlusion). Here’s a quick breakdown of how the EAX versions compare to one another: 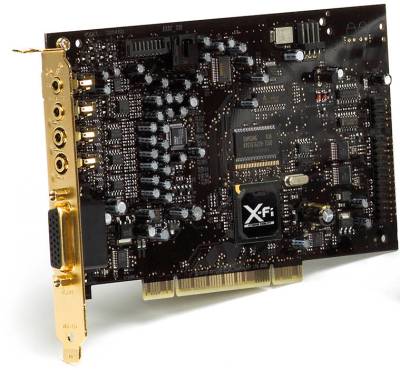 ASUS countered that while their DS3D GX 2.0 engine simply emulates the environmental reverb effects of EAX 5.0 in software, instead of relying upon a dedicated DSP chip, they believe the software-based DSP approach is superior because it can work directly through DirectSound3D, instead of requiring an ALchemy-style solution based on a third-party software API, so it’s automatically compatible with all DirectSound3D games under Windows Vista, while ALchemy is only verified to work with a limited number.

In addition, though ASUS states that they “respect the capability of a dedicated DSP processor to offload the CPU work”, they found that performing the signal processing associated with positional 3D audio in software instead of on dedicated hardware had a minimal impact on overall system performance during gaming, and question the necessity of hardware-accelerated positional audio and environmental effects on modern gaming PCs.

In their response to Creative’s criticism, ASUS also jabbed at the exclusive nature of Creative EAX, writing that their implementation was not “locked behind specific X-Fi cards”, and that software DSP effects such as those provided by DS3D GX 2.0 offered advantages in “flexibility and universally guaranteed user experiences.” 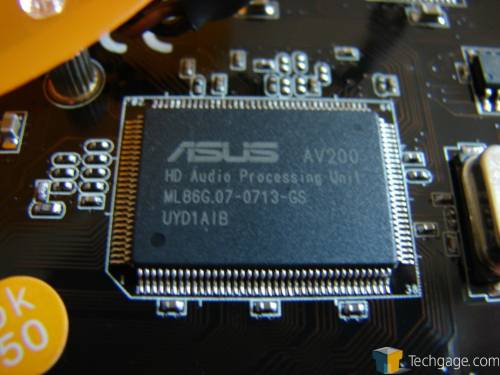 Taking another look at the above list of EAX versions and their features, however, there are other EAX functions that ASUS does not claim to have matched with the new DS3D GX 2.0 engine. Among them are EAX Environmental Panning, simultaneous environments, flanging, distortion, ring modulation, EAX Voice, and Environment Occlusion. They might be in there (or their equivalents), but we haven’t heard.

So, to recap: While ASUS support of EAX 5.0 isn’t true “EAX” – they haven’t licensed anything from Creative – the DirectSound3D GX 2.0 extension set aims to free the positional 3D audio market from Creative’s grip by performing the same functions in EAX 5.0-enabled games, without the Vista compatibility issues of hardware-acceleration, and the half-baked ALchemy solution.

This article seeks to answer one question – Are you likely to notice a difference between ASUS’ DS3D GX 2.0 and Creative’s EAX Advanced HD? We’ve got cards, and we’re not afraid to use them…