Eidos’ Kane & Lynch: Dead Men is an EAX 3.0 game, but according to ASUS, EAX 3.0 functionality should still be supported under DS3D GX 2.0. This title is another one that surrounds the user with action, however its positional audio effects are more subtle than BioShock’s. The first chapter, “Impact”, begins with Kane and another prisoner (who will later be identified as Lynch) escaping from a prison van and being rescued by masked gunmen through a hail of gunfire. 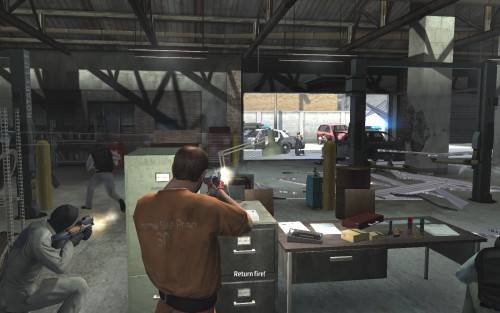 With the Xonar card, during the first chapter of Kane & Lynch, environmental sound changes were so subtle that they might be easily missed. However, the audio of the Xonar sound card was clean and free of the random pops and crackles that were noticed while testing in BioShock. As Kane runs into the alley after being rescued from the back of a truck, the sound of the gunfight in the street is occluded by the wall, and the amount of reverberation increases slightly.

The most noticeable change in environmental acoustics during the first chapter occurs when Kane, the other prisoner, and the gunmen make a stand in an abandoned donut shop. As Kane enters the smaller space covered in hard surfaces, there’s an audible change in the sounds of gunshots originating from outside the structure, as well as an additional reverberant character to voices.

In the second chapter, “Trial”, the abandoned shopping mall atrium sounds positively cavernous, with a long delay on early reflections. As police officers stream into the space and begin firing and shouting, the number of simultaneous voices climbs, yet echoes sound clear and well-defined even within the mishmash of direct and reflected sound. 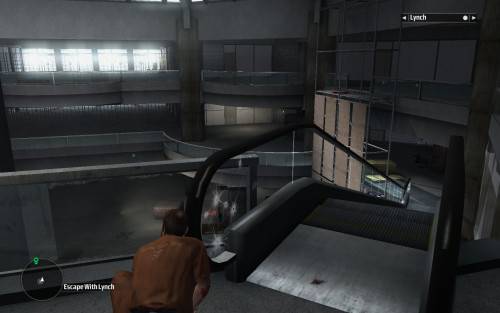 In the case of Kane & Lynch, because the in-game EAX effects themselves are so subtle, there was virtually no noticeable difference when the game was run with the X-Fi card instead of the Xonar. I was a bit disappointed; I tend to prefer it when these things are clean-cut, but in this case there was no clear winner between the two sound cards.

If I had to pick which card I preferred, I’d have to go with the Xonar this time, but in reality it’s too close to call. So why test Kane & Lynch, if it’s only an EAX 3.0 game? Simply to prove that DS3D GX 2.0 also works within EAX 3.0 games, and can deliver an indistinguishably similar result.

Next, we’ll take a look at a third and final game, one which Creative suggested that we use in our testing: Human Head’s Prey.