It has been quite some time since we’ve taken a look at a Ballistix kit. Over a year, in fact! The Ballistix PC3200 kit was actually the first ram kit review we had, so looking at this one is like deja vu. Back then, that kit had offered great performance and good overclocking ability. I am hoping to see a repeat of those results today.

Despite the fact that Crucial is a huge stature in the US memory market, they are not that much of one in the enthusiast circles. Don’t get me wrong, they have their fans like any other company, but most people will first consider running to the likes of OCZ, Corsair, G. Skill and others. The primary reason I believe this to be the case is that Crucial doesn’t advertise their gaming kits like those other companies do. More times than not when I see a Crucial ad, they are advertising SD cards instead. Quite hard to overclock those.

Crucial is still very much important to performance memory though, but its due to the company behind them. Micron is the company responsible for all of the chips in the Crucial line-up, but also the majority of enthusiast modules on the market. Out of the last five memory kits I have taken a look at, four of them were using Micron D9 chips. The question remains… does Crucial save the best chips for themselves? We may just find that out today.

Crucial packages their modules unlike any others I can think of. While most stick to the popular plastic blister pack design, Crucial packages each individual module in an anti-static package, and then sets them inside a small box. Inside the box is a small divider, so that the modules don’t go flying all about. While this is a different idea, it’s designed to keep the modules secure until you get your hands on them. 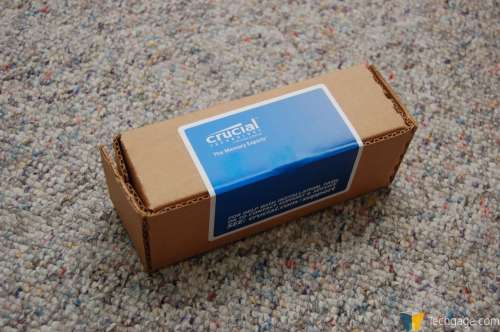 Inside you will find the modules, an installation guide in addition to a coupon for iolo System Mechanic 6. The offer is to get the program for only $10, or $30 off the regular price. We don’t recommend anyone to take advantage of this offer unless you are willing to put up with a borked machine. Both Matt, myself and others on our forums have run into problems with the product. 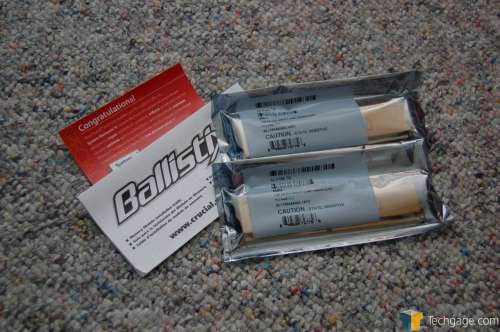 The modules themselves use the classic Gold Ballistix heat spreaders. The only other Crucial modules that use different spreaders are the Tracer series. 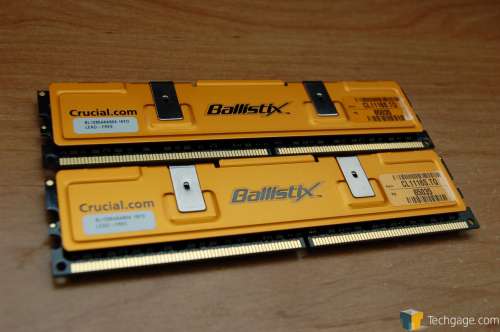 I think the main reason Ballistix modules stand out in the crowd is the fact that they use a black PCB, as opposed to a green one which most others use. This adds a lot to the style in my opinion. Here are some additional product shots: 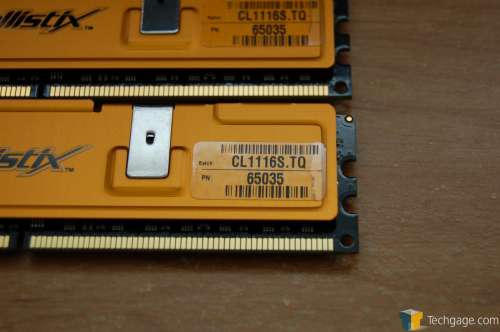 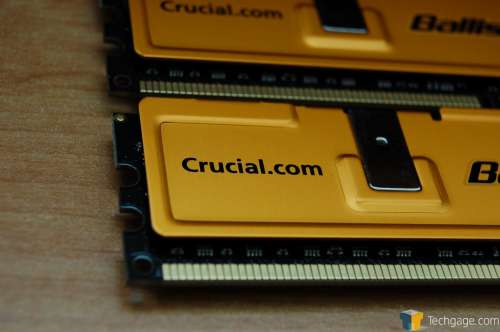 Now that we have you introduced, we can head on into the technical information and testing methodology.