First up is Sandra and we see good results all around. However, the 7200 modules beat about the Ballistix in each and every round. 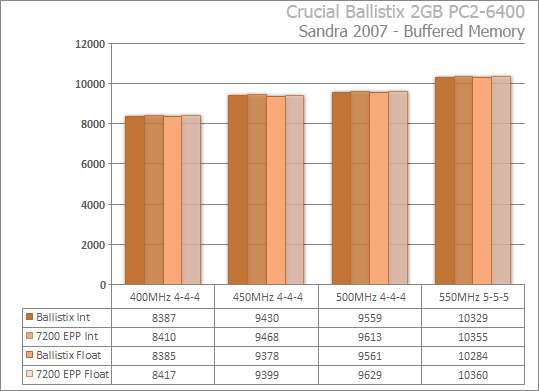 The same results are here… Ballistix falls just a little behind. 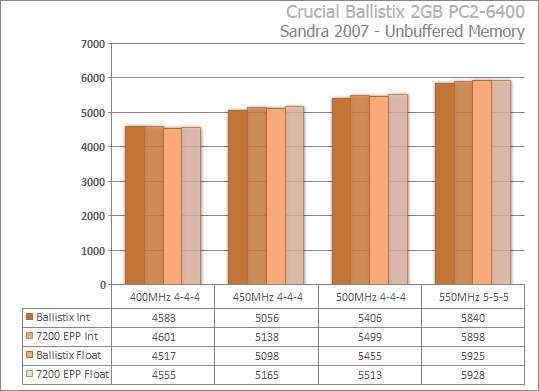 Everest proves a little more interesting. Though the first two sets of results declare a clear winner, the latter two are far closer to one another. That’s what I like to see from two sets of modules at the same speeds that use similar chips :-) 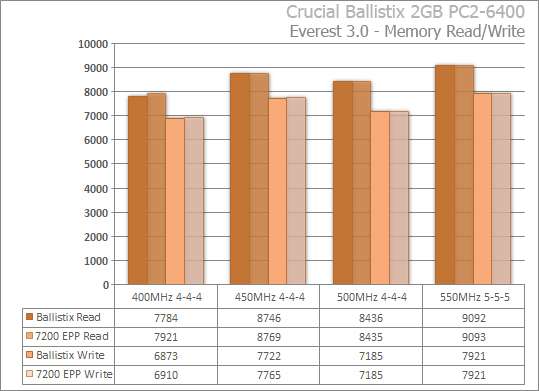 The latency tests give us even more varied results than the Read/Write ones. While latency doesn’t matter -that- much in most applications, the top overclock proved 1.5ns apart in the 7200’s favor. 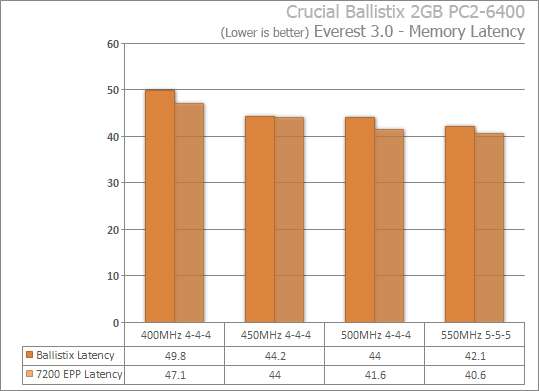 Like in the Everest Read/Write tests, we are seeing something similar happening. The Sciencemark results for example, prove the 7200 to be the faster kit in the first few settings. However, 500MHz and beyond, the results are much tighter between each kit. The PC Mark results are the most interesting by far though. At the first two settings, there is a huge differential between the two… this time in the Ballistix favor. I can’t begin to understand why the huge difference, but it’s there. The final two settings proved close, but the Ballistix took the cake.

The same goes for the 3D Mark tests.. Ballistix won! 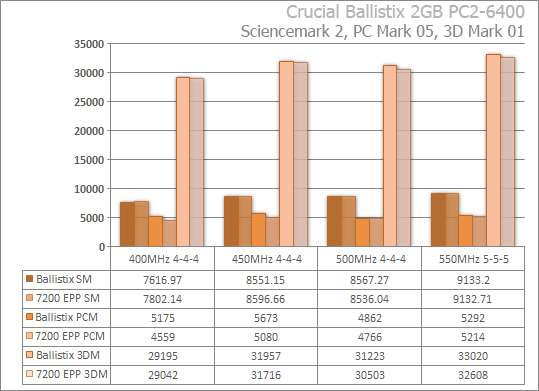 Let’s move onto our Super Pi results, and also our conclusion.