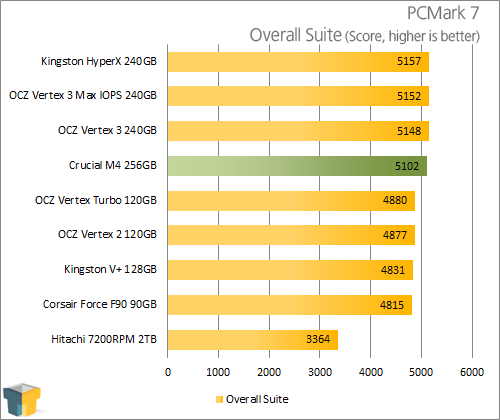 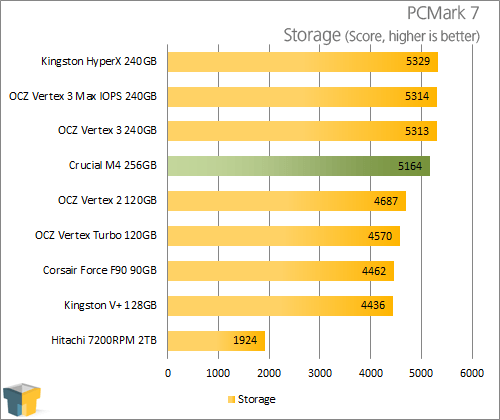 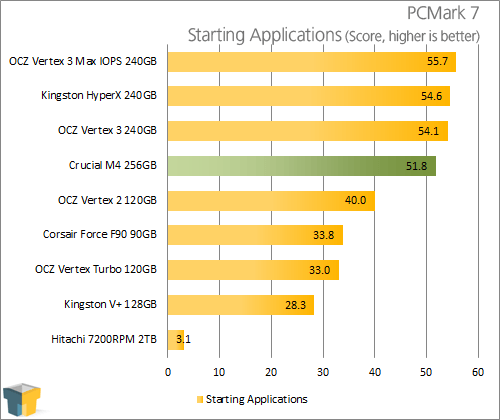 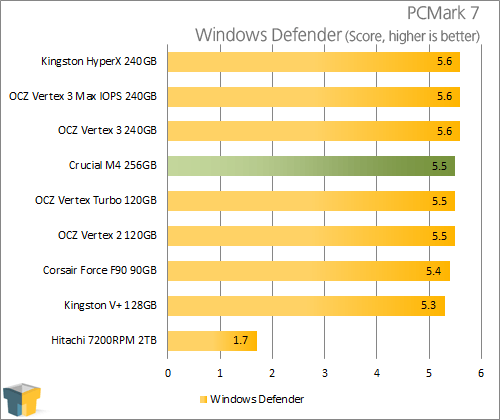 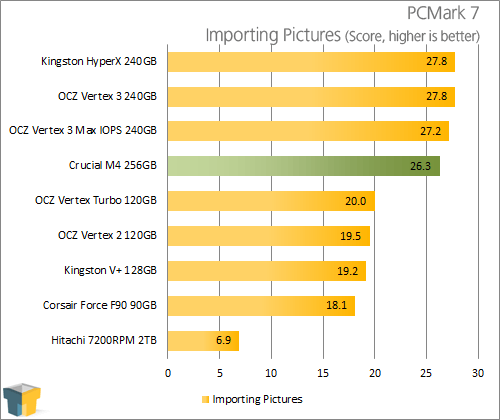 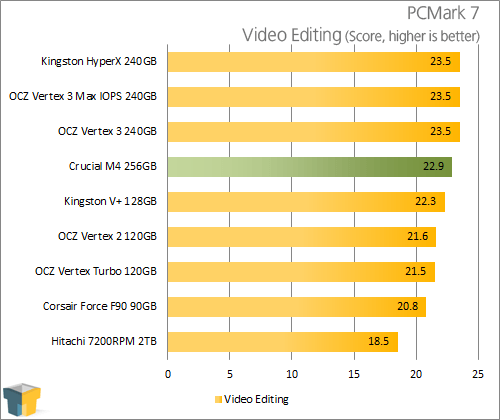 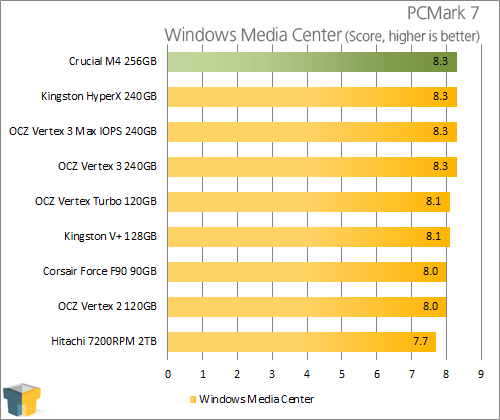 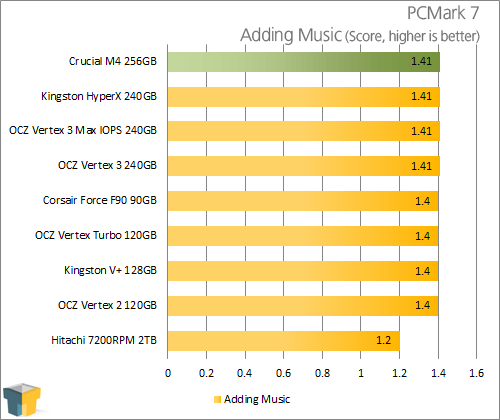 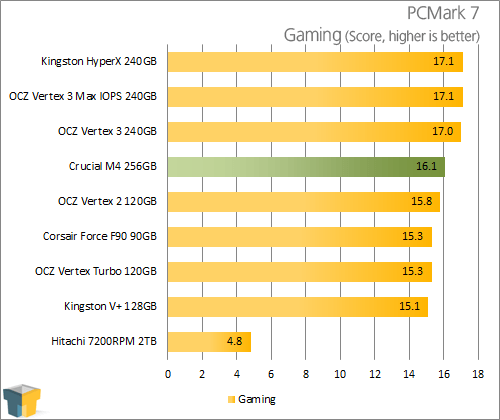 The m4 solid-state drive slots into a close fourth, clearly hanging with the big guys in the array of results. Given the top drives are all SandForce SF-2281 powered, the M4 is starting off by delivering a very strong showing for a non-SandForce drive.