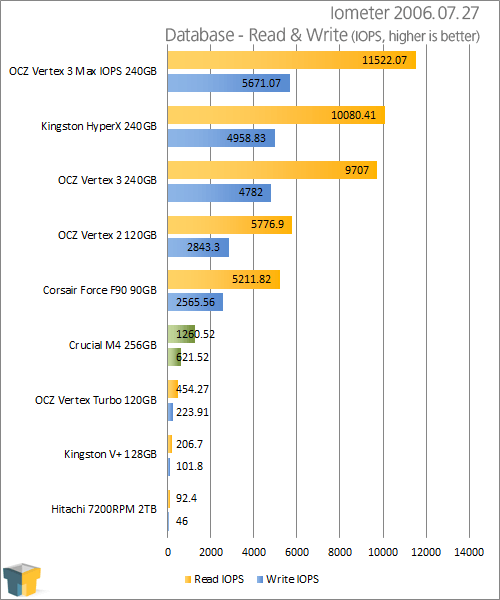 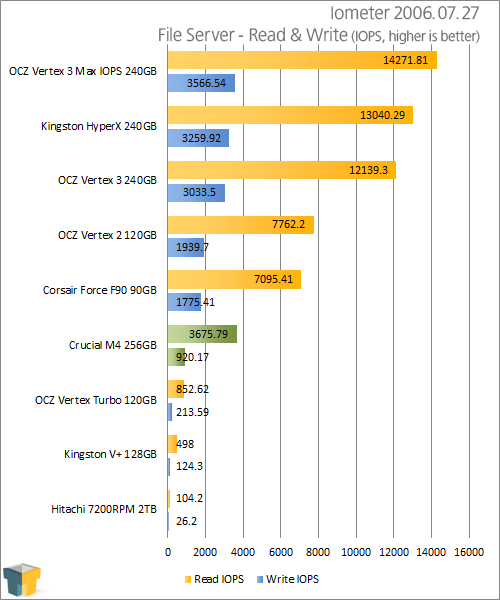 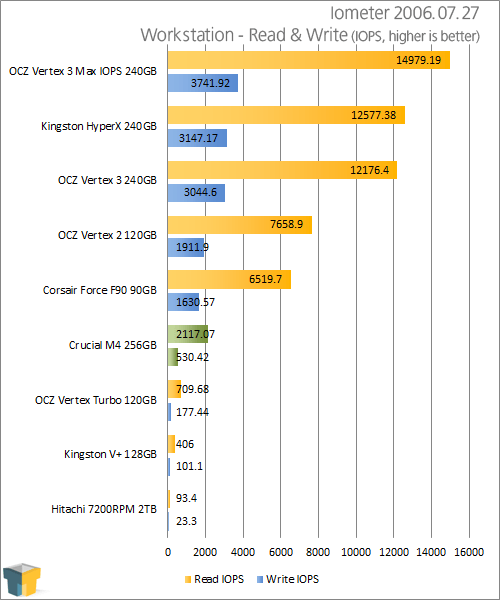 Iometer may be a hard program for users to translate into real world performance, but it is one of the few programs that can truly stress this latest models of SSDs now available and illustrate the differences between them, let alone show what they are truly capable of. Any SSD that does well here is capable of the toughest load conditions found in server racks, so suffice to say it can withstand any usage scenario a desktop user might throw at it.

Intense random I/O loads turns out to be the one Achilles heel for the Crucial m4, or specifically the Marvell controller inside. That said, the performance here more than exceeds that needed for desktop use. A quick glance at our 7200RPM drive will show just what a typical hard disk drive is capable of, which by comparison makes the Crucial m4 look like a speed demon. 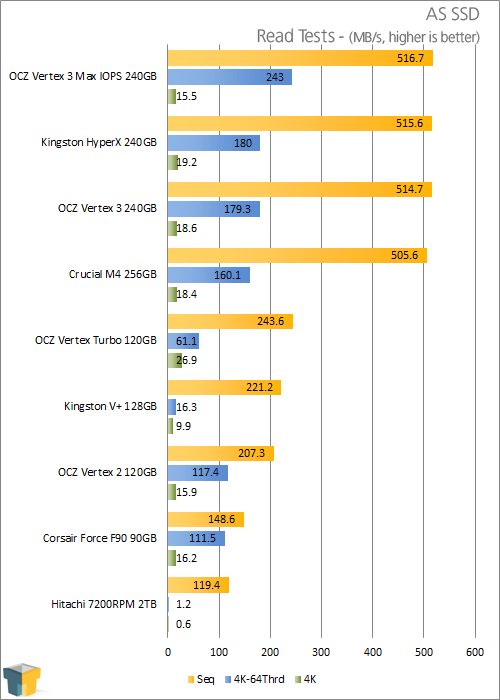 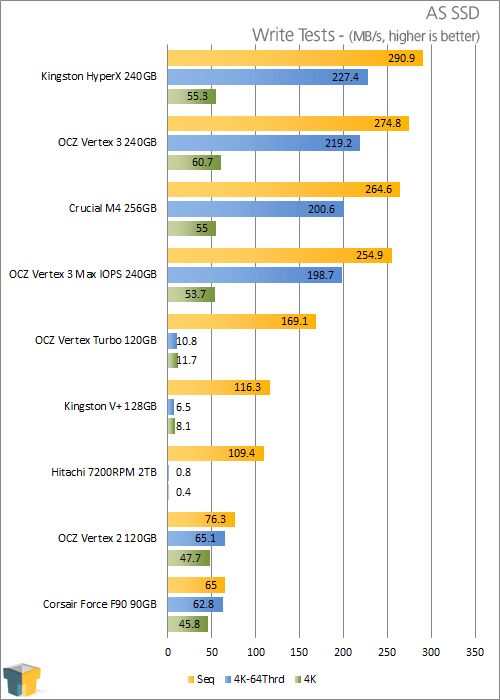 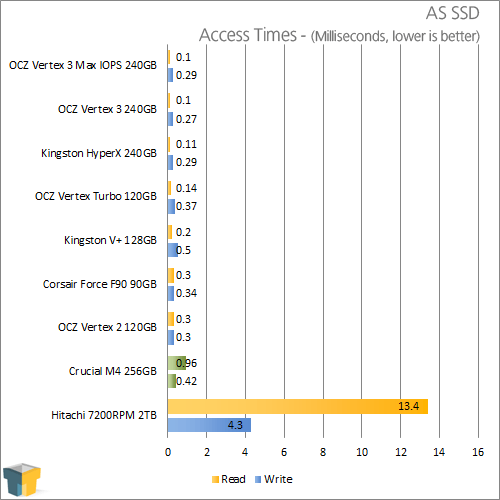 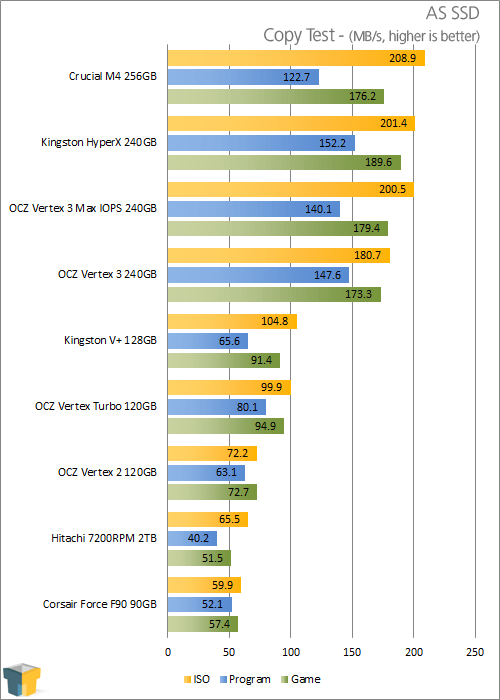 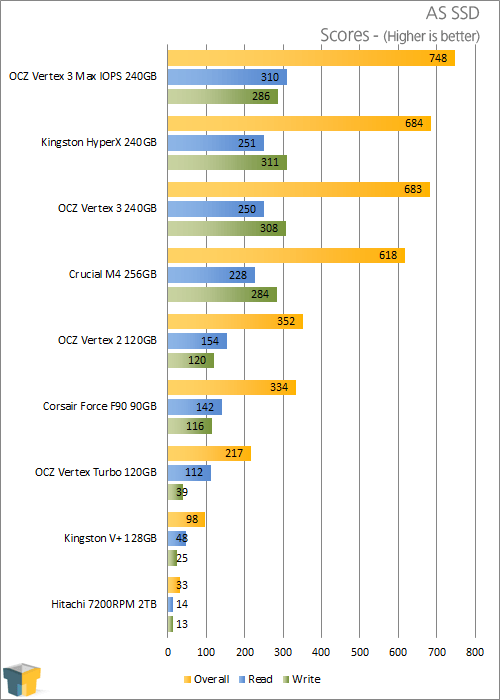 4K-Thrd is similar to the 4K test but spawns multiple requests; basically this tests how good the SSD is at handling multiple file actions at once, aka queue depth. Queue depth wasn’t an issue with HDDs as they were generally too slow to handle more than a few simultaneous IOPS at a time, but with SSDs it is important to have a good controller with a high queue depth.

The m4 has no trouble keeping pace with the other SF-2281 powered drives in AS SSD’s tests, and even trades places with several of them. All around the Crucial m4 SSD does well, with the final score tallying just slightly behind the SF-2281 drives, but still in an entirely separate league from all the other drives in our test.