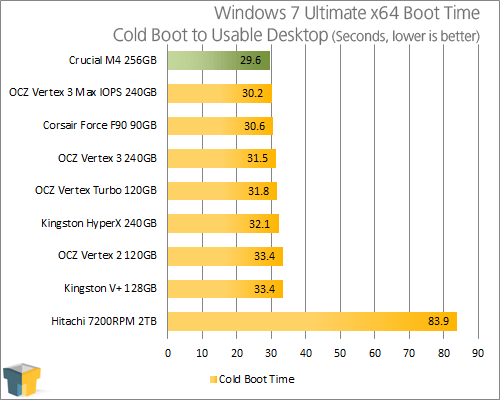 Crucial’s m4 has no trouble taking first place in our boot time test, by half a second. Although half a second may not seem like much, in the context of a mechanical drive the m4 gets the system booted in almost one-third the time. This result mirrors the strong performance demonstrated in our light batch test, where only an additional five seconds was needed to launch everything from Photoshop CS5 to MS Word, Excel, and Powerpoint, along with other background applications. 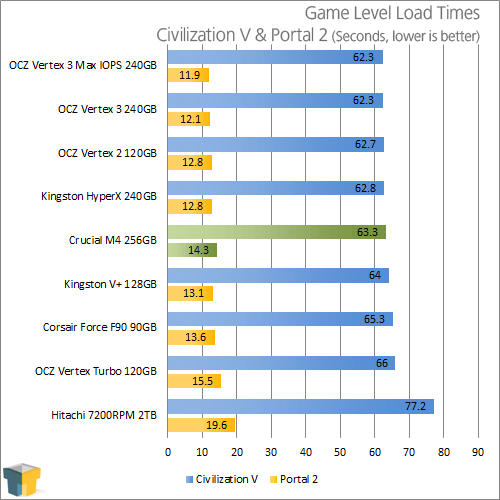 With game load times the m4 is average, although there isn’t much room for SSDs to distinguish themselves here. Any SSD will make for a noticeable and welcome improvement over game launch times and level loads compared to a mechanical drive.