The saying is true; you never forget your first time. I remember it like it was yesterday. I was excited and scared at the same time. I had not put myself out there for anybody to see like that before. After a while of showing interest, I got up the courage. The two of us had talked about whether or not I was ready, but then the big day came. I took a deep breath, closed my eyes and before I knew it… Rob published my first review here at Techgage.

Well, what did you think I was talking about?

Like the product in my first review, this one is also about a 5.1 surround-sound gaming headset; only this time it comes from Cyber Snipa. The Sonar 5.1 Championship headset seems to borrow many traits from the previous headset I looked at, Arctic’s P531, so much so that I thought they were carbon copies. But, looks can be deceiving.

The headset itself is USB-based, meaning, while it is plug and play, it requires drivers to take full advantage of the options when it comes to configuring surround sound. Inside each cup are four separate speakers comprised of the front (30mm), center (40mm), rear (30mm) and subwoofer (27mm). This configuration allows the different channels to be presented separately to help with positional awareness and depth of sound.

After opening the retail box, users are presented with a black canvas bag that contains the headset. It sports the brand and product names in red and will be a nice little perk for those who take their gear on the road. 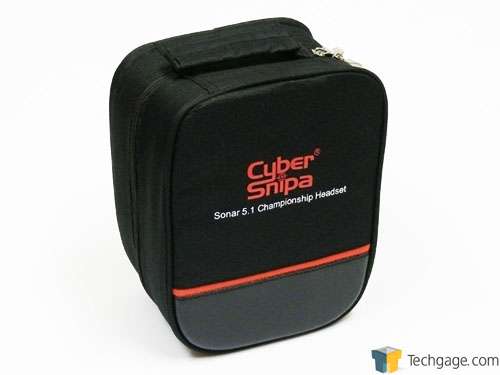 Opening up the case shows off the headset itself so I’ll start at the cups and work my way around. 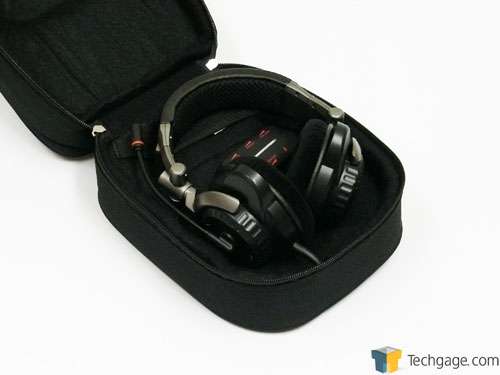 The cups are large enough to fit over my entire ear and look to have openings to allow outside sounds to get through. The soft padding that rests against the head is covered by a plush-like fabric and the inside of the cups have more padding to stop any high spots on the ears from hurting under the pressure of being pushed back. 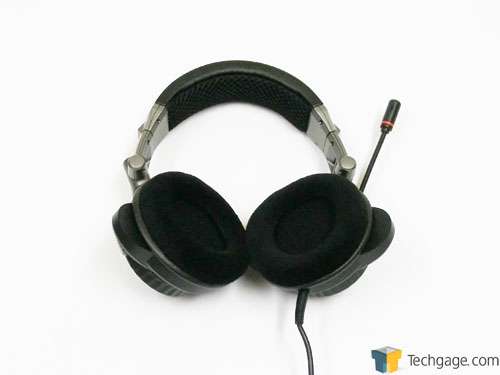 The outside of the right cup features the brand and headset name in red along with both showing off red accents behind the open area. Thanks to the way they are connected to the headband at three separate points, each cup can swing 180 degrees outward but also swivel 90 degrees in the opposite direction. 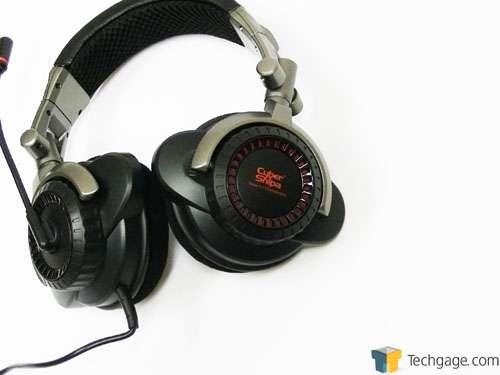 The third range of motion allows the cups to fold up into the headband to save space. Each cup is also labeled with a red L or R near the hinge to ensure they are worn on the correct ears, although given the position of the microphone as mentioned below, I’m not sure how one would make this mistake. 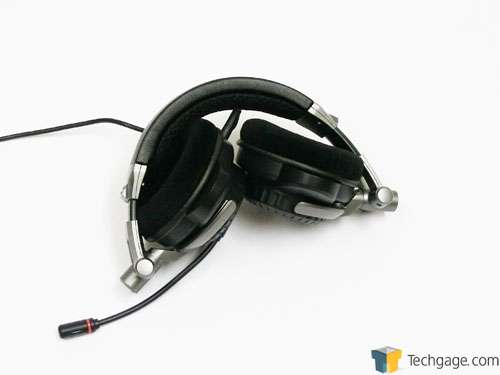 The microphone is attached to the left cup and allows for a good range of movement. From a 90 degree straight-up position, it can swivel down about 130 degrees. While rotating the mic, there is just enough notched resistance to keep it in place without making it hard to move in the heat of battle. The arm of the mic is very flexible allowing it to be adjusted to just the right angle in order to best pick up the user’s voice. At the end, the red accented, noise-cancelling mic should keep most noises from the immediate environment filtered out, such as some loud case fans, a clicking keyboard or the pet cat; Mr. Fluffington who is looking for attention while a player is on a kill streak. 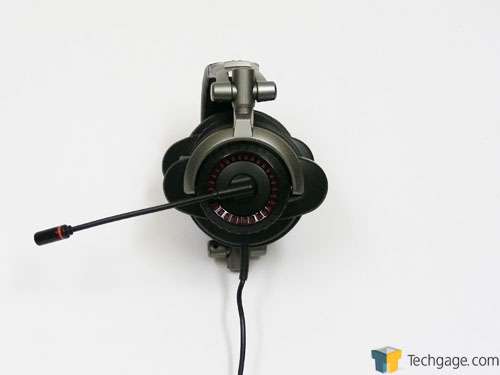 Moving to the headband, the sizing is changed by pulling or pushing on the cups. When extending the headband, each side is numbered and much like the mic, features notched resistance to keep everything in place. The outside top of the headband features the Sonar name while the inside has some additional padding to help reduce the weight that the headset will place on the top of the head. 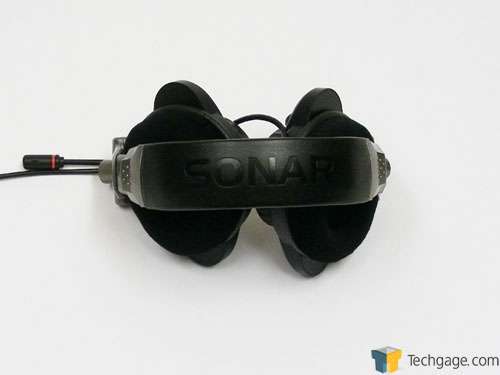 Last but not least, there is in-line volume control. Just shy of a meter down the 3m cable leading from the left cup, the volume control gives users the ability to independently set the volume of each set of speakers. It also features an overall volume control and a switch to mute the microphone. When no sound is playing, a yellow LED bar stays lit and flashes off and on when sound is being delivered. 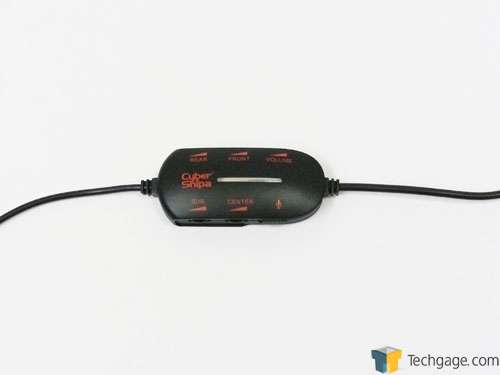 Included in a separate zippered section on the back side of the bag that stores the headphones is a mini-CD containing the audio driver and an instruction manual. Users will find information on how to connect the headset and use the included software. 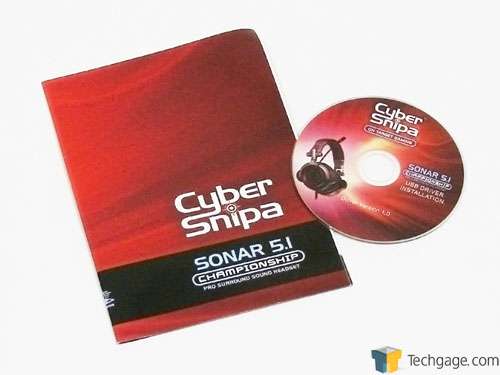 The software seems to be the same that has been used with surround sound headsets that we have reviewed in the past so let’s have a quick look at that next.